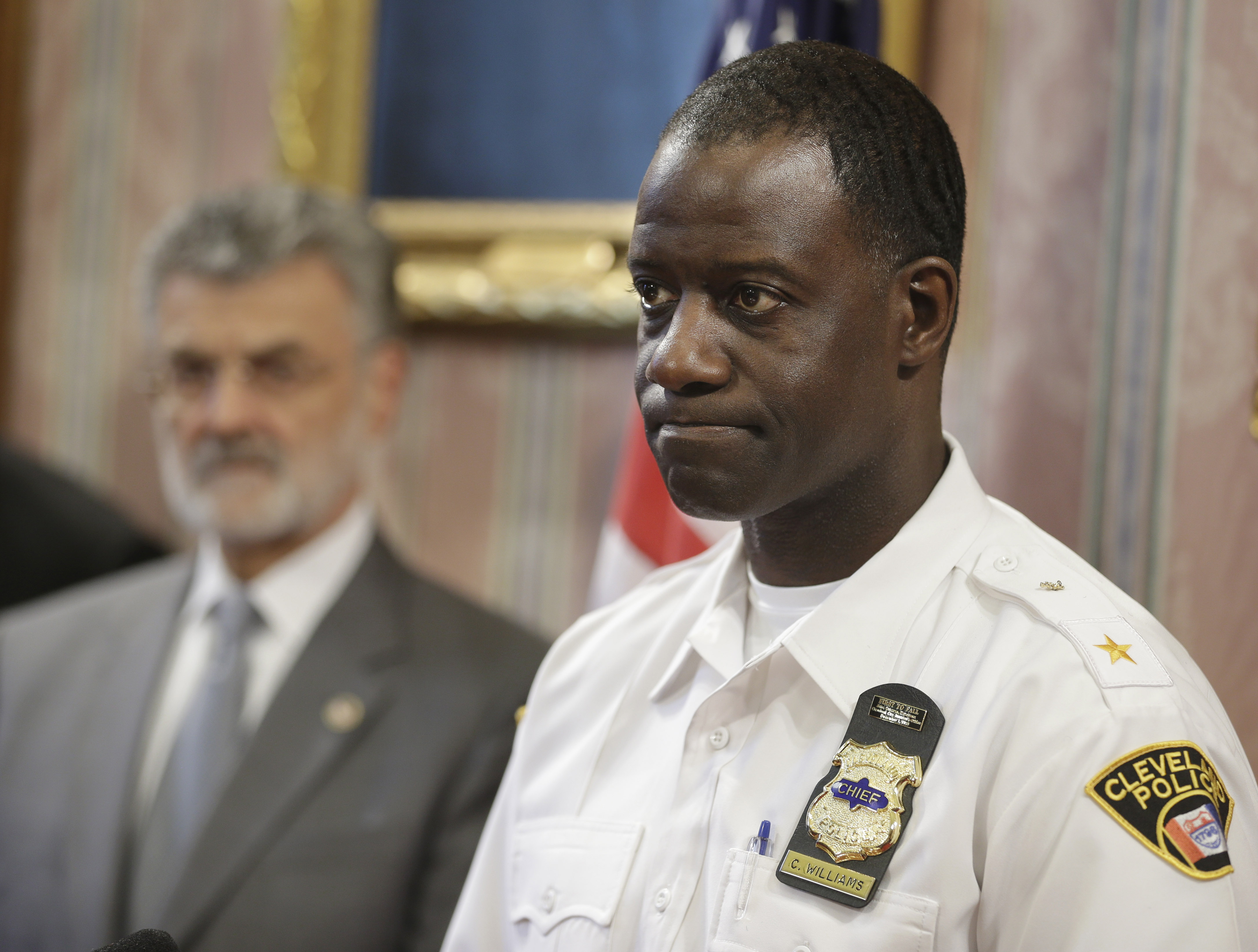 CLEVELAND -- A grand jury on Friday indicted six police officers involved in a November 2012 car chase that ended in the deaths of two unarmed people, was decried by critics as a racially motivated execution and is part of a wide-ranging federal investigation.

The grand jury indicted a patrol officer on two charges of manslaughter and five supervisors on charges of dereliction of duty for failing to control the chase.

Cuyahoga County Prosecutor Tim McGinty said, based on the law, he didn't seek charges against the other 12 officers who fired shots that night.

"No one respects or admires the work of a dedicated professional police officer more than a prosecutor," McGinty said. "They are heroes, but they too must answer to the law."

Patrol officer Michael Brelo, indicted on manslaughter charges, fired at least 15 shots, including fatal shots, while standing on the hood of the car after the vehicle was trapped by police cruisers and other officers had stopped firing.

"The driver was fully stopped. Escape was no longer even a remote possibility. The flight was over," McGinty said.

He said a U.S. Supreme Court ruling earlier this week made clear that officers are prohibited from firing on suspects after a threat to public safety has ended.

McGinty said investigators established that the victims were unarmed.

Cleveland's police department has been dealing with the fallout from the chase, which involved five dozen cruisers and wove through residential neighborhoods, onto Interstate 90 and eventually ended with gunfire in East Cleveland. Officers fired 137 shots.

Driver Timothy Russell and passenger Malissa Williams were both black, and no weapon was found. The police union has defended the officers' actions and said the driver was trying to ram them.

The police department is now under a federal investigation into the use of force that goes beyond the car chase.

Police officials announced in early March that it now will limit when and how long squad cars can chase suspects. The revamped policy was in the works before the deadly 23-minute chase, but what happened did influence the new guidelines, Police Chief Calvin Williams said.

A review of the chase led to suspensions for 63 patrol officers who the city said violated orders and department rules.

Police don't know why Russell, refused to stop. Russell, 43, had a criminal record including convictions for receiving stolen property and robbery. Williams, 30, had convictions for drug-related charges and attempted abduction.

An investigation by the Ohio attorney general blamed police leadership and communications failures in the chase.

McGinty said investigating the chase was complicated by the fact Cleveland cruisers don't have video cameras.