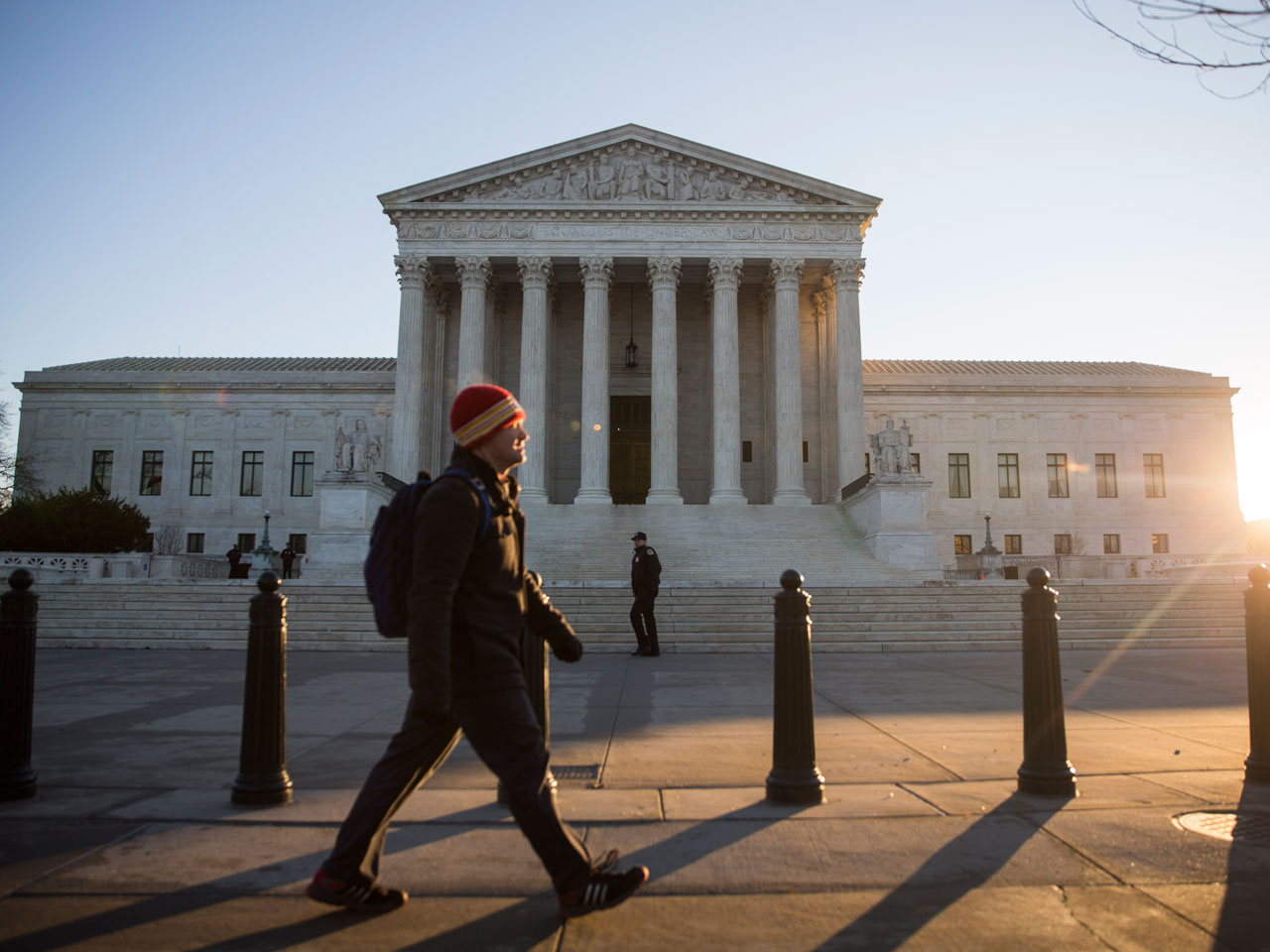 WASHINGTON -- The Supreme Court is inappropriately signaling it intends to clear the way for gay marriage across the nation, Justice Clarence Thomas complained Monday in a stinging dissent to the court's refusal to block the start of same-sex marriages in Alabama.

Bitterly objecting to Monday's action, Thomas provided a rare insider's perspective on the widely held view that the court's embrace of gay marriage is a done deal.

Thomas filed a dissenting opinion after his colleagues rejected Alabama's plea to put a hold on same-sex marriages in the state until the Supreme Court resolves the issue nationwide in a few months.

He criticized his fellow justices for looking "the other way as yet another federal district judge casts aside state laws," rather than following the customary course of leaving those laws in place until the court answers an important constitutional question.

"This acquiescence may well be seen as a signal of the court's intended resolution of that question," Thomas wrote in an opinion that was joined by Justice Antonin Scalia. "This is not the proper way" for the court to carry out its role under the Constitution, he wrote, "and, it is indecorous for this court to pretend that it is."

The opinion was remarkable less for the legal result it suggested than for its open criticism of fellow justices.

After all, many legal commentators have predicted not only the case's outcome this spring (in favor of same-sex marriage), but the vote (5-4) and the author of the majority opinion (Justice Anthony Kennedy).

The number of states in which gay and lesbian couples can marry has nearly doubled since October, from 19 to 37, largely as a result of terse Supreme Court orders that allowed lower court rulings to become final and rejected state efforts to keep marriage bans in place pending appeals.

"If you read the tea leaves the Supreme Court is leaving, the bans on same-sex marriage can't be permitted. They're unconstitutional," said University of California-Berkeley law professor Jesse Choper.

Alabama became the 37th state in which same-sex couples can marry, following U.S. District Judge Callie Granade's ruling in January that struck down as unconstitutional the state's statutory and constitutional bans.

Granade had put her order on hold until Monday to let the state prepare for the change, and State Attorney General Luther Strange had asked for the delay to be extended for at least a few months.

Monday morning, probate judges in Alabama began issuing marriage licenses to same-sex couples, some of whom had been lined up for hours.

"It's about time," said Shante Wolfe, 21, as she left the courthouse in Montgomery with wife Tori Sisson. They had camped out in a blue and white tent to be the first in the county given a license.

The Supreme Court often freezes lawsuits in place when they raise the same issue the court already has agreed to decide. And when federal courts declare state laws unconstitutional, "our ordinary practice," Thomas wrote, is to prevent those rulings from taking effect while they are being appealed.

But since October, the justices have repeatedly turned away state requests to keep same-sex marriages from taking place until appeals are resolved.

Alabama's plea was the first since the court stepped into the issue last month to take up a decision by the 6th U.S. Circuit Court of Appeals to uphold laws in Kentucky, Michigan, Ohio and Tennessee that define marriage as the union of a man and a woman.

The court has been silent about the reasons for its actions in the gay marriage cases. It similarly offered no explanation for orders in a series of challenges to state voter ID and registration laws in the fall, or for a decision to allow an execution in Oklahoma to proceed eight days before deciding to hear a challenge to the controversial sedative the state uses in lethal injection executions.

"Part of what gives us all a sense of finality and a sense of acceptance about decisions is knowing that the court has thought about it," said University of Chicago law professor Will Baude, a former law clerk to Chief Justice John Roberts. Baude uses the term "shadow docket" to refer to unexplained orders. "For the public at large, that can over time harm the court's legitimacy."

Thomas has previously made known his support for keeping the same-sex marriage prohibitions in place until the court issues its decision. Although he did not note it in October, he later said he had voted at that time to take up gay marriage when the court rejected appeals from five states seeking to preserve same-sex marriage bans.

Thomas and Scalia also have been in dissent from the three major pro-gay rights decisions at the Supreme Court since 1996, all written by Kennedy. When the court struck down part of the anti-gay marriage federal Defense of Marriage Act in 2013, Roberts and Justice Samuel Alito also dissented.

Michael Dorf, a former Kennedy law clerk who teaches at Cornell University, said the absence of Roberts and Alito from Thomas' dissent Monday suggests those justices could be part of a broader majority in favor of same-sex marriage this year, with Roberts the more likely candidate.

Other than that, Dorf said, the justices' order allowing same-sex marriage to begin in Alabama, "is further evidence that the court intends to reverse the 6th circuit and find a constitutional right to same-sex marriage."