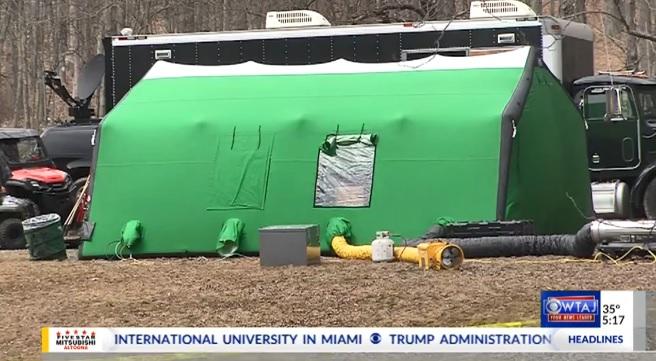 DENTS RUN, Pa. -- The FBI has come up empty at the rural Pennsylvania site where Civil War gold is rumored to be buried. State officials and members of a treasure-hunting group joined the FBI at the site where local lore has it a gold shipment was lost or hidden during the 1863 Battle of Gettysburg.

The FBI said in a statement Monday night that it conducted a "court-authorized excavation" at Dents Run, a heavily forested area about 135 miles northeast of Pittsburgh.

CBS News affiliate WTAJ-TV reports members of the Elk County Historical Society say they believe the gold is just an old wives tale. A member of the society said there is no historical evidence that gold is buried in the area.

The FBI isn't confirming that its dig had anything to do with the legendary Civil War treasure. But the agency says it didn't find whatever it was looking for.

The FBI won't release additional details, saying the dig was related to an "ongoing investigation."