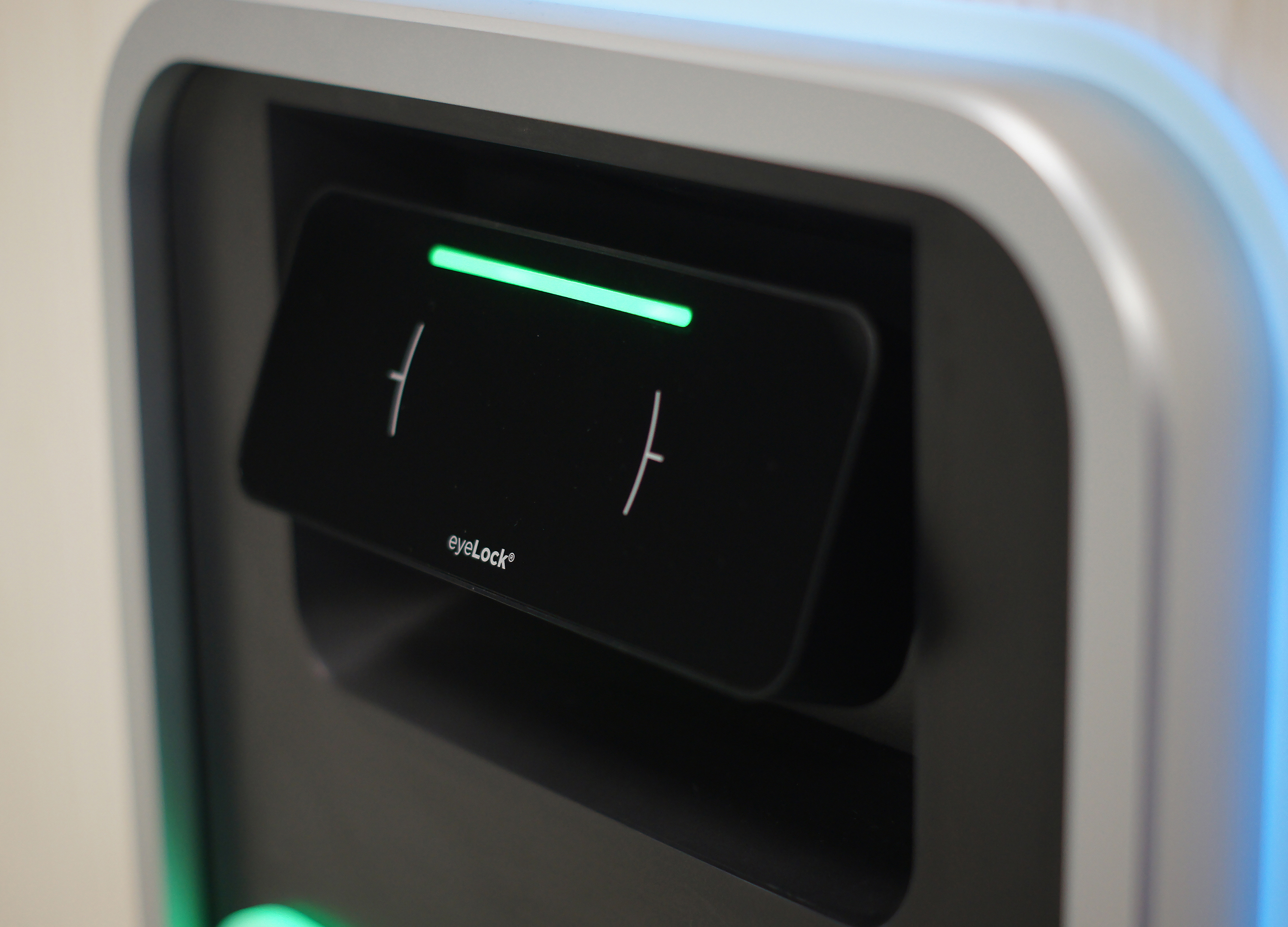 While it sounds like something out of "The Jetsons," there soon might be an ATM that can identify you just by scanning your eyes. Diebold, a company that designs and markets ATMs, is partnering with Citigroup to test a new high-tech, mobile-friendly machine that would allow customers to do away with the current model of carrying around a plastic card.

Diebold is introducing the "Irving model" this week at Money20/20, a financial services trade show in Las Vegas. The machine is being tested by Citigroup in New York.

How does it work? This design is mobile-focused, moving away from the touchpad and boxy screens that consumers are used to seeing at banks. A customer would sign into the machine through a mobile app on their tablet or smartphone to see how much money is in their account and determine how much they would want to withdraw. Then, all the customer has to do is approach the machine, which would scan the iris of their eye, and once his or her identity is verified, then the ATM will dispense the right amount of cash.

Diebold claims the whole transaction takes just 10 seconds. Without clunky screens and card readers, the machines will be smaller as well as faster, taking up about a third less space than typical terminals.

Harris stressed that the current design is constantly being fine-tuned and that Diebold is working with several technology companies to develop the optimal camera to conduct the eye scans.

There are no plans yet to roll out the space-age ATMs. If the bank decides to adopt them after testing, it could take years for new machines to be outfitted universally at Citigroup locations. But Harris thinks that by then -- or soon after -- this kind of biometric technology will most likely be the norm.

"I think in five years or so, the idea of carrying a card, or frankly, even carrying a mobile device will be obsolete," Harris speculated. "You'll just have to present yourself via eye scan or a fingerprint scan, and that will be it. You'll be able to access that data without the phone or without the card."