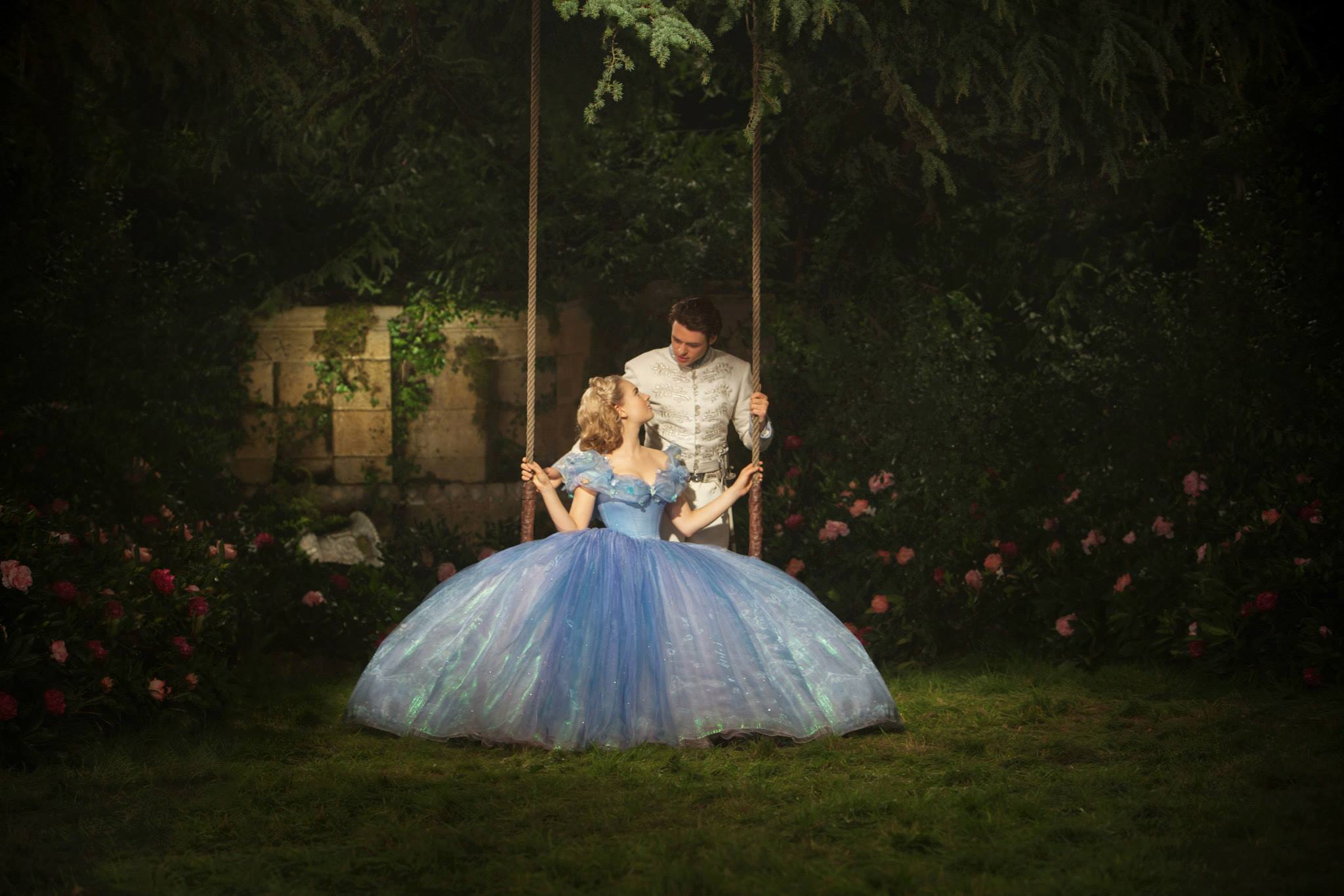 "Cinderella" comes to life in the new movie based on the Disney animated classic.

Lily James, who portrays Lady Rose on "Downton Abbey," steps into Cinderella's glass slippers for the film, which hits theaters Friday. It follows Disney's classic animated version, which came out in 1950.

"Seeing her grow up you get the sense of why she is how she is and how she manages to be so kind and courageous," said the 25-year-old James.

James graces the screen in ball gowns, made by Oscar-winning costume designer Sandy Powell ("Shakespeare in Love," "The Aviator" and "The Young Victoria"), who created nine versions of the dress.

Cate Blanchett, who plays Cinderella's stepmother, says all of the characters are dealing with loss.

"That's the sad and tragic thing -- that the stepmother and Cinderella can't connect through their grief. It actually makes them competitors," Blanchett, 45, added.

Richard Madden says his Prince Charming needs Cinderella as much as she needs him.

Director Kenneth Branagh ("Thor," "Jack Ryan: Shadow Recruit," "As You Like It") transformed the set with 2,000 lit candles and 600 actors and dancers for a visually spectacular ball.

"There was so much energy in the room...so many endorphins swirling around plus a lot of people in corsets all these beautiful dresses. It was a huge huge operation but very exciting," he said.

Branagh said the night at the ball delivers as only a fairy tale can.

Tell us: Do you plan to see "Cinderella"?