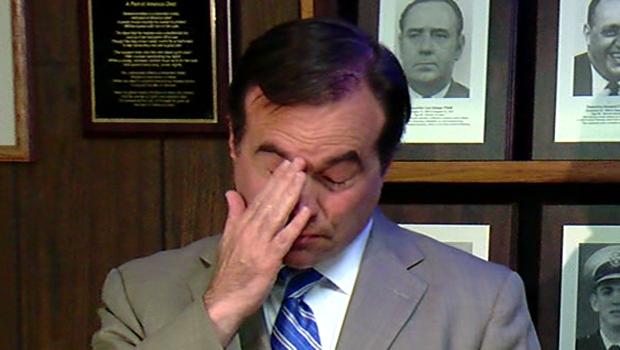 CINCINNATI -- The mayor of Cincinnati has tearfully apologized to the city's police officers after his office unwittingly approved a proclamation honoring a man suspected of killing an officer in an ambush.

Mayor John Cranley delivered his apology Thursday at the police union hall, saying the proclamation was stamped by a new staffer.

The proclamation designated June 1, 2017, as "Tre Day" in honor of Trepierre Hummons. Investigators say Hummons killed Officer Sonny Kim in June 2015 before being gunned down by another officer. Police described it as a "suicide by cop."

Cranley said a request for the proclamation, submitted by Hummons' father, did not mention Hummons' full name. It said it would honor his commitment to fighting mental illness.

The proclamation has been retracted.

"This was a huge mistake. It was done intentionally. It was human error, but the buck stops with me," said Mayor Cranley. "And I got into public life to make the city better and to support law enforcement and to support the people that make our city better and our streets safe. I love our police department. I walk with them, I ride with them, and I would never do anything to hurt. I'm sorry."

Cranley says he personally apologized to Sonny Kim's widow, the police chief and the other officer on scene when Kim was killed.

WKRC reports that Cranley's communications director says she approved the proclamation to raise awareness of mental illness and child abuse.