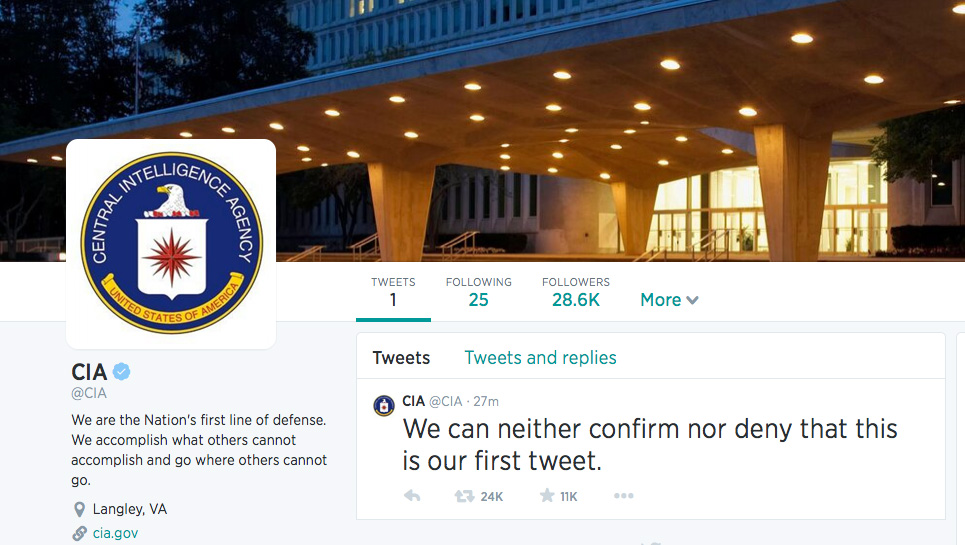 "We can neither confirm nor deny that this is our first tweet."

"By expanding to these platforms, CIA will be able to more directly engage with the public and provide information on CIA's mission, history, and other developments," said CIA Director John Brennan in a press release.

The CIA, under its Twitter handle @CIA, will also feature artifacts from its museum -- which it called "the best museum most people never get to see" -- along with updates and information from the Agency's "World Factbook," unclassified intelligence histories and other information.

"We have important insights to share, and we want to make sure that unclassified information about the Agency is more accessible to the American public," added Brennan.

On its official Web site, the CIA also suggested it would participate in the Internet tradition of "Throwback Thursday," when people post old pictures.

The agency quickly racked up 100,000 Twitter followers and growing -- but it was only following 25, including the FBI, NSA and the White House.