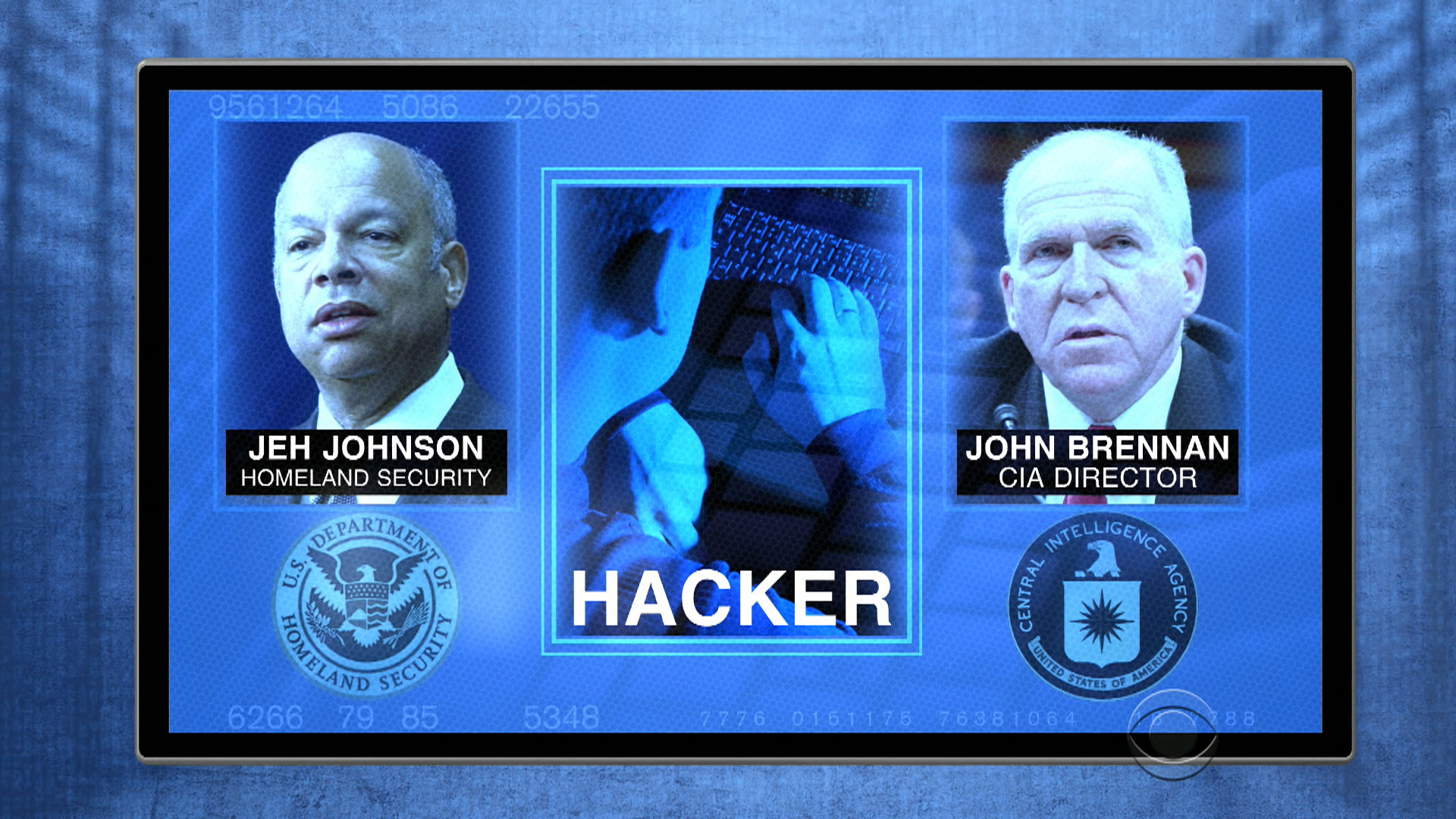 WASHINGTON, D.C. -- The personal emails of two of the highest-ranking national security officials have been hacked. Those being CIA Director John Brennan and Homeland Security Secretary Jeh Johnson.

An anonymous hacker has been bragging about breaking into the accounts. Now, multiple law enforcement sources have told CBS News the breaches actually occurred.

This is a criminal investigation and authorities are working to locate the suspect.

He seems to be feeding off the publicity and that's in part why investigators are reluctant to talk about it. But multiple law enforcement officials tell CBS News that he had unauthorized access to both private email accounts.

Late on Monday, the person tweeting under the handle CWA followed through on threats to release sensitive information.

"You know we don't lie, what you have all been waiting for sorry for the delay," the tweet read.

Along with the statement came an attachment with the names, social security numbers and phone number of 20 people said to be affiliated with the head of the CIA.

Throughout the day, the hacker appeared to be taunting the officials and others in government.

"We are not doing this for personal satisfaction, we are doing this because innocent people in Palestine are being killed daily." And another tweet included, "Anyone know who we should target next?!"

In a statement the CIA would only say that it has referred the matter to the appropriate authorities. CBS News contacted some of the people whose names were on the list and there is a common thread-- many worked for the Obama transition team in 2008. It's important to note the intrusions were to their personal email accounts, but some of the information taken was sensitive.