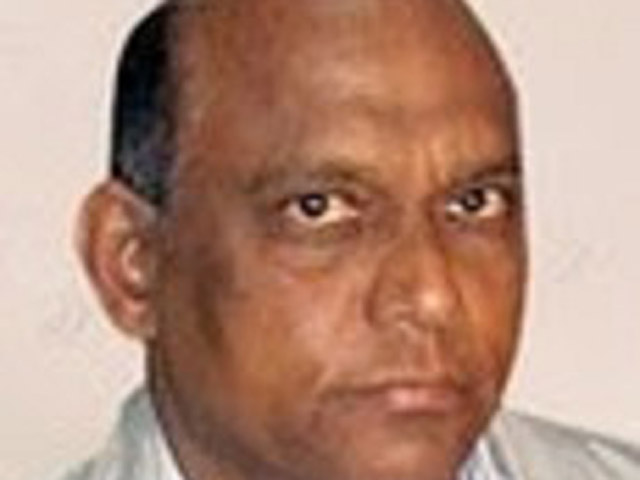 NEW DELHI -- The Roman Catholic church in southern India has lifted the suspension of a priest convicted last year of sexually assaulting a 14-year-old girl in the United States more than a decade ago, a spokesman said Saturday.

The suspension of the Rev. Joseph Palanivel Jeyapaul was lifted last month after the bishop of the Ootacamund Diocese in India's Tamil Nadu state consulted with church authorities at the Vatican, said the Rev. Sebastian Selvanathan, a spokesman for the diocese.

Bishop Arulappan Amalraj of Ootacamund had referred Jeyapaul's case to the Vatican's Congregation for the Doctrine of the Faith, and the suspension was lifted on the church body's advice, Selvanathan said.

"After Jeyapaul's release from the United States and his return to India, this matter was referred to Rome, and according to the guidelines of the Vatican's Congregation for the Doctrine of the Faith, the suspension against Jeyapaul was removed," Selvanathan said.

The Vatican office of the Congregation for the Doctrine of the Faith declined immediate comment.

Jeyapaul was sent to Minnesota in 2004 and served at the Blessed Sacrament Church in Greenbush, near the Canadian border.

He was suspended in 2010 after being charged with sexually assaulting two girls who were both 14 at the time of the alleged abuse.

Jeyapaul fled the United States, but was arrested in India by Interpol in 2012 and extradited to the U.S. Jeyapaul pleaded guilty to molesting one of the teenagers who hasn't been identified publicly. The charges involving sexual abuse of the second teenager, Megan Peterson, were dropped as part of a plea deal.

Peterson accused Jeyapaul of raping her in his office in a statement posted under her name on the website of The Survivors Network of those Abused by Priests, which has advocated for victims' rights.

Jeyapaul, now 61, was sentenced to a year in jail, but was freed on account of time served while awaiting trial.

Jeyapaul returned to India five months ago, and the process to lift the suspension was started soon after, Selvanathan said.

Bishop Amalraj lifted the suspension in mid-January, but Jeyapaul has not yet been assigned any responsibilities, Selvanathan said. "That will be decided in May, when decisions are taken by the diocese on changes and assignments," he said.

Jeyapaul could not be contacted, with Selvanathan saying the church did not know his whereabouts.

The two Minnesota women both sued the Diocese of Crookston, Minnesota, and settled out of court.

While Peterson has spoken publicly about her case before in hopes that it would help others, Anderson said she was too upset to comment Saturday.

"They're both quite upset, disturbed and feel deeply betrayed that they would have the audacity to consider even putting him back in ministry," Anderson said. "To use Megan's words, 'They'll never get it and I'm feeling re-victimized.'"

Anderson, who has represented hundreds of victims of sexual abuse by clergy, said they're exploring further legal action over the decision to lift Jeyapaul's suspension and will announce details soon.