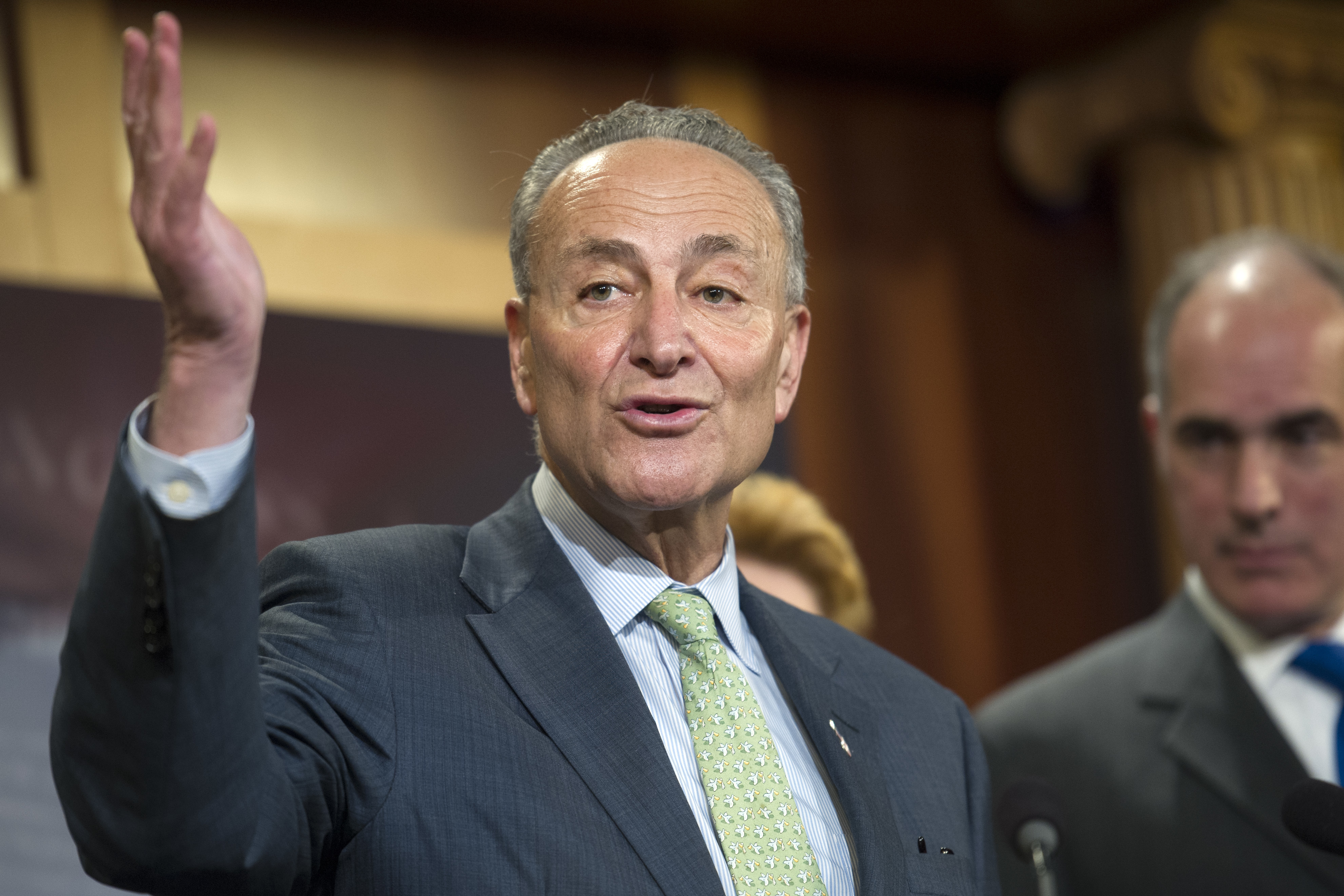 Sen. Chuck Schumer has introduced a universal background checks bill after a major gun control group blasted the New York Democrat Monday for not following through on a promise he made last November.

In the evening, Schumer's aide confirmed that the bill had been introduced, and it's a companion measure to one introduced by a Democrat in the House. That measure says it would "ensure that all individuals who should be prohibited from buying a firearm are listed in the national instant criminal background check system and require a background check for every firearm sale."

Earlier in the morning, the Brady Campaign to Prevent Gun Violence blasted out a release slamming Schumer, who is the third-highest-ranking Senate Democrat and is expected to be the next Senate Democratic leader next year.

"Last fall, Senator Schumer promised the room in New York City that was packed with leaders from our organization and from around the country, advocates, gun violence victims...he would bring a bill to expand Brady background checks," early next year, Brady Campaign President Dan Gross said Monday on a call with reporters. "Senator Schumer has not yet delivered on that promise."

Schumer, a fierce gun control advocate, made that promise at the group's "Brady Bear Awards" in New York last November when he was honored with the organization's Sarah Brady Visionary Award for his work on the original Brady bill in the 1990s.

"If we could do it then, we can do it now," Schumer said at the event about the Brady bill. "We are going to bring the universal background check bill to the floor of the Senate, early next year, and with your help we're going to win!"

As a result of the group's effort Monday morning, Gross said close to 2,000 calls were made to the senator's office and Brady was then in touch with both Schumer's staff and the senator himself.

"We are being told that a bill is now imminent," said Gross, who credited his organization with pressuring Schumer to unveil the legislation.

In the 181 days since Schumer's promise, Gross said "an estimated 16,000 Americans have been killed with guns."

"How much longer are we going to let people exploit these loopholes?" said Tom Mauser, the father of Daniel Mauser, one of the victims of the 1999 shooting at Columbine High School.

Mauser was referring to what's known as the "gun show loophole" in which private sellers can sell firearms without conducting background checks.

In April 2013, only months after the shooting at Sandy Hook Elementary School that left 20 children and six adults dead, a bipartisan proposal proposed by Sens. Joe Manchin, D-West Virginia and Pat Toomey, R-Pennsylvania, was rejected in a 54-46 vote. It would have expanded background checks to cover all firearms sales at gun shows and online.

In January, President Obama announced executive actions on guns, which included one that targeted the "gun show loophole." The administration clarified who is "engaged in the business" of selling firearms. This means that people who claim to be hobbyists and don't conduct background checks might need to do so now for interested buyers. The administration reiterated that prosecutors could go after these people.