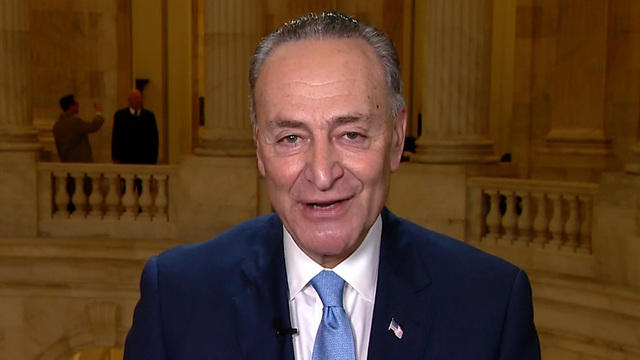 Senate Minority Leader Chuck Schumer on Friday explained why the confirmation process for some of President-elect Donald Trump’s Cabinet nominees has been delayed.

“The problems here are not our making. They were rushed through. They didn’t file their ethics reports. They were ill-prepared,” the New York Democrat said in an interview on “CBS This Morning” ahead of Mr. Trump’s inauguration in Washington, D.C.

As for Rex Tillerson, Trump’s nominee for secretary of state, Schumer said it’s “possible” his confirmation is in doubt because there are several key Republicans who haven’t yet revealed how they’ll vote.

“If they vote against him, my guess is he’ll be defeated,” Schumer said, assuming all Democrats oppose Tillerson.

Asked why the Senate is delaying the confirmation for Pompeo, Schumer said that “people are entitled to scrutinize him thoroughly.”

“No CIA director has been confirmed on the first day of any president,” he said. “We’re not delaying for its own sake, but at the same time, we’re not going to rush these important nominations through until we get some answers.”

Schumer said other nominees are “tied up in knots” like Andrew Puzder for secretary of labor, Betsy DeVos for secretary of education and Mick Mulvaney for director of the Office of Management and Budget.

He also said that he has never been friends with Mr. Trump -- they’ve never golfed or dined together. The president-elect once told MSNBC’s “Morning Joe” that “I was always good with Schumer. I was close to Schumer in many ways.” The Senate minority leader said he’ll work with Mr. Trump “when he agrees with our values.”

“On an issue like trade, I’m probably closer to Trump than I am to President Obama or Bush,” he said.

Saturday Sessions: "More Than We Can Handle"