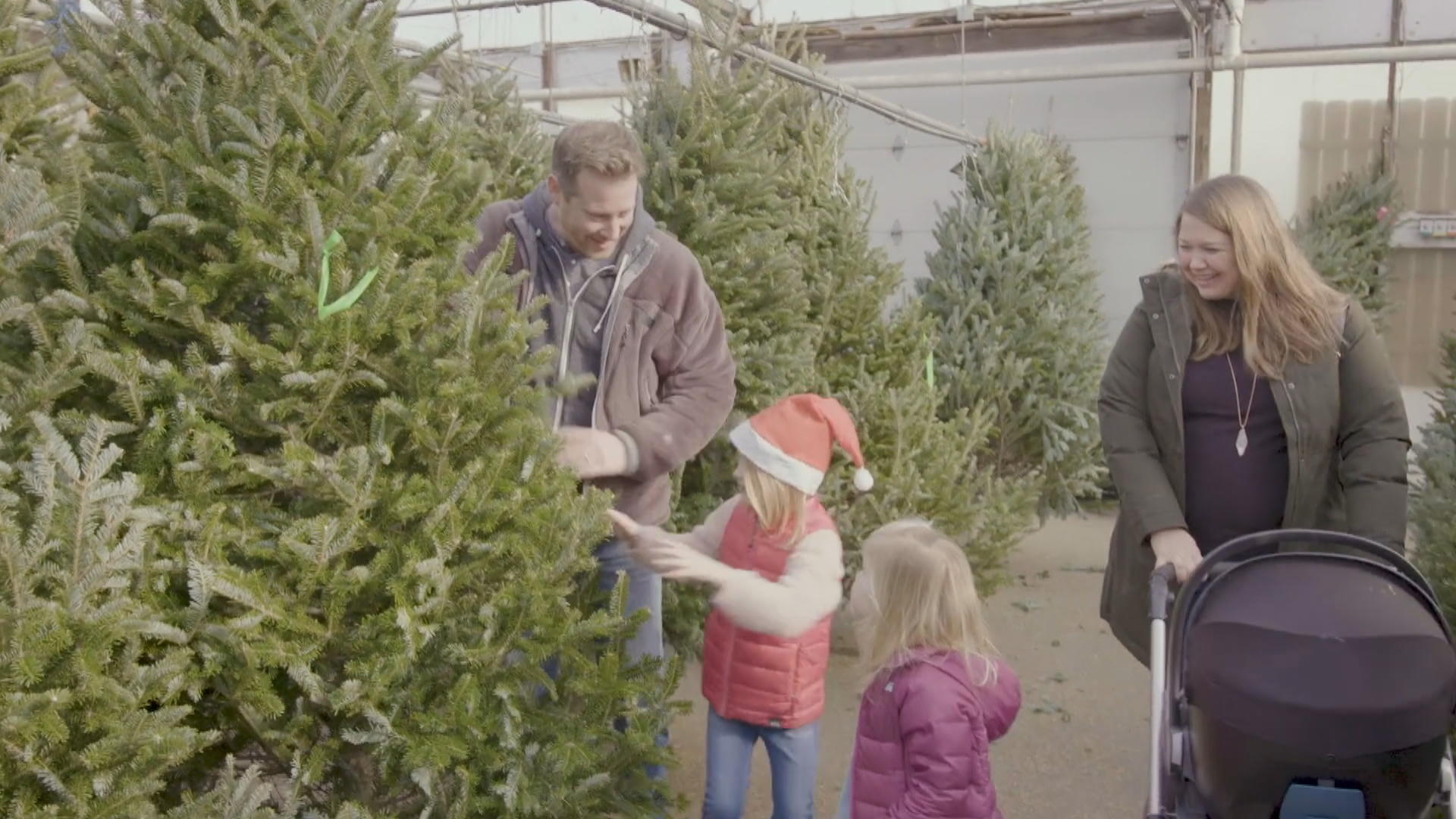 Since 1992, there's been a more than 30 percent increase in households that buy artificial Christmas trees, according to the American Christmas Tree Association. This year, a million-dollar campaign is trying to convince customers to buy a real tree.

"I wouldn't give my wife fake roses on Valentine's Day. Why would you want to have an artificial Christmas tree in your house?" said John Wyckoff, a seventh-generation Christmas tree farmer.

The Christmas Tree Promotion Board's million-dollar social media campaign is fighting to preserve the tradition by encouraging Americans to "keep it real."

In 2017, Americans bought more than 27 million real Christmas trees.  And, according to Wyckoff, farmers have to plan for about seven to 10 years down the road because that's how long it takes to grow one of the holiday trees.

During the recession 10 years ago, farmers planted fewer trees. That means this year, supply is below demand, which has boosted business and prices.

There's a bit of a real or fake Christmas competition going on. About 80 percent of U.S. households put up artificial trees. Some opt for the plastic kind out of convenience, others because of allergies and cleanliness.

Artificial tree companies like Balsam Hill are also stepping up their marketing and tech game. Mac Harman created the company in 2006 when he was disappointed with the fake tree options.

"One of the great things about it is it comes pre-lit which is a huge advantage. But also you don't have to water it. You don't have to sweep up the needles," Harman said.

But Harman also enjoys real Christmas trees and said above all, it's about the holiday spirit.

"I think anything that helps promote Christmas trees really helps our Christmas tree industry," Harman said. "Fewer families are setting up Christmas trees each year…and so what I like about 'keep it real' is it's really focused on a younger demographic and getting them excited about going out to a Christmas tree farm and having that experience that this is a family tradition that we do together."

A major factor for many is which tree is better for the environment. The American Christmas Tree Association said if you use your artificial tree for at least four years, it's more eco-friendly than a real tree.

But at the end of the day, both account for less than .1 percent of the average person's annual carbon footprint.

Meet the NYPD's only female counter-sniper