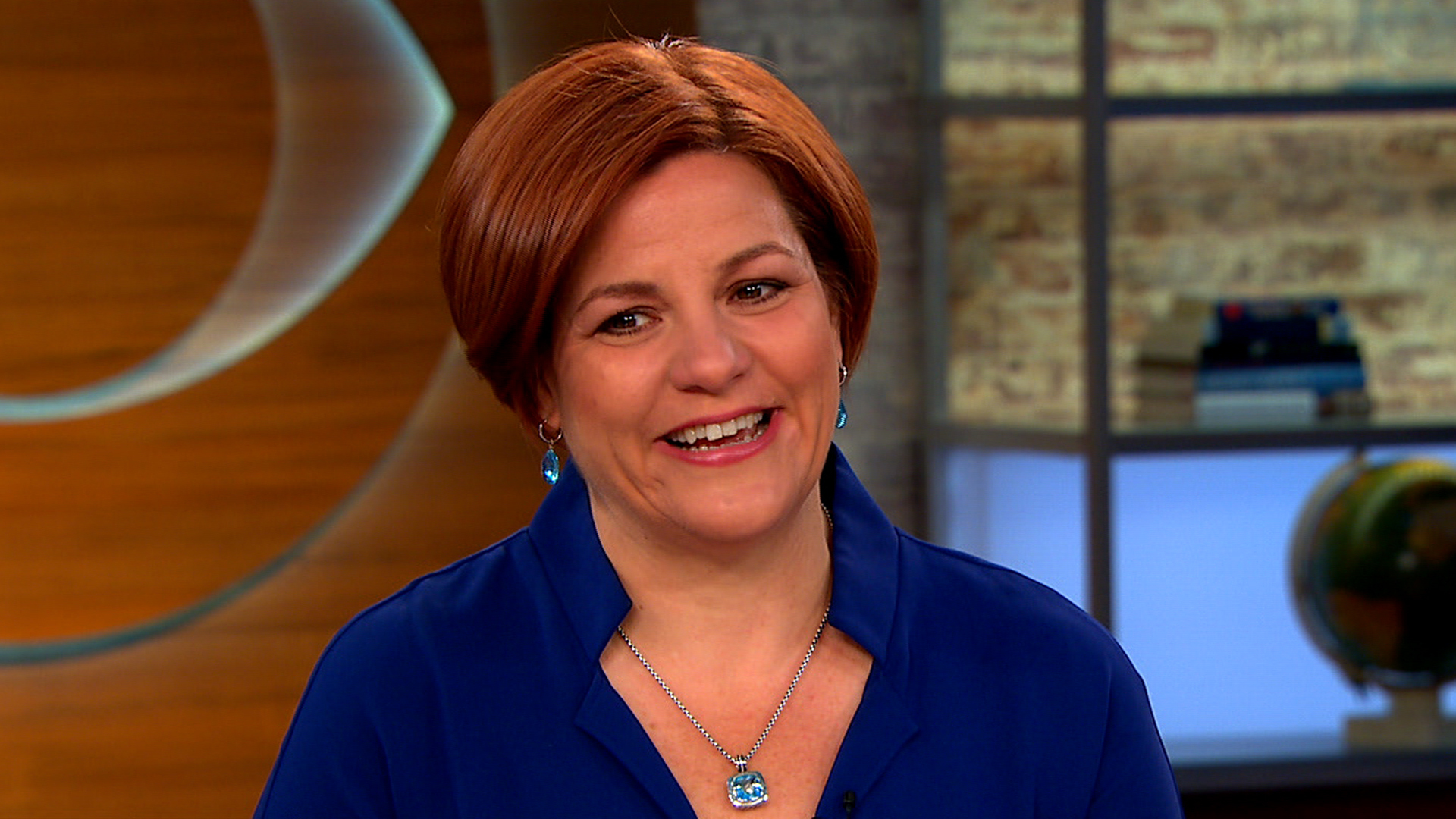 (CBS News) New York City Council Speaker and mayoral candidate Christine Quinn recently went public with her struggles with bulimia, alcoholism, and her own sexuality in a new memoir, "With Patience and Fortitude." Her decision to open up has gained Quinn fans and detractors, as critics make the claim that it's calculated move to help female voters warm to the speaker and widen the gap between Quinn and fellow mayoral hopeful, Anthony Weiner.

According to a recent Marist poll among New York City Democratic voters, Quinn -- who would be the city's first female and first openly gay mayor -- stands as the front-runner in the race by a small margin, ahead of Weiner and Bill de Blasio.

Quinn said the race is going "really well," Thursday on "CBS This Morning" and dismissed concerns about her narrow, five-point-lead over Weiner, explaining she not concerned about poll numbers but rather focused on talking to voters, who she says "are really, very concerned that the next mayor has a real vision."

Quinn's rivals say she lacks such a vision, choosing to focus on her own story and garnering more attention for her personal memoir than her policy proposals. But Quinn said the memoir was never meant to be a "political book" and insists her struggle to accept her own sexuality makes her a better leader.

"For any of us who have something about us that makes us unique, that often causes you unease, you need to admit that," she said, adding, "That unease -- that feeling of 'Are they going to like me in this room?' -- it's uncomfortable, but it can drive you forward."

"It can make you work harder ... and really make you empathetic to ... other people."

Still, she warned about letting politics get overly personal. "That's a trap sometimes for politicians ... You want everybody to like you and you end up saying what people want to hear ... that's not what people want in a mayor. ... You need to accept that not everybody is going to like you, but you want them to respect you."

Quinn says as mayor, she will "add immediately to the work we've done around housing."

"The mayor has built a lot of low-income housing. I would continue that but I would add a commitment to build 40,000 new units for middle class New Yorkers," she said, "The truth is it's hard to find affordable housing in the city if you're low income but it's also hard if you're working class and middle class."

The speaker lauded outgoing three-term Mayor Michael Bloomberg as a "terrific" leader in many areas, but added, "We don't agree on everything."