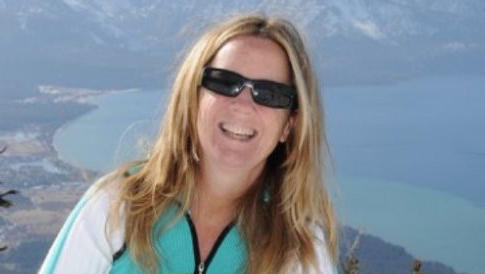 Attorneys for Christine Blasey Ford say their client is "committed" to testifying before lawmakers about her allegation that Supreme Court nominee Judge Brett Kavanaugh sexually assaulted her when the two were high school students, which Kavanaugh has strenuously denied.

In a statement Sunday, Ford's lawyers Debra Katz, Lisa Banks and Michael Bromwich said their client "has agreed to move forward" with a public hearing before the Senate Judiciary Committee on Thursday, Sept. 27, at 10 a.m. on Capitol Hill. The legal team said that "important progress" had been made with committee staffers after a week of negotiations over the format and conditions of her testimony.

"Despite actual threats to her safety and her life, Dr. Ford believes it is important for Senators to hear directly from her about the sexual assault committed against her," the attorneys wrote. Committee Chairman Chuck Grassley confirmed the hearing would be taking place on Thursday in a statement late Sunday, calling it a "continuation of the hearing to consider" Kavanaugh's nomination. Following Ford's testimony, the statement said, Kavanaugh will then "appear before the committee."

Chairman Grassley has also postponed the committee's final vote on Kavanaugh's nomination which was previously scheduled for Monday.

The lawyers held a call with staffers that lasted about an hour on Sunday and reached an agreement, according to a senior Senate aide. At the hearing, Ford will be seated at the witness table alongside two of her attorneys and will be escorted by a detail of Capitol Police while on the Hill, the aide said.

In their statement, Ford's attorneys said that lawmakers had "refused to invite other witnesses who are essential for a fair hearing that arrives at the truth about the sexual assault."

Mark Judge, who Ford alleged was at the party in the early 1980s when the alleged assault occurred, will not be subpoenaed by the committee as Ford's legal team had requested, according to the attorneys. Ford's team had also asked that senators question the former FBI agent who gave Ford a polygraph test and invite two trauma experts to testify. Republicans have strongly objected to calling other witnesses, frequently noting in public statements that a hearing is not a formal court proceeding.

Some "procedural and logistical" questions have yet to be resolved, including whether Ford will face questions from attorneys on the committee staff or senators themselves, Ford's lawyers said. But they said those issues "will not impede the hearing taking place."

Thursday's hearing will consist of 45-minute increments of questioning to allow for breaks, the Senate aide said.

Republicans had hoped to push through a successful confirmation of the president's pick to join the Supreme Court before oral arguments begin on Oct. 1. Democrats have been pushing for an additional FBI investigation to take place before Ford or Kavanaugh were to testify, which would further delay the confirmation process.

A CBS News poll released Sunday found that nearly six in 10 Americans believe a vote on Kavanaugh's nomination should be held only after further investigation and hearings are complete.