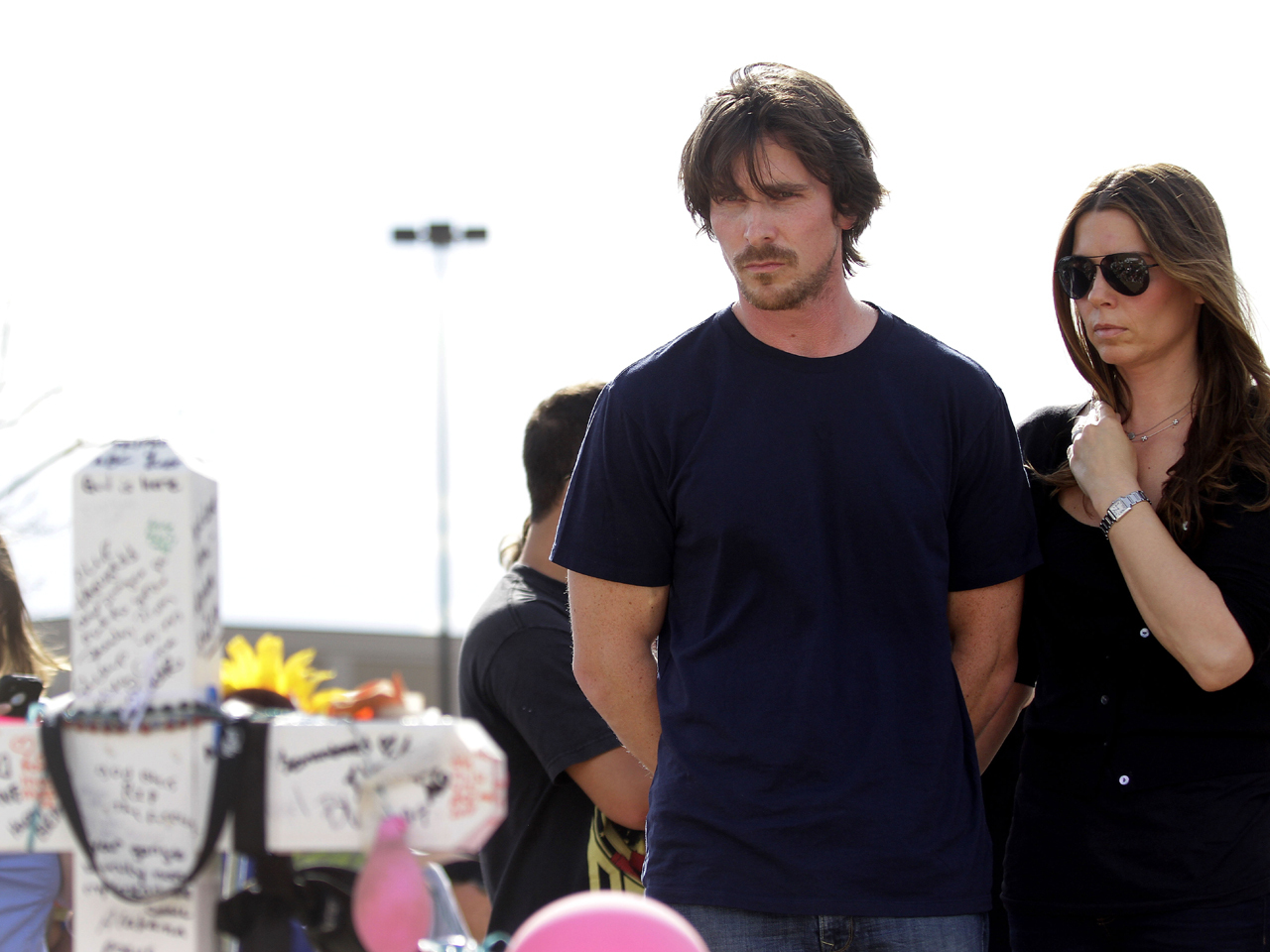 According to The Denver Post, a Warner Bros. executive said, "Mr. Bale is there as himself, not representing Warner Brothers."

Bale was accompanied by his wife, Sibi Blazic, during the visit on Tuesday. He thanked medical staff and police officers who responded to the attack. He visited with little advance warning and also stopped by a makeshift memorial to victims near the movie theater that was showing "The Dark Knight Rises" when the gunfire erupted.

In the wake of the shooting, Bale released a statement saying, "Words cannot express the horror that I feel. I cannot begin to truly understand the pain and grief of the victims and their loved ones, but my heart goes out to them."

Other members of the cast and crew, including Anne Hathaway, Gary Oldman and director Christopher Nolan, have also issued statements expressing their sympathy.

Warner Bros. canceled the Paris premiere of the film that had been scheduled to take place Friday night and, along with other movie studios, withheld box office reports over the weekend.

Late Monday, Warner Bros. announced it was making a "substantial" yet undisclosed donation to victims of the shooting.