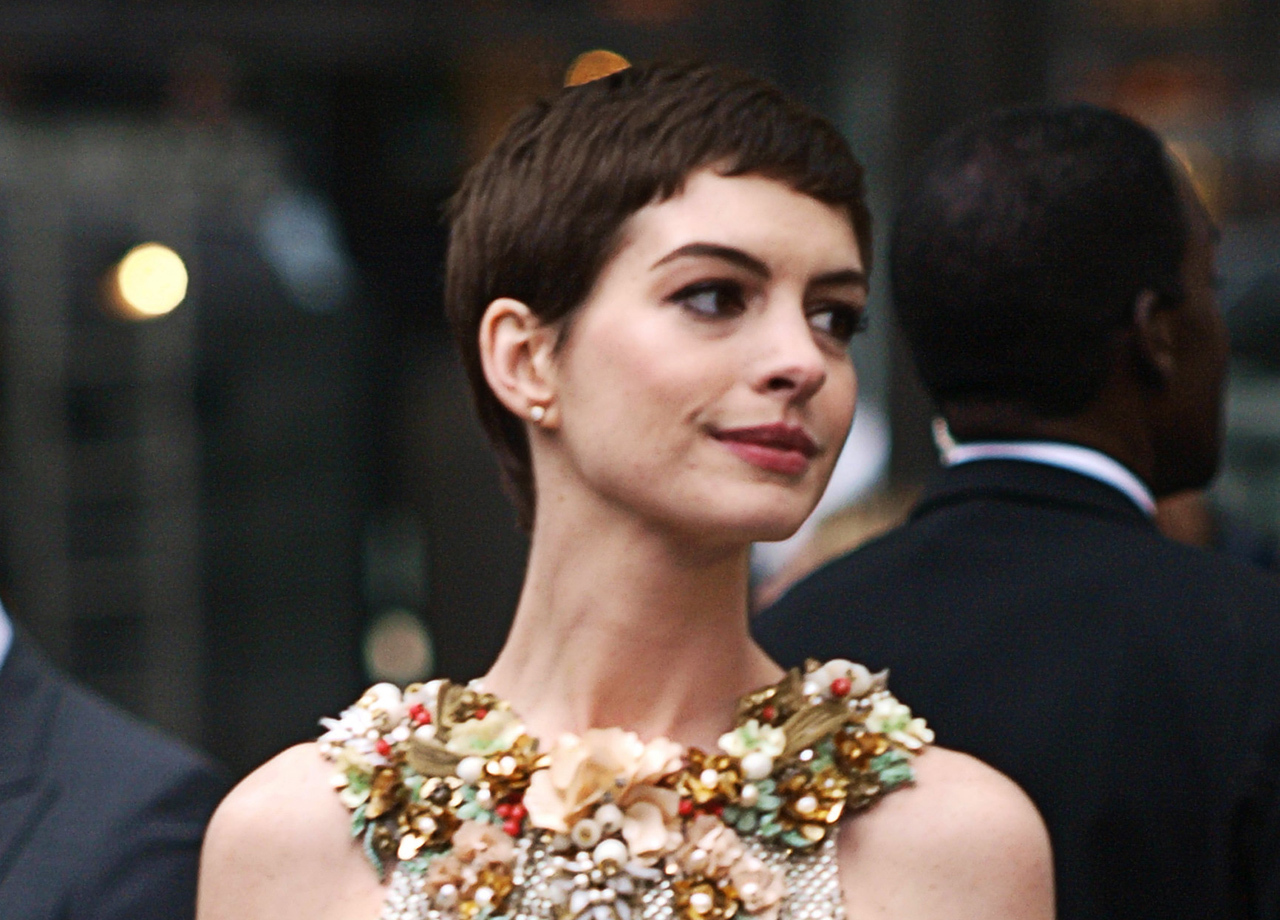 (CBS News) "The Dark Knight Rises" star Anne Hathaway released a statement Sunday in regard to the shootings in Aurora, Colo., that left 12 dead and 58 injured.

The brief statement from Hathaway, who plays Catwoman in the film, reads in full:

My heart aches and breaks for the lives taken and altered by this unfathomably senseless act. I am at a loss for words how to express my sorrow. My thoughts and prayers are with the victims and their families.

Hathaway's co-star Christian Bale released a statement on Saturday, saying, "Words cannot express the horror that I feel. I cannot begin to truly understand the pain and grief of the victims and their loved ones, but my heart goes out to them."

Warner Bros. said Saturday they will not be reporting box offices numbers for the first weekend of the screenings of "The Dark Knight Rises."

"Out of respect for the victims and their families, Warner Bros. Pictures will not be reporting box office numbers for 'The Dark Knight Rises' throughout the weekend. Box office numbers will be released on Monday," the company said in a statement.

On Friday, Christopher Nolan, the director of "The Dark Knight Rises" released a statement saying that he was devastated someone opened fire during a screening of his movie early Friday morning.

Nolan, who also directed two other movies in the "Dark Knight" trilogy, said he would like to express "profound sorrow" on behalf of the cast and crew about "the senseless tragedy that has befallen the entire Aurora community."

"I believe movies are one of the great American art forms and the shared experience of watching a story unfold on screen is an important and joyful pastime," Nolan said.

"The movie theatre is my home, and the idea that someone would violate that innocent and hopeful place in such an unbearably savage way is devastating to me."

Gary Oldman, who stars in the film, also said his "prayers and deepest sympathies are with the victims of this horrific act, and their families," according to Digital Spy.

Warner Bros., the studio that produced the film, also said it is "deeply saddened to learn about this shocking incident."

"We extend our sincere sympathies to the families and loved ones of the victims at this tragic time," the statement said.

The gunman, who is in custody, has been identified as 24-year-old James Holmes. The attack happened at a movie theater in Aurora, Colo., a suburb of Denver, during a midnight screening of the highly anticipated Batman film.

Warner Bros. has canceled a Paris premiere of the film that was scheduled to take place Friday night, according to the Hollywood Reporter, and has also canceled all French press interviews with director Christopher Nolan and the film's cast.

Chris Dodd, chairman of CEO of the Motion Picture Association of America, joined the movie studio in expressing sympathy on Friday.

"We share the shock and sadness of everyone in the motion picture community at the news of this terrible event," he said in a statement. "We extend our prayers and deepest sympathies to the victims, their loved ones and all those affected by this tragedy."