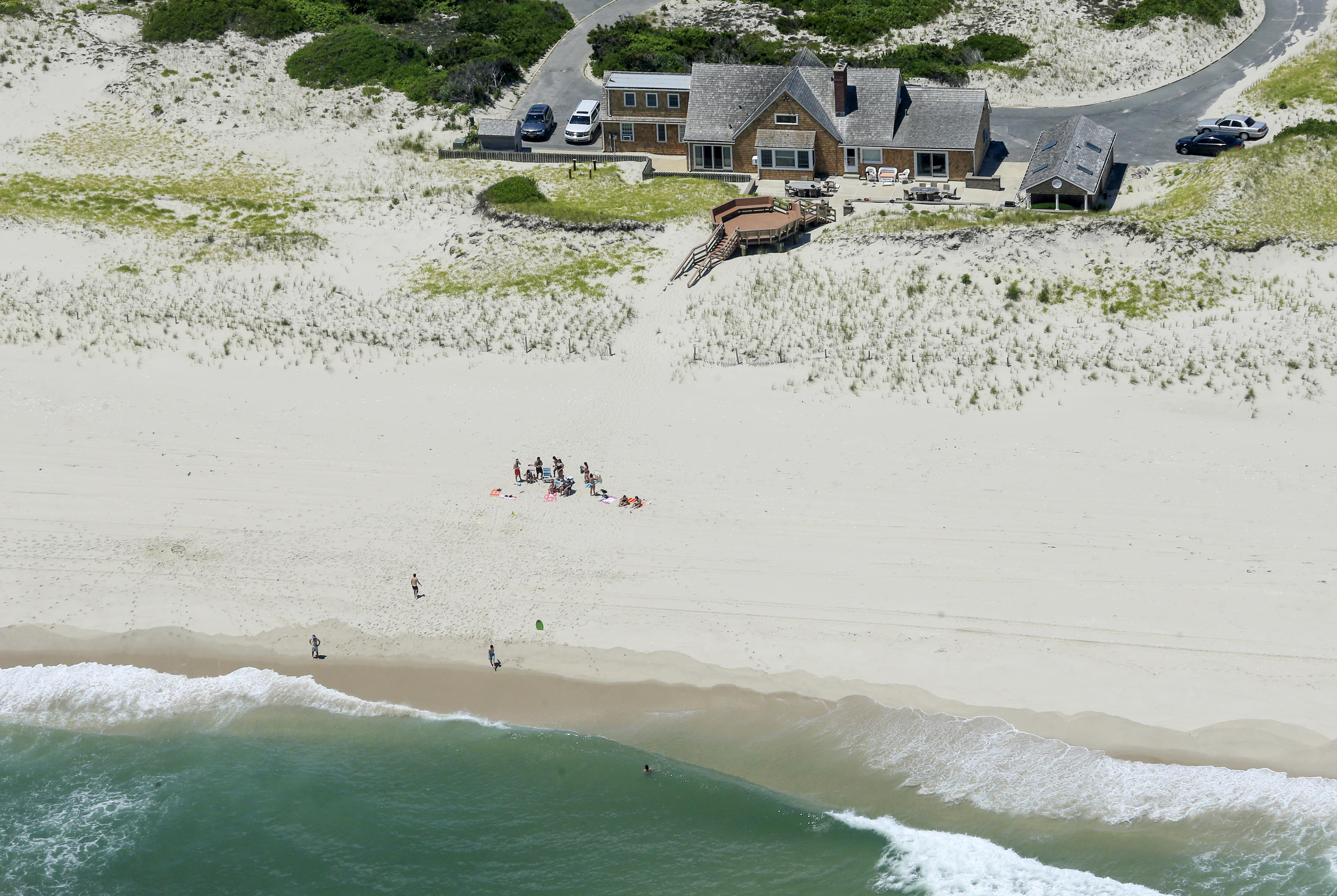 A large sand sculpture depicting a beach-going New Jersey Gov. Chris Christie emerged on the Jersey Shore on Tuesday after a three-day government shutdown that closed public beaches and altered travel plans for thousands during the Fourth of July weekend.

The life-size sculpture at Seaside Heights beach on Tuesday added to nationwide criticism and viral trolling of Christie after photos from The Star-Ledger were published on Sunday showing the governor and his family enjoying the sun at Island Beach State Park, which is state-run and was closed to the public.

In the colorful sand sculpture, Christie's character could be seen lounging in a lawn chair with his arms folded. The character donned a baseball cap, swim trunks and a golf shirt.

Around the base of sculpture, messages such as "I love New Jersey" and "Beach Closed" provided some context. A great white shark alongside the character had a "July 4th" sign engraved below its jagged set of teeth. The letters "IBSP," standing for "Island Beach State Park," were also set below Christie's feet.

According to NBC 4 New York, the two artists responsible for the art, who gave their names as Larry and Tom, started building Tuesday mid-morning and finished by early afternoon. By evening, it had reportedly been destroyed and replaced with a smiling face. Before its destruction, the sculpture was a popular selfie subject for beachgoers.

Christie and his family had access to Island Beach State Park because its the site of one of the governor's vacation homes. Christie told reporters on Saturday he would visit his family there regardless of the state shutdown. Photographs taken of his time at the beach, though, generated so much viral backlash against the already-unpopular governor, that it prompted responses from Christie's spokesman Brian Murray and the governor himself.

"The governor has two residences in New Jersey. One down at the beach, at Island Beach State Park, and one at Drumthwacket, which also is in Princeton," Christie said on Monday to WNYW-TV. "The governor is allowed to go to his residences, and I'm at my residences. I'll tell you this, I said last Monday, a week ago today, that no matter what happens, we were coming here as a family this weekend."

On Monday night, Christie and Democratic legislators eventually struck a compromise on the $34.7 billion budget just hours before Independence Day. Public beaches and other public sites were reopened to the public the next day.

Christie, once considered a possible vice presidential candidate for President Trump, is now approaching his last six months of governorship. In his last year as governor, Christie has seen his approval ratings dip to around 15 percent. When recently asked about his historically low approval ratings, Christie responded, "I don't care."