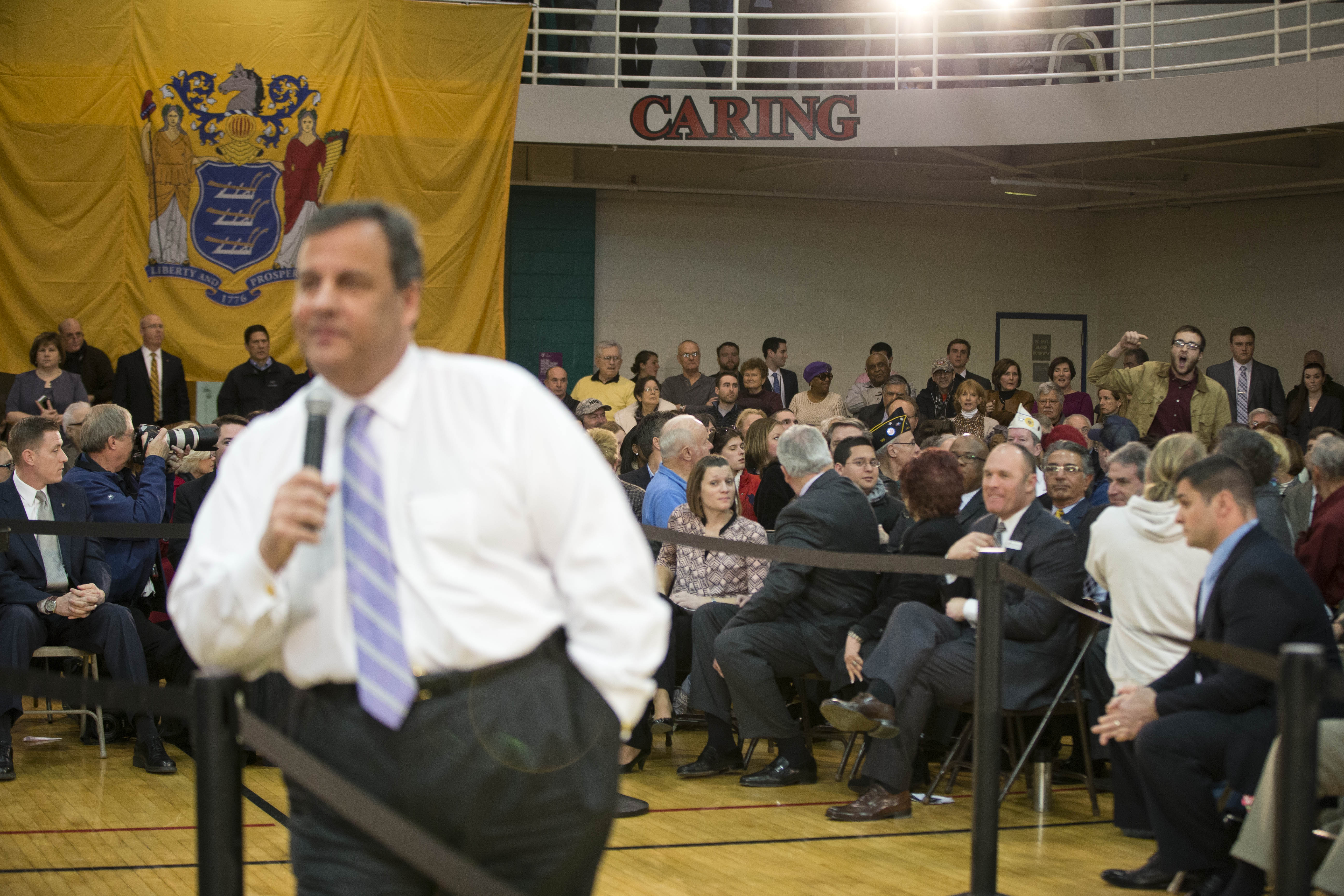 MOUNT LAUREL, N.J. - Six hecklers were ejected from a town hall with Gov. Chris Christie, R-N.J. after shouting about a political payback scandal that has ensnared his administration. Five were escorted out Thursday after yelling about the George Washington Bridge scandal and other matters.

Police removed the sixth, Rowan University student Michael Brein, after he began shouting about the distribution of Superstorm Sandy aid. The 19-year-old says he's affiliated with the left-leaning Working Family Alliance.
After the first heckler interrupted an audience member's question, Christie stopped the questioner and turned to face the heckler.
"Listen, listen. ... Either sit down and keep quiet or get out, one or the other. We are done with you," Christie said to applause from the mostly supportive audience.
One of the protestors, Rowan student Kailee Whiting, told the Star-Ledger, "I believe whatever he says about the lane closures, but what does it show his leadership skills were by hiring all these crooks?"
Christie, a potential 2016 presidential candidate, embarked on a series of his signature town halls after the scandal came to light in January. They have mostly occurred without incident, until Thursday's, the most disruptive yet.
The hecklers come on the heels of a new Bloomberg News poll that shows 63 percent of Americans say they don't believe Christie's claim that he knew nothing about the bridge controversy, in which his top aides ordered the closure of certain access lanes on the bridge in an apparent act of political retribution.