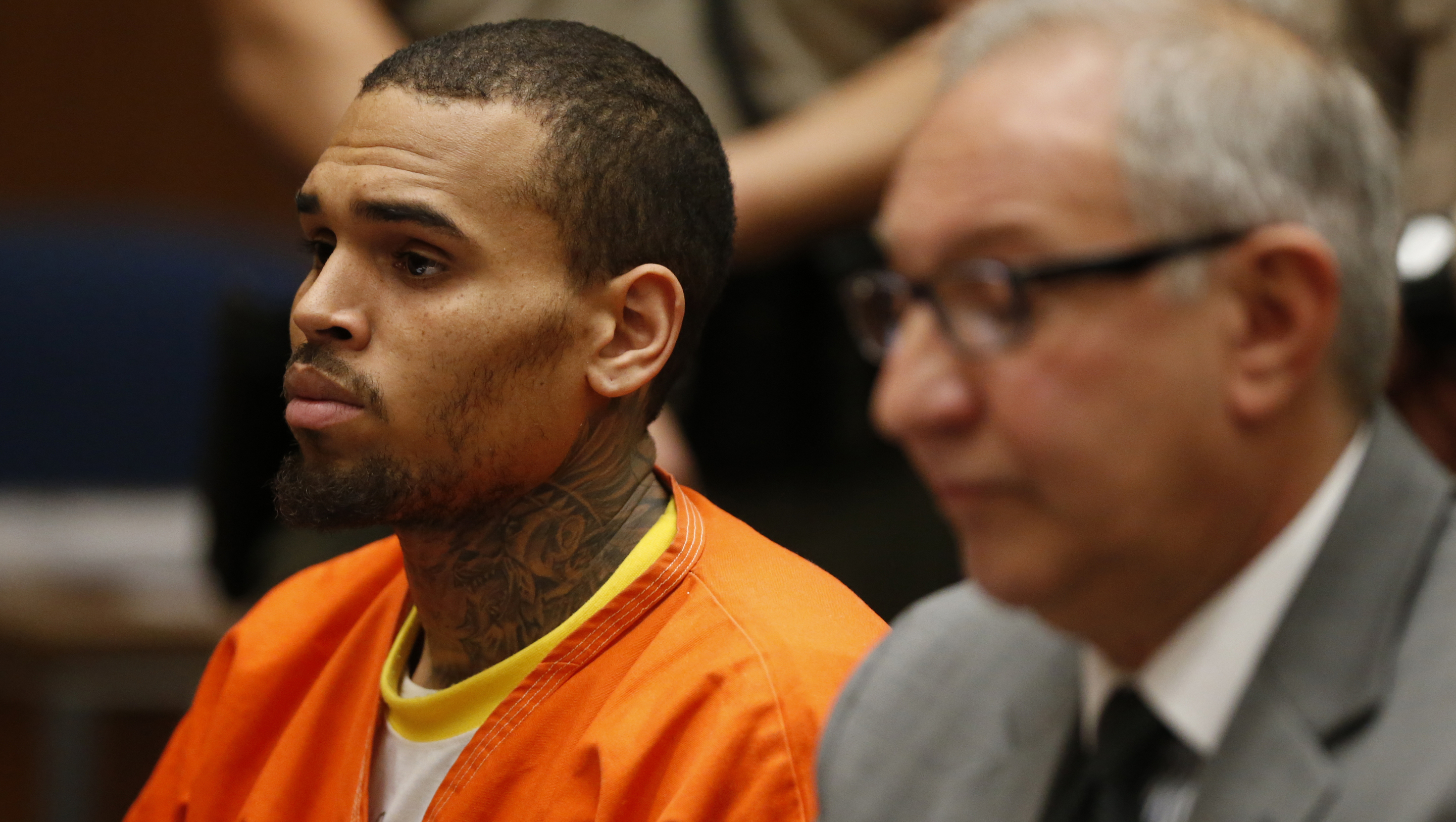 LOS ANGELES - Chris Brown has admitted he violated his probation, and has been sentenced to serve an additional 131 days in jail.

The R&B singer appeared in a Los Angeles court Friday and admitted that he committed a crime in Washington, D.C., last year. Superior Court Judge James R. Brandlin sentenced Brown to serve 365 days in custody, but gave him credit for 234 days he has spent in rehab and jail.

The Grammy winner has been in custody since mid-March, when he was arrested after being dismissed from a court-ordered rehab sentence.

The singer faces a misdemeanor assault charge in Washington after a man accused the singer of hitting him outside a hotel in the nation's capital.

It is unclear how many days in custody Brown will actually serve.

Brown has been under court supervision after pleading guilty in 2009 to beating pop singer Rihanna, his then-girlfriend.