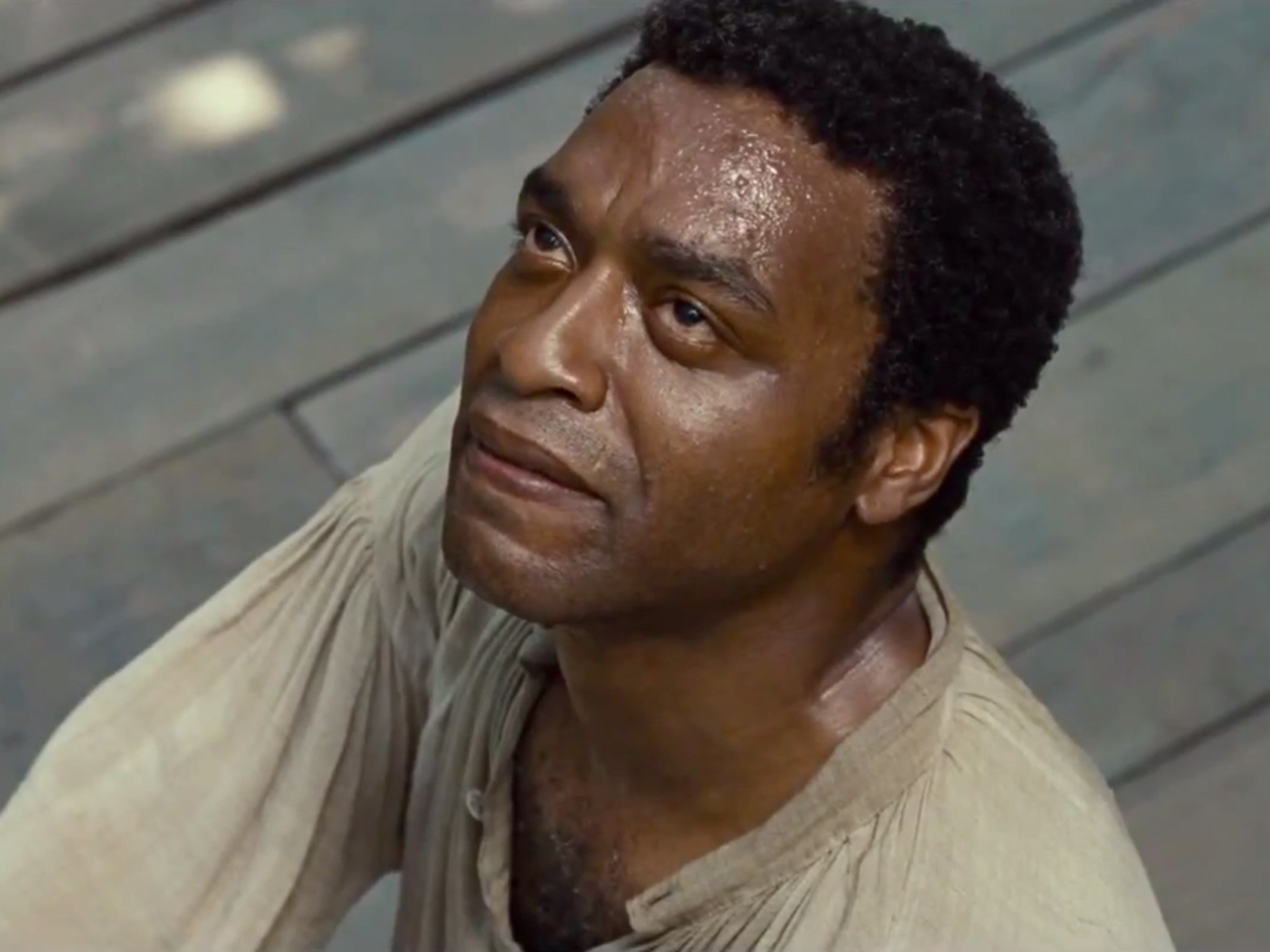 Chiwetel Ejiofor played a drag queen in the 2005 movie "Kinky Boots" -- a very different sort of role from the one that could win him an Oscar when they ask for "The Envelope, Please…" four weeks from tonight. Lee Cowan talks with him about his unconventional path to the red carpet:

In the triple-digit heat of a Louisiana plantation, cameras captured the nightmare of slavery in a way we haven't seen before.

It's the intensely personal story of one man, Solomon Northup, who's journey into bondage also began a journey for the actor who portrayed him.

At 36 Chiwetel Ejiofor is hardly a household name, but his harrowing performance in the film "12 Years a Slave" is beginning to change all that.

He's been nominated for almost every Best Actor award out there this season, including an Oscar (his first, and one of nine nominations for the film itself).

Who was the first person who called him with the news? asked Cowan.

"Well, actually, it was my mother. But she called me, so she kind of beat me to it."

Cowan and Ejiofor met at the Los Angeles County Museum of Art, where Winslow Homer's painting, "The Cotton Pickers," seemed to resonate in a different way.

"The sort of mind-numbing nature of the work that's going on, that creates its own insanity," Ejiofor said.

"12 Years a Slave" is the true tale of a New York violinist, born a free man, who is ripped away into slavery by kidnappers. The story intrigued Ejiofor, he says, because it was told from the slave's perspective.

And yet after reading the script, he almost turned it down.

"I felt something that I didn't expect to feel, actually, which was just self-doubt," he said. "I just wondered whether I could tell the story. I felt the responsibility of it, and I felt intimidated by it, actually."

At the quaint Mystery Pier Books, off Sunset Boulevard in Hollywood, was a rare First Edition of Solomon Northup's book.  It was a bestseller back in 1853 when he penned it, complete with illustrations.

"The look on his face is kind of strange, almost relaxed kind of way," Ejiofor said. "To come out of that experience, and to write about it with such kind of gentility and poetry and absolute grace was something that really stunned me, and I realized that this was a person who had something to teach."

Chiwetel Ejiofor was born in London, but his parents were Nigerian, and he says Africa always held a personal, yet tragic place.

While visiting Nigeria for a wedding, a car accident claimed the life of his father, a doctor and talented musician. Chiwetel was seriously injured as well. "I was very, very, close to not surviving," he said.

Acting became his outlet. He eventually enrolled in the prestigious London Academy of Music and Dramatic Art.

But despite a clear talent, some sensed a problem.

"Somebody had said to me that if you don't change your name, you're going to end up playing a lot of African parts, you know? To which I was like, That's great! I want to play Africa parts, you know what I mean? I'm an African."

It didn't take long. Before he was even out of school he found himself courted by none other than Steven Spielberg for a role as a translator in "Amistad." And his career blossomed from there.

He soon found himself opposite Keira Knightley in "Love Actually," and he earned a Golden Globe nomination for his performance as a drag queen in "Kinky Boots."

But "12 Years a Slave" wasn't just another role. It was personal for Ejiofor. He went to the historic port of Calabar in Nigeria to do research. It's the place so many had been chained and sold into the slave trade.

He followed their route to Savannah, Ga., and toured a slave market where one of Africa's largest ethnic groups, the Igbos, were prepared for auction.

"There were a sequence of extra bolts on the walls," Ejiofor said. "And I asked the guy what the extra bolts in the walls were for. And he said, 'Well, that was for the Igbos.' And he had no idea about my background and my history and the fact that I'm Igbo, and my family, and I just remember I sat down and . . .  just a very quiet, solemn reflection."

"You realized, I guess, that you were part of it?" Cowan said.

"Yeah, absolutely. I think that you feel that, of course, it was you on the boat, and it was you in the alcove. And it's amazing."

Then and there, Ejiofor vowed to make Solomon's story his, down to the smallest detail -- even learning to play the violin. "It's sort of the actor's nightmare, the violin, because it's a very difficult instrument to play, but it's a very easy instrument to look like you can't play!"

His immersion into the world of Solomon Northup took its toll. Re-entering this world of red carpets and award banquets wasn't easy.  "I just didn't want to be the guy at the party who was constantly talking about man's inhumanity to man, you know?"

Whatever the hardship, Chiwetel Ejiofor is most proud that Solomon's tragic tale, forgotten for so many years, is now fresh in the minds of millions.

"The nature of this story and the kind of reflection it is on somebody else's life and a man's life, and how so many years later, it still can have a real impact, a very strong impact, that's just a very powerful thing, I think."

Will Smith resigns from the Academy after slapping Chris Rock at Oscars
More
Thanks for reading CBS NEWS.
Create your free account or log in
for more features.
View CBS News In
CBS News App Open
Chrome Safari Continue
Be the first to know
Get browser notifications for breaking news, live events, and exclusive reporting.