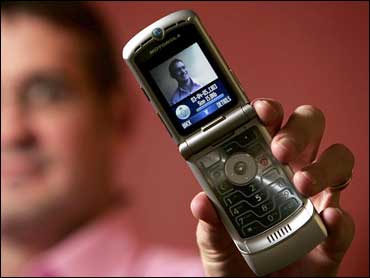 Mobile phone batteries that exploded in flames during tests by officials in southern China were counterfeit, spokeswomen for Nokia and Motorola said Saturday.

The Guangdong Industrial and Commercial Administration's Web site said four batteries exploded while being recharged during quality tests, which flunked 40 percent of mobile phone batteries and 80 percent of chargers.

The tests also found that of 40 locally purchased batteries, 15 had a smaller capacity that labeled, sometimes by as much as half.

Motorola spokeswoman Mary Lamb told The Associated Press that Motorola immediately sent a team to Guangdong province and found that the tests were legitimate, but that the three batteries labeled Motorola were counterfeit.

"We went with members of the lab and actually looked at batteries, and determined they were not authentic," she said.

Hundreds of thousands may lose Internet in July

The batteries are the latest in a parade of unsafe goods from China, including poison pet food, fake blood protein and dangerous toys.

Chinese imports accounted for more than 60 percent of the recalls announced by the U.S. Consumer Product Safety Commission this year, and all of the 24 toy recalls.

The mobile phone tests by Guangdong officials came as Chinese authorities investigate the death of a welder, who police say died when a Motorola phone exploded in his chest pocket.

A Motorola spokesman said that the company was helping with the investigation in Gansu province, and that it was "highly unlikely" that one of the company's products was to blame.