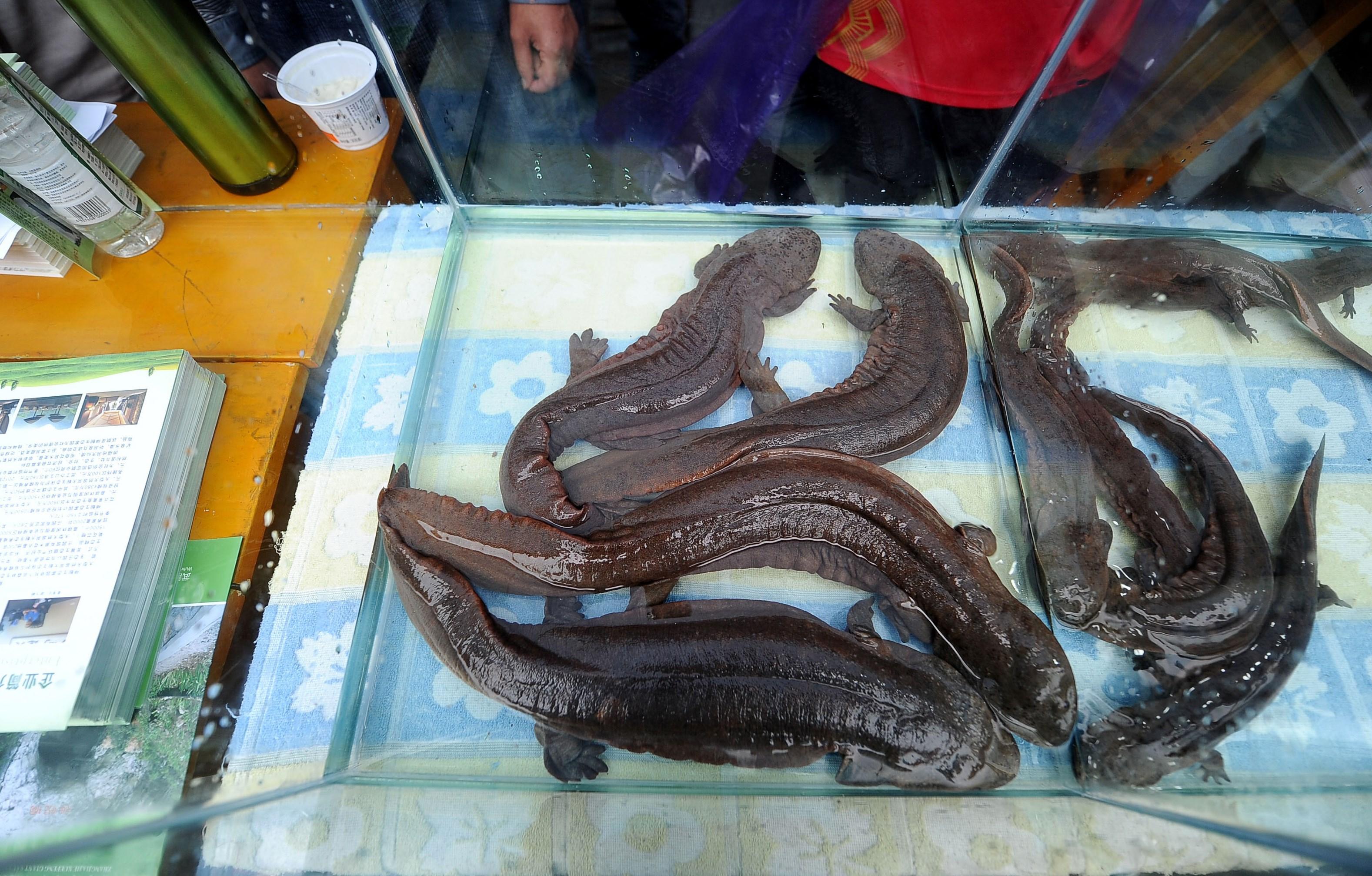 An iconic amphibian that is believed to have inspired the yin-yang design -- and dates back to the time of the dinosaurs -- has been driven to the brink of extinction by demand for luxury cuisine, according to a new study. The animal, the Chinese giant salamander, faces threats from widespread poaching. It is the world's largest amphibian.

"The overexploitation of these incredible animals for human consumption has had a catastrophic effect on their numbers in the wild over an amazingly short time-span," study co-author Samuel Turvey, from the Zoological Society of London's Institute of Zoology, said in a news release about the study.

"Unless coordinated conservation measures are put in place as a matter of urgency, the future of the world's largest amphibian is in serious jeopardy," he added.

The study, published Monday in Current Biology, a scientific journal, found that illegal poaching of the species is widespread and that populations are "critically depleted or extirpated" in all areas that were surveyed. Researchers from the Zoological Society of London worked with local partners to conduct surveys across China between 2013 and 2016, as well as 2,872 interviews, according to a summary of the study.

The IUCN Red List of Threatened Species classifies the Chinese giant salamander, or Andrias davidianus, as Critically Endangered and describes its population trend as decreasing.

The salamanders are part of an ancient group of salamanders that "diverged from their closest relatives over 170 million years ago during the Jurassic Period, and are considered a global conservation priority for maintaining evolutionary history," according to a news release. They can grow up to 1.8 meters -- 5.9 feet -- long, and are regularly taken from their natural habitats to supply commercial breeding farms.

A related study found that the Chinese giant salamander consists of at least five distinct genetic lineages. Some of them are increasingly rare and possibly extinct in the wild.