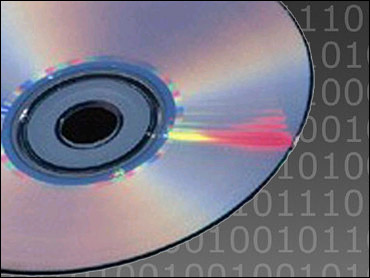 If I were an entertainment industry executive, I'd worry less about college students sharing files on the Internet and more about what's happening in China.

The Chinese government just announced a government-funded project to develop an alternative to the DVD. Called "EVD" (for "enhanced versatile disc"), the new format is reported to be technically superior to DVD, especially for recording and showing high definition television programs (HDTV).

Normally, I don't get too worked up over a new recording or storage format, especially when it's competing with an already entrenched standard such as DVD or CD. But every other time I've reported on a new standard, it was being pushed by a company or, at most, a consortium of companies. It's extremely difficult for a few companies -- even when it includes the likes of Sony or IBM -- to overturn an entrenched standard, but we're not talking about companies here.

We're talking a country that's home to 1.3 billion people. In 2002, according to the CIA Word Fact Book, China had a purchasing power of $5.7 trillion dollars. OK, the U.S. has one-fourth as many people and twice as much purchasing power, but China is still an emerging economic powerhouse that is getting stronger and richer all the time.

It wasn't long ago when China was in the technological dark ages, but that is changing. A significant and growing number of Chinese students are seeking advanced degrees in engineering, compared to the shrinking number here in the United States. Although it's taking place slowly, China is also on the way to becoming a consumer economy with a growing middle class.
OK, enough about China's economy and commitment to technology. You get my drift. The country's on a roll.

What is perhaps more important is that the nature of Chinese engineering may be changing. China, for years, has been an efficient source of manufacturing for all sorts of high-tech products. In fact, it's the world's leading supplier of DVD players, with about 60 percent market share. Yet, even though China is cranking out a record number of DVD machines, it's not a major consumer of the devices. Even among the technologically privileged Chinese, a lot of people use VCDs, or Video Compact Discs.

In other words, China's EVD proponents don't have to unseat an entrenched incumbent technology when it comes to the domestic Chinese market.
Contrast this to the United States and Europe, where DVDs are well on their way to replacing video cassettes as the preferred format for watching movies. They've also invaded the vast majority of new personal computers and are on the verge of becoming the preferred medium for home video recording.

With such momentum, the DVD is going to be with us for quite some time, but just because it has become a standard in America and most of the rest of the world, doesn't mean it will dominate China. If popularity in America were that important to the Chinese, most people over there would be eating with forks, rather than chop sticks.

It's quite possible for China to develop and popularize a media format regardless of what has caught on in the rest of the world. And, considering China's population, economic clout, cheap labor and manufacturing prowess, the impact could be felt around the world.

For starters that means that the Chinese won't be buying American DVDs. It also means that -- depending upon the encryption technology built into EVD -- Chinese movie buyers may not be subject to the same copy restrictions as people who buy DVDs in the United States and the rest of the world. Commercial DVD movies are encoded with encryption that not only -- in theory -- makes them not able to copy but also renders them unplayable on machines in other regions.

In other words, if you buy a DVD in London, for example, you can't play it on most DVD players bought in the United States. Of course, that same encryption can be broken by anyone who has a vested interest in piracy. That's exactly what is now happening. Pirate copies of American DVDs are easy to find on the streets of Beijing and many other Asian countries.

That fine piece of technology was brought to us by the U.S. movie industry, anxious to protect its "intellectual property" (as if intellectual and movie can be used in the same sentence). The Chinese do have a movie industry but, like most of the Chinese economy, the government has a great deal to say about how it operates. The same will be true of the EVD industry which is growing up with government funding.