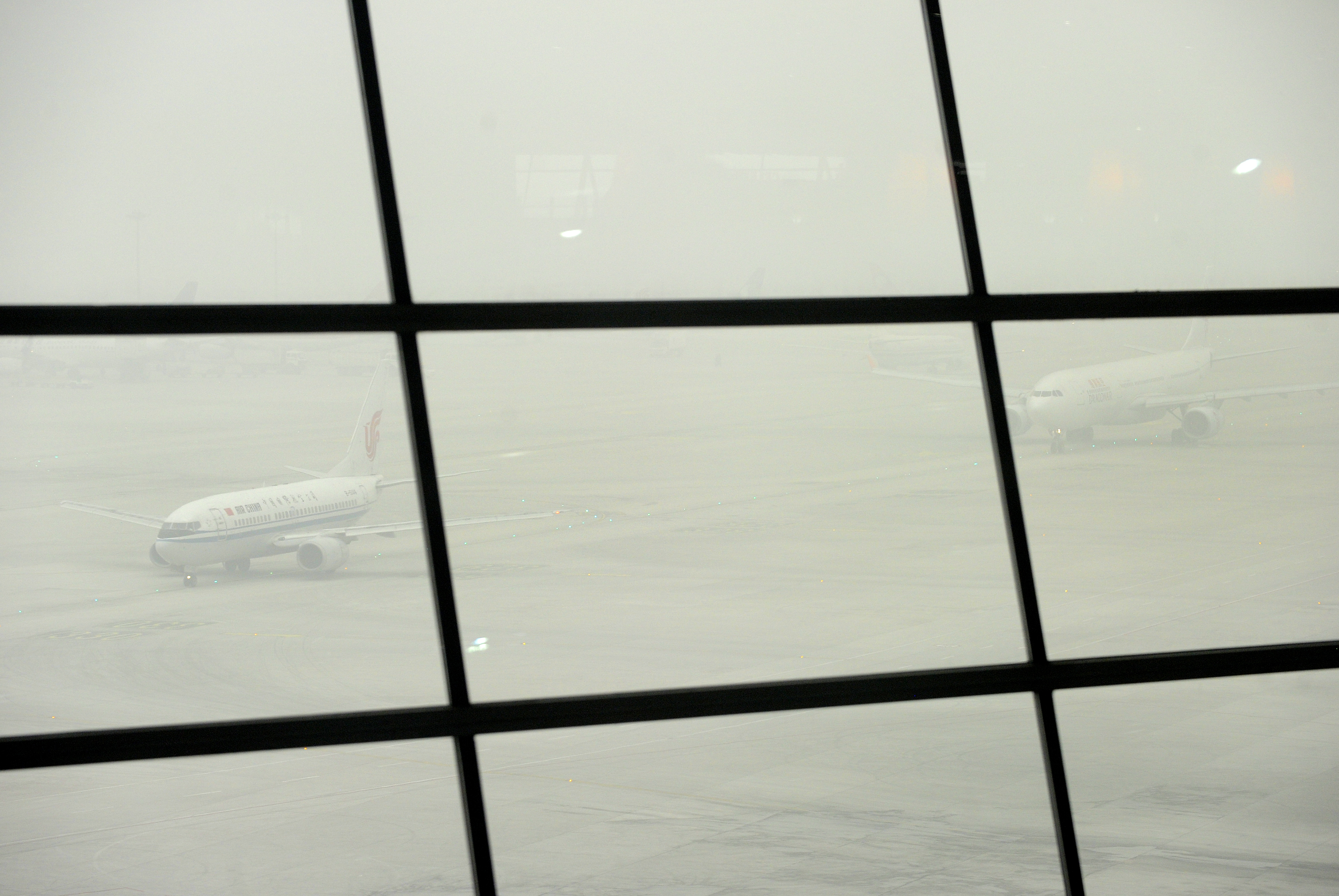 BEIJING -- Chinese aviation authorities will soon require captains of domestic flights into Beijing to master low-visibility landings to combat chronic flight delays that have been worsened by heavy smog.

Beijing Capital International Airport, China's busiest, has the worst record for flight delays of any major international airport, with only 18 percent of flights departing on time, according to travel industry monitor FlightStats. Thick smog has canceled or delayed flights at the Beijing airport when the city's visibility goes down to a few hundred meters (yards) - though officials typically blame the delays on weather conditions rather than pollution.

The new requirement will take effect Jan. 1, an official at the Civil Aviation Administration of China said Thursday. The official, who like many Chinese officials spoke on condition of anonymity, said the new skills would be required of all captains on Beijing-bound flights from China's other major airports, including those in Guangzhou, Shanghai, Chengdu and Shenzhen.

The captains will have to learn to land their aircraft with the assistance of precision auto-landing equipment when visibility falls to 400 meters (1,315 feet). Currently, planes are diverted to other airports when visibility is that low.

"The administration is promoting the technology to reduce the impact on flights by severe natural conditions," the aviation official said, adding that it will be up to the airlines to decide whether to use auto-landing in low visibility.

Auto-landing allows a plane to land automatically with the supervision of a human crew. Experts say that the technology improves aviation safety, but that it requires additional pilot training to supervise the precision hardware both onboard and on the ground. The system is geared for three levels of visibility: 800 meters (half a mile), 400 meters and zero visibility.

The new requirement will apply only to domestic flights because China doesn't have authority over the qualifications of foreign airlines' pilots.

Chinese airlines also have fleets of aircraft capable of auto-landing. But aviation authorities previously did not require Chinese pilots to be trained for low-visibility auto-landing because of hefty training costs, said Shu Ping, dean of aviation safety at China Academy of Civil Aviation Science and Technology.

"The training is very expensive, and the low visibility was not a normal condition," Shu said. "Now with more smoggy days, the probability of landing with low visibility is higher."

The Beijing airport's chronic delays are due to an assortment of factors, including a narrow air corridor for commercial aviation because of the powerful military's tight control over airspace. China's wide-ranging weather patterns - including fog, snow and sandstorms - also play a role, as does Beijing's severe pollution.

An annual report says weather conditions caused more than 20 percent of the flight delays last year in China, though it does not elaborate on how many were attributed to air pollution.