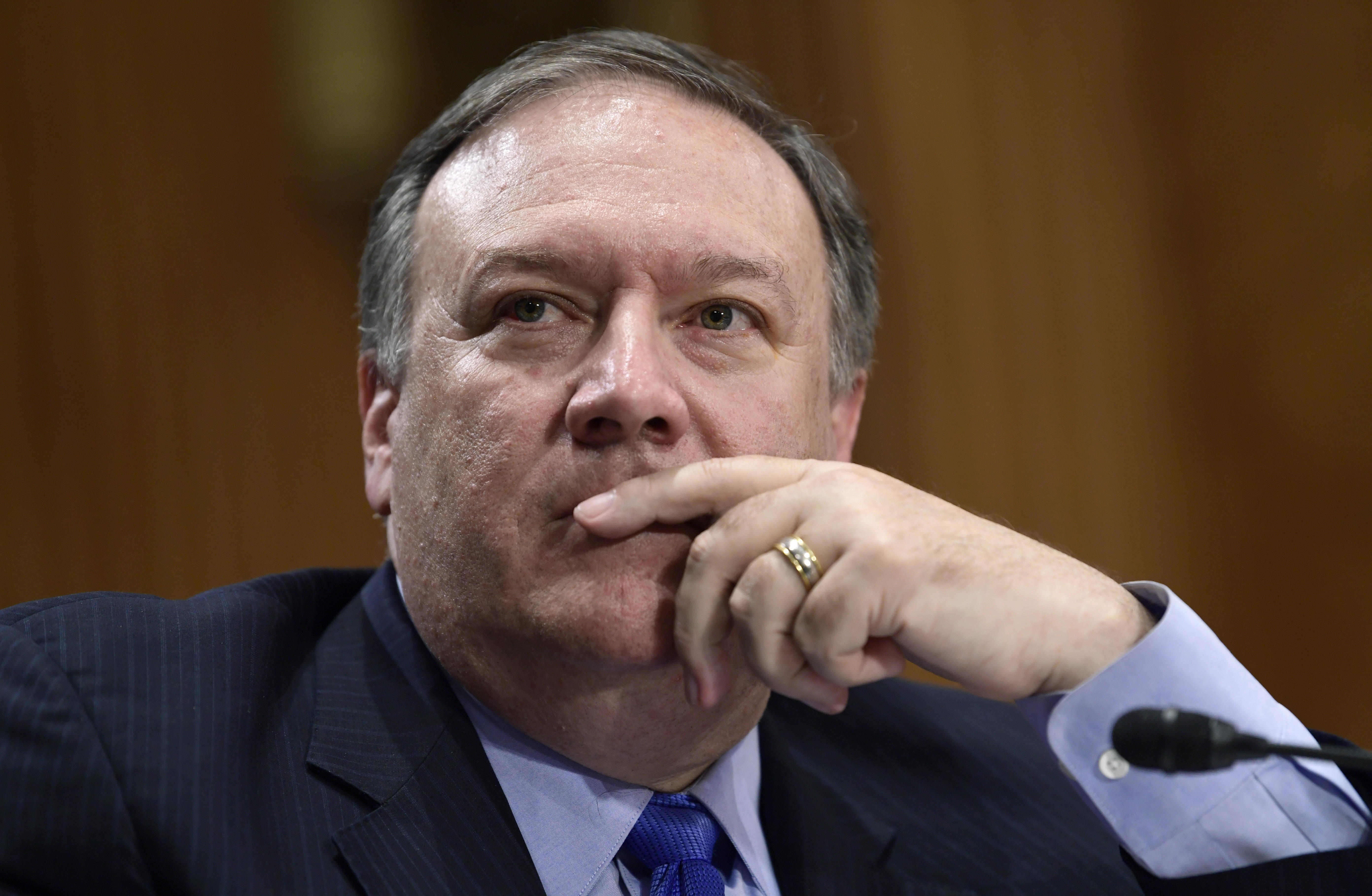 China on Saturday lashed out at President Trump for accusing Beijing of not being supportive in efforts to denuclearize North Korea, while South Korea called the U.S. decision to call off a trip to the North by Secretary of State Mike Pompeo "unfortunate."

The reaction in Beijing and Seoul came hours after Mr. Trump directed Pompeo to delay his trip because of what he saw as a lack of progress on nuclear disarmament talks with the North. Mr. Trump also said the nuclear negotiations with North Korea have been hampered by a lack of support from China, which is the North's only major ally and is engaged in an intensifying trade dispute with the United States.

"I have asked Secretary of State Mike Pompeo not to go to North Korea, at this time, because I feel we are not making sufficient progress with respect to the denuclearization of the Korean Peninsula," Mr. Trump tweeted. "Additionally, because of our much tougher Trading stance with China, I do not believe they are helping with the process of denuclearization as they once were (despite the UN Sanctions which are in place)..."

The United States has escalated a trade war with China by implementing tariffs in response to what Mr. Trump believes are unfair trade practices. China put in place retaliatory measures after the U.S. imposed tariffs on $34 billion worth of Chinese products in July.

The Chinese foreign ministry blasted Mr. Trump's comments Friday. "The U.S. statement violates basic facts and is irresponsible," the ministry said on its website. "We are seriously concerned about it and have made solemn representations to the U.S. side."

Beijing supports "advancing the process of a political settlement" following the Trump-Kim meeting in Singapore, the statement said.

It appealed to both sides to "show more sincerity and flexibility" instead of "being capricious and overly prejudiced."

Meanwhile, while describing the postponement of Pompeo's trip as a setback, South Korea's Foreign Ministry said it expects China to continue serving a "constructive role" in international efforts to solve the nuclear crisis and noted that Beijing continues to express commitment to fully implement sanctions against the North.

"It's most important to maintain a long-term view while maintaining a momentum for dialogue and concentrate diplomatic efforts to faithfully implement the agreements from the summits between South Korea and North Korea and between North Korea and the United States, instead of attaching meaning to each change in the situation," the ministry said in a statement.

"While we consider the delay of the visit to North Korea as unfortunate, we believe it's most important for the North Korea-U.S. dialogue including Secretary Pompeo's visits to North Korea to contribute to substantial progress in complete denuclearization and the establishment of a permanent peace regime in the Korean Peninsula," the statement said.

South Korean Foreign Minister Kang Kyung-hwa spoke with Pompeo over the phone and agreed that the allies should work to keep the atmosphere of dialogue alive, it said.

Mr. Trump's surprise announcement appeared to mark a concession by the president to widespread concerns that his prior claims of world-altering progress on the Korean Peninsula had been strikingly premature. Ending a period of animosity over North Korea's nuclear and missile development, Trump made history by meeting North Korean leader Kim Jong Un in Singapore in June. But the meeting only produced a vague statement on a nuclear-free peninsula without describing how and when it would occur.

Post-summit nuclear talks got off to a rocky start, with North Korea accusing the United States of making unilateral demands on denuclearization. The North has been demanding that the United States ease or lift the sanctions that are crippling its economy. It also wants the United States to fast-track discussions to formally declare an end the 1950-53 Korean War, which stopped on an armistice and not a peace treaty, leaving the peninsula technically at war.

Pompeo and other administration officials have suggested some concessions short of easing or lifting sanctions are possible before verified denuclearization, but have refused to be specific about what they could be. And they have been skeptical about an end-of-war declaration in the absence of any progress on the nuclear matter.

Mr. Trump's decision to call off Pompeo's trip is clearly a frustrating development for South Korean President Moon Jae-in, who continues to push for inter-Korean engagement. Moon, who lobbied hard for the meeting between Trump and Kim, plans to visit Pyongyang in September for his third summit with Kim this year. Moon says improving relations between the rivals would be an important part of the global diplomatic efforts to resolve the nuclear standoff because Kim wouldn't give up his arsenal unless he feels safe.

The summitry has led to a variety of conciliatory steps between the Koreas, which have held military talks to reduce tensions across the border, agreed to open a South Korean liaison office in the North, and are currently holding highly emotional reunions between elderly war-separated relatives in North Korea's Diamond Mountain resort.

Moon has also proposed more ambitious ideas, such as reconnecting railways and highways between the Koreas, but the fate of such projects hinges on progress in negotiations between Washington and Pyongyang to denuclearize the North.