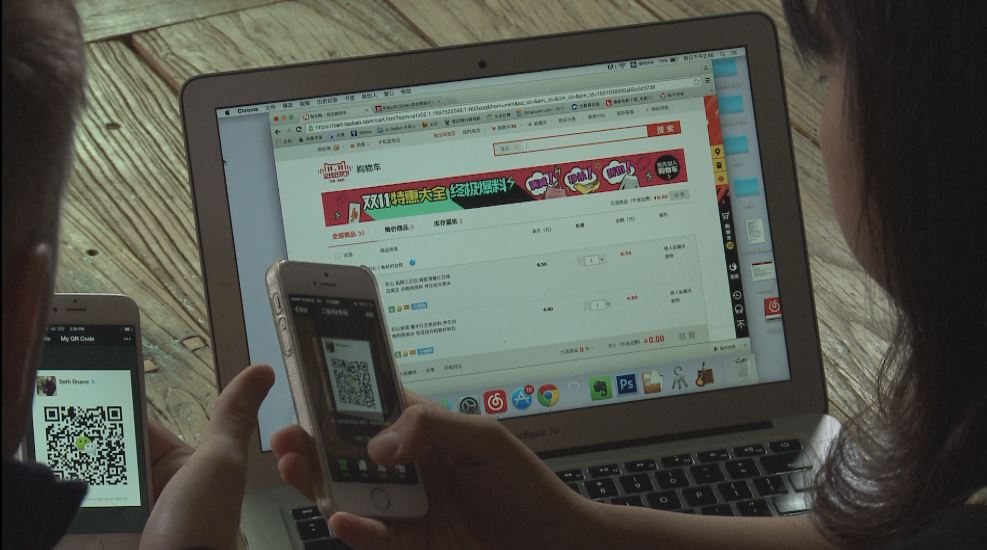 In Chinese, the word for "single" is "bare sticks," written like the number "one." Nov. 11 - eleven-eleven - marks "Singles Day" in China, which was initially launched in 2009 as an "anti-Valentine's Day" for singles to pamper themselves.

But over the years, it has been co-opted by online retailers, transforming it into the world's biggest online shopping day of the year -- nearly five times larger than Cyber Monday in the U.S.

Online retailer JD.com has already seen a record number of orders. According to China's government figures, in all, Singles Day will generate $760 million in shipments.

JD is dispatching tens of thousands of its signature red trucks and three-wheelers across China, all to satisfy the capitalist urges of this communist country.

"It's sort of a man-made holiday... or retailer made," said Shen Haoyu, a JD executive. "We prepare for this for a long time. We have plans for the unexpected. What if one warehouse - the number of orders for one city exceed our expectation? It's a pretty complicated math problem for us."

It's a complicated math problem with very big numbers. In 2014, online shopping on Singles Day reached close to $10 billion, well over some $2 billion in sales on America's "Cyber Monday."

At JD's high-tech warehouse on the outskirts of Shanghai, everything from diapers to computer equipment almost magically whipped into place on a conveyor belt. The warehouse has some of the most sophisticated sorting technology in the world, with a capacity to sort 16,000 packages an hour with an accuracy of 99.99 percent.

All this sorting and shipping - and promising, in most cases, to get it there in 24 hours - is to lure folks like 25-year-old Xing Zaozao on the other side of the order form.

Days in advance, she was filling her online cart with shoes discounted 50 percent.

Xing, who incidentally is single, assured us this is not retail therapy, but called waiting to shop on Singles Day "smart shopping."

"Because the price is cheaper than the other days. Get a good deal," she said.

It's estimated more than 90 percent of Singles Day sales -- $9 billion - went to Alibaba last year. The Internet giant is more of a "marketplace" along the lines of Ebay, connecting buyers and sellers.

Alibaba even threw a glitzy variety show to mark the day, with cameos by Daniel Craig and Kevin Spacey playing "House of Cards" president "Frank Underwood."

"And if I were allowed to shop on your Singles Day, I wonder how cheap I could get a new burner phone for example," Spacey said.

In the fierce rivalry for online shoppers, JD hopes to cut into Alibaba's bottom line. JD filed a complaint and now, China's government is investigating Alibaba for pressuring companies to sell only on its platform on Singles Day. Overall, JD's sales are growing almost three times as fast as Alibaba's using a different model - buying from suppliers and shipping to customers.

"In a lot of ways, we're similar to Amazon," said Haoyu. "What's different between us and Amazon is we have trucks - our own trucks - and our own delivery employees."

The idea is the delivery person at your door is a company employee who can answer questions and manage returns. In this high-stakes bid for business, companies try every angle to get ahead, even blasting "inspirational music" in the warehouse that motivate people to work "faster and to have that spirit."

"Because this is such an important shopping," said Haoyu.

One popular Chinese musician played over those loudspeakers is Wang Feng, whose lyrics are about "achieving more in life," which translates to the very capitalist concept of shopping on Singles Day.

JD tells us they will get so many orders on Singles Day that in some places, they have to hire employees to stand outside of shipping centers to guard the boxes that will invariably pile up.