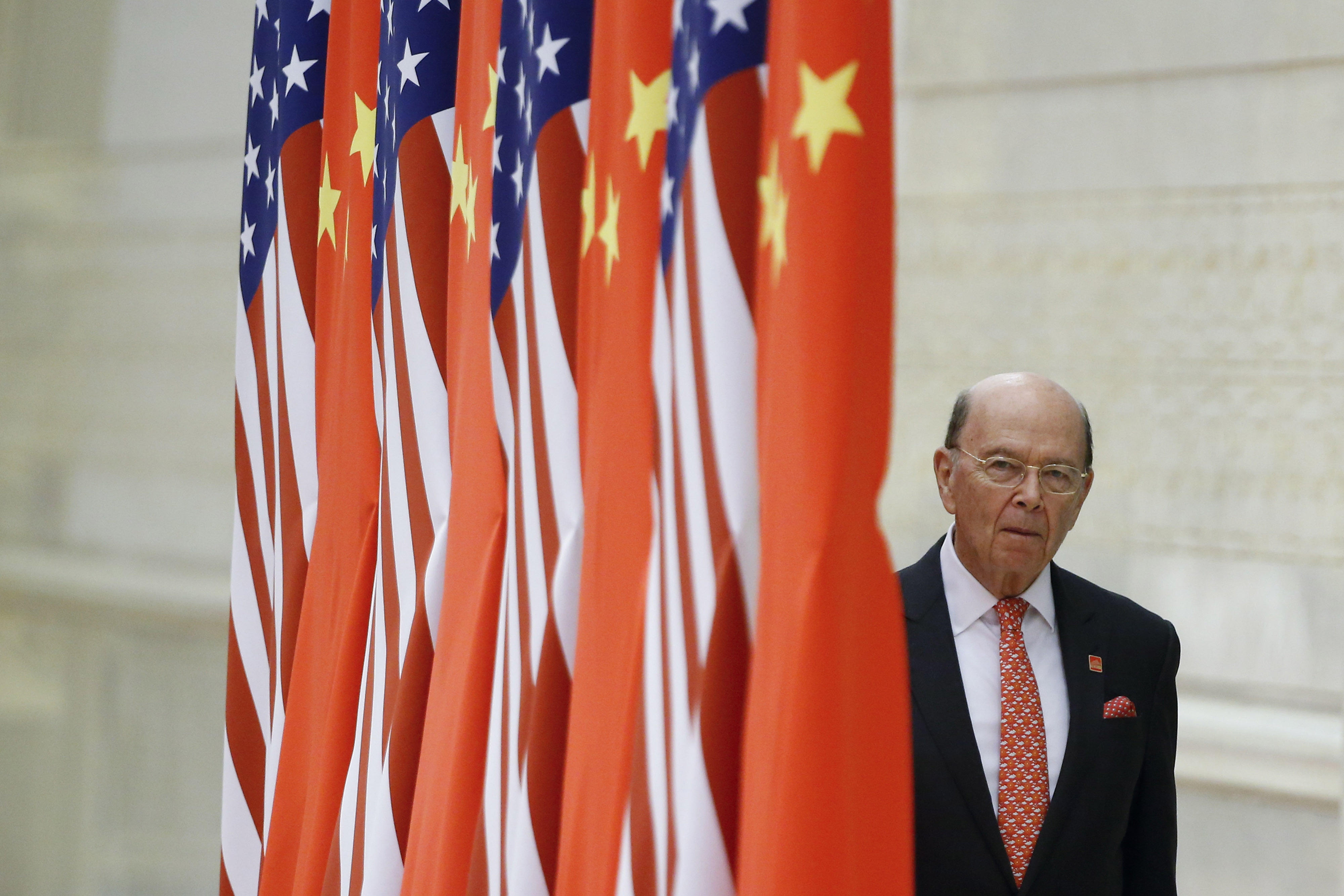 China is threatening to retaliate against proposed U.S. tariffs after Commerce Secretary Wilbur Ross' trip to Beijing failed to yield an agreement on trade.

The warning from Beijing came after delegations led by Ross and China's top economic official, Vice Premier Liu He, wrapped up talks on Beijing's pledge to narrow its trade surplus. White House advisers were insisting on fundamental changes in ties between the world's two biggest economic powers.

At the outset of the event Ross said the two sides had discussed specific American exports China might purchase, but the talks ended with no joint statement and neither side released details. The failure of Ross' trip to find common ground on trade raises the risk that tariffs will be implemented within weeks, according to analysts at Eurasia Group.

"The lack of outcomes during Wilbur Ross' trip to China underscores that Trump's latest tariff threat has shut down serious dialogue; the two sides are very likely headed for a first round of tariffs this month," Eurasia Group wrote in a research note on Sunday.

Negotiations on a deal to rescue the embattled Chinese telecom company ZTE also "appear to be hitting roadblocks," although Eurasia Group said it still believes it's more likely those talks will end successfully than not. Failure to reach a deal on ZTE "would increase the probability of a more severe and prolonged dispute," they added.

"Both sides appear to have hardened their negotiating stances and are waiting for the other side to blink," said Eswar Prasad, professor of trade policy at Cornell University. "Despite the potential negative repercussions for both economies, the risk of a full-blown China-U.S. trade war, with tariffs and other trade sanctions being imposed by both sides, has risen significantly."

Asked specifically on Fox's "Sunday Morning Futures" if the U.S. is willing to throw away its relationship with China by proceeding with threatened tariff hikes, Peter Navarro, director of the White House National Trade Council, pointed in part to an unfair relationship involving a multi-billion dollar trade deficit, Defense Secretary Jim Mattis' warning of China's activities in the South China Sea and the threat of China stealing U.S. intellectual property.

The United States has threatened to impose tariffs on up to $50 billion of Chinese products in a dispute over Beijing's aggressive tactics to challenge U.S. technological dominance; Mr. Trump has asked U.S. Trade Rep. Robert Lighthizer to look for another $100 billion in Chinese products to tax. China has targeted $50 billion in U.S. products for possible retaliation.

Tensions temporarily eased on May 19 after China promised to "significantly increase" its purchases of U.S. farm, energy and other products. Treasury Secretary Steven Mnuchin said then that the U.S. tariffs were suspended and the trade war was "on hold." The purchases are meant to reduce America's massive trade deficit in goods and services with China, which last year came to $337 billion, according to the U.S. Commerce Department.

After the apparent cease-fire, global financial markets rallied in relief.

But Mr. Trump upended the truce last Tuesday by renewing his threat to impose 25 percent tariffs on $50 billion in Chinese high-tech goods. The tariffs are meant to pressure Beijing for allegedly stealing trade secrets and forcing foreign companies to hand over technology in exchange for access to the Chinese market. Navarro later called Mnuchin's conciliatory comments "an unfortunate soundbite."

Ross nonetheless journeyed to Beijing Friday to work out details of the vague agreement Mnuchin had earlier cobbled together with the Chinese vice premier. China balked at making concessions unless the U.S. lifted the tariff threat.

"If the United States introduces trade sanctions including a tariff increase, all the economic and trade achievements negotiated by the two parties will not take effect," said a Chinese government statement, carried by the official Xinhua News Agency.

The negotiating process should be "based on the premise" of not fighting a "trade war," the statement said.

The dispute with China comes at the same time Mr. Trump has riled some of America's closest allies with the imposition of tariffs on steel and aluminum imports.

After a three-day meeting of finance ministers from the G7 industrial nations that ended Saturday in Canada, Canadian Finance Minister Bill Morneau issued a summary saying the other six members want Mr. Trump to hear their message of "concern and disappointment" over the U.S. trade actions.

Allies including Canada and the European Union are threatening retaliatory tariffs.

Canadian Prime Minister Justin Trudeau told NBC's Meet the Press on Sunday that the reciprocal tariffs would hurt both U.S. and Canadian workers and consumers. He also pushed back against the argument that Canadian steel poses a U.S. security threat.

"The idea that we are somehow a national security threat to the United States is quite frankly insulting and unacceptable," he said.

"We regret that our common work together at the level of the G7 has been put at risk by the decisions taken by the American administration on trade and on tariffs," he said.

Trade analysts had warned Ross's hand might be weakened if the Trump administration alienated allies who share complaints about Chinese technology policy and a flood of low-priced steel, aluminum and other exports.