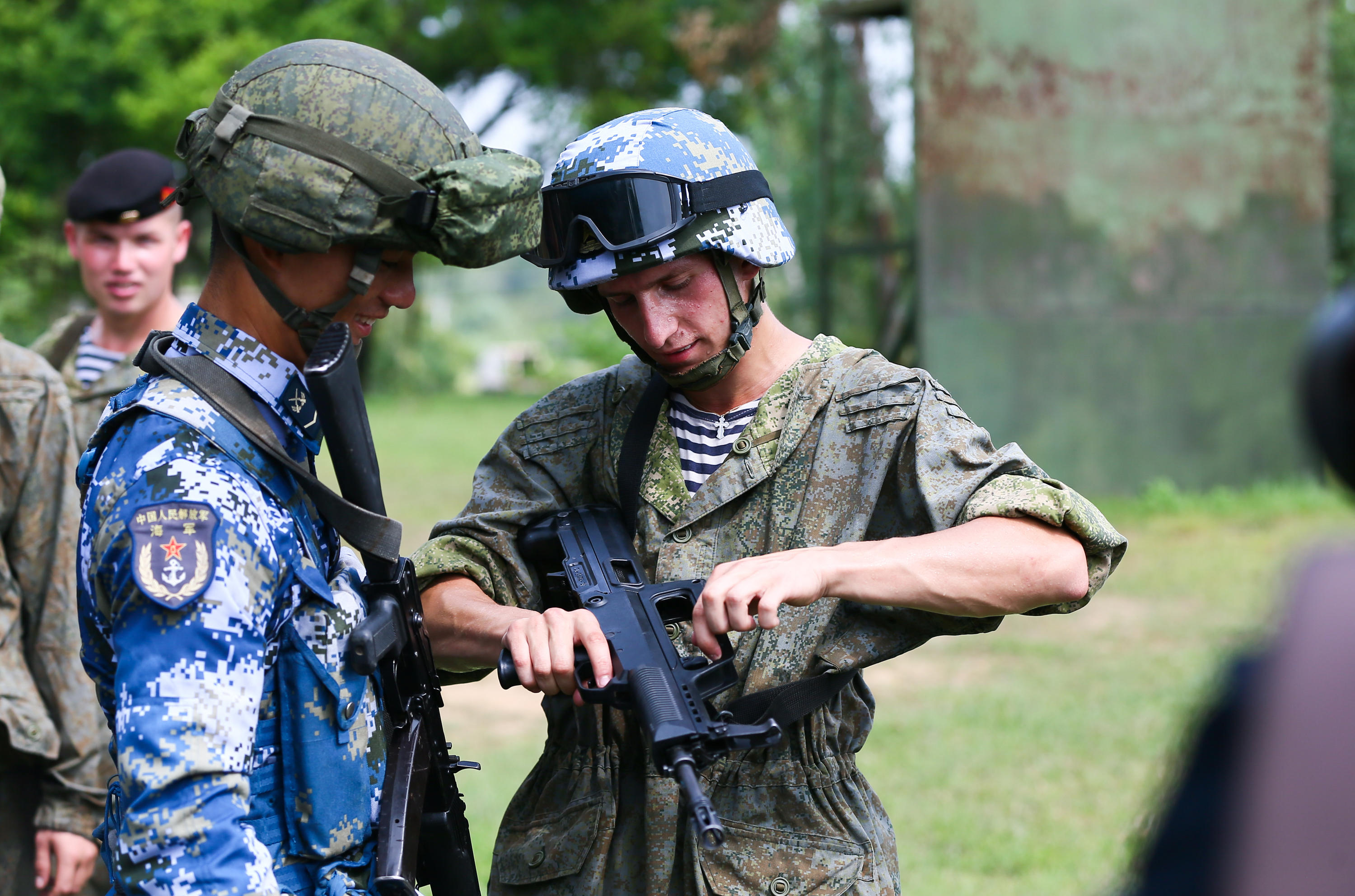 MOSCOW - Amid escalating U.S.-Russia tensions, the Russian military said Tuesday it will cooperate with China on efforts to fend off a threat posed by the U.S. missile defense program.

Lt. Gen. Viktor Poznikhir of the Russian military’s General Staff accused the Pentagon of developing the shield as part of planning for a possible first nuclear strike. “The missile defense system considerably shifts the balance of offensive weapons, allowing the planning of a more efficient pre-emptive strike,” he said at a security conference in China.

Russia and China have frequently expressed concerns about the U.S. missile shield, but Poznikhir dropped any diplomatic reticence in his blunt speech that reflected a widening rift between Moscow and Washington.

“Russian military experts believe that the U.S. hopes to gain the capability to strike any region of the world, including Russia and China, with nuclear-tipped missiles with impunity,” he said. Poznikhir argued that Washington’s calculus would be to launch a first disarming strike and then rely on the missile shield to shoot down the remaining enemy missiles launched at the U.S. in a retaliatory strike.

He used an analogy of two gladiators armed with swords facing each other.

“If one of the gladiators takes up a shield, it will give him a marked advantage and make him think that he would be able to win, particularly if he strikes first,” he said. “What would another gladiator do? Naturally, he also would pick up a shield and also a longer and stronger sword. This is what happening now as a result of the U.S. missile deployment.”

Poznikhir said that both Russia and China have taken countermeasures in response to the U.S. missile defense program, but he didn’t elaborate.

He noted that Russia and China held drills earlier this year to simulate a joint action to fend off missile strikes under the protection of a missile defense system near their borders. Poznikhir added that Moscow and Beijing will conduct a similar exercise next year.

Like other Russian officials before him, Poznikhir shrugged off U.S. statements that the missile defense system is intended to fend off threats from North Korea and Iran. He argued that the planned U.S. system will include hundreds of missile interceptors - a capability far exceeding the need to deal with any potential threats from Iran and North Korea.

“Under the pretext of countering the North Korean and Iranian ‘missile threats,’ the system intended primarily for engaging Russian and Chinese missiles is being developed,” he said.

“The illusion of invulnerability and impunity under the missile defense umbrella would encourage Washington to take unilateral steps in dealing with global and regional issues,” Poznikhir said. “That can objectively lead to lowering the threshold of nuclear weapons use to pre-empt the enemy’s action.”

He added that governments in Europe and Asia which agreed to host elements of the U.S. missile shield had made their people “hostages of the U.S. unpredictable action.”