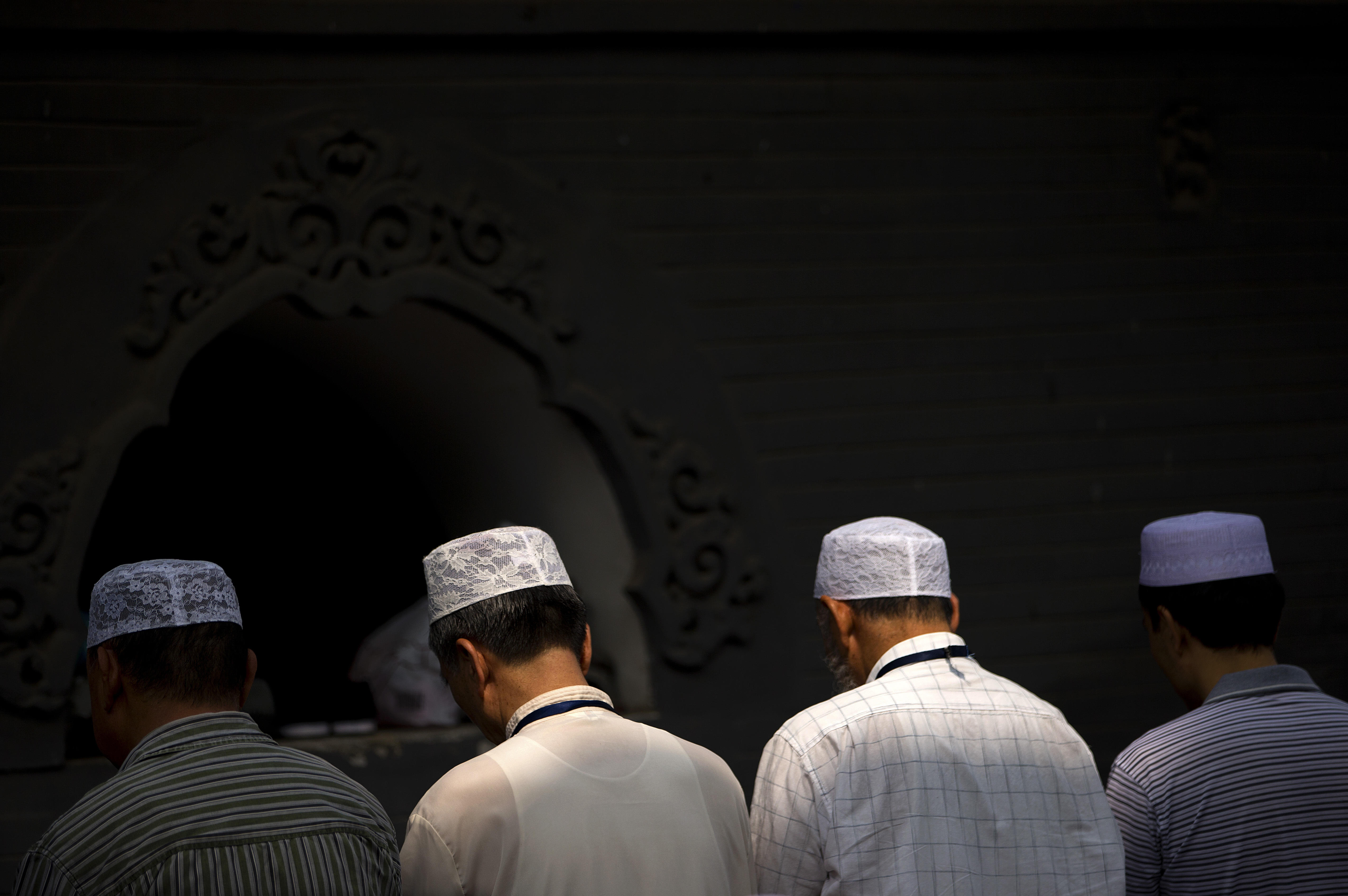 BEIJING -- China on Tuesday characterized its mass internment of Muslims as a push to bring into the "modern, civilized" world a destitute people who are easily led astray -- a depiction that analysts said bore troubling colonial overtones. The report is the ruling Communist Party's latest effort to defend its extrajudicial detention of Central Asian Muslim minorities against mounting criticism.

China's resistance to Western pressure over the camps highlights its growing confidence under President Xi Jinping, who has offered Beijing's authoritarian system as a model for other countries.

About 1 million Uighurs, Kazakhs and other minorities have been arbitrarily detained in mass internment camps in China's far west Xinjiang region, according to estimates by a U.N. panel. Former detainees say they were forced to disavow their Islamic beliefs in the camps, while children of detainees are being placed in dozens of orphanages across the region.

The report by the official Xinhua News Agency indicated that key to the party's vision in Xinjiang is the assimilation of the indigenous Central Asian ethnic minorities into Han Chinese society -- and in turn, a "modern" lifestyle.

Xinjiang Gov. Shohrat Zakir said the authorities were providing people with lessons on Mandarin, Chinese history and laws. Such training would steer them away from extremism and onto the path toward a "modern life" in which they would feel "confident about the future," he said.

"It's become a general trend for them to expect and pursue a modern, civilized life," Zakir said, referring to the trainees. He said the measures are part of a broader policy to build a "foundation for completely solving the deeply-rooted problems" in the region.

Leibold described Beijing's perspective on minorities as: "They're superstitious, they're deviant, they're potentially dangerous. The role of the party-state is to bring them into the light of civilization, to transform them."

Despite growing alarm from the U.S. and the United Nations, China has maintained that Xinjiang's vast dragnet of police surveillance is necessary for countering latent extremism and preserving stability.

The Turkic-speaking Uighurs have long resented restrictions placed on their religious practices. They say they experience widespread discrimination in jobs and access to passports.

In the Xinhua report, Zakir said authorities provide free vocational training in skills geared toward manufacturing, food and service industries. Zakir said "trainees" are paid a basic income during the training, in which free food and accommodations are provided.

The report appeared aimed at disputing accounts provided by former detainees, who have said they were held in political indoctrination camps where they were forced to denounce Islam and profess loyalty to the party.

Ethnic Uighurs and Kazakhs have told The Associated Press that ostensibly innocuous acts such as praying regularly, viewing a foreign website or taking phone calls from relatives abroad could land one in a camp.

Zakir said the training centers were for people "who are influenced by terrorism and extremism, and those suspected of minor criminal offenses" who could be exempted from criminal punishment.

Zakir did not say whether such individuals were ever formally charged with any crime or provided a chance to defend themselves against the allegations. The report also did not say if attendance was mandatory, though former detainees have said they were forcibly held in centers policed by armed guards.

The authorities' attempts to justify the camps "illustrate what the 'rule of law' in China means - that the party bends it to its will and uses it as a weapon against perceived political enemies," Wang said in an email.

Zakir did not say how many people were in such courses, but said some would be able to complete their courses this year.

Zakir seemed to try to counter reports of poor living conditions within the camps, saying that "trainees" were immersed in athletic and cultural activities. The centers' cafeterias provide "nutritious, free diets," and dormitories are fully equipped with TVs, air conditioning and showers, he said.

Omir Bekali, a Xinjiang-born Kazakh citizen, said he was kept in a cell with 40 people inside a heavily guarded facility.

Bekali said he was kept in a locked room with eight other internees. They shared beds and a wretched toilet. Baths were rare.

The idea that one's beliefs can be transformed through indoctrination dates back to the Mao Zedong era, when self-criticisms and public humiliation were routinely employed to stir up ideological fervor.

The program's philosophies can be traced even further back to the late imperial era, when Xinjiang's "natives" were seen as requiring education in the Confucian way, according to Michael Clarke, a Xinjiang expert at Australian National University.

Amnesty International called the Xinhua report an insult to detainees and the families of people who have gone missing in the crackdown.

"No amount of spin can hide the fact that the Chinese authorities are undertaking a campaign of systematic repression," the human rights group said.