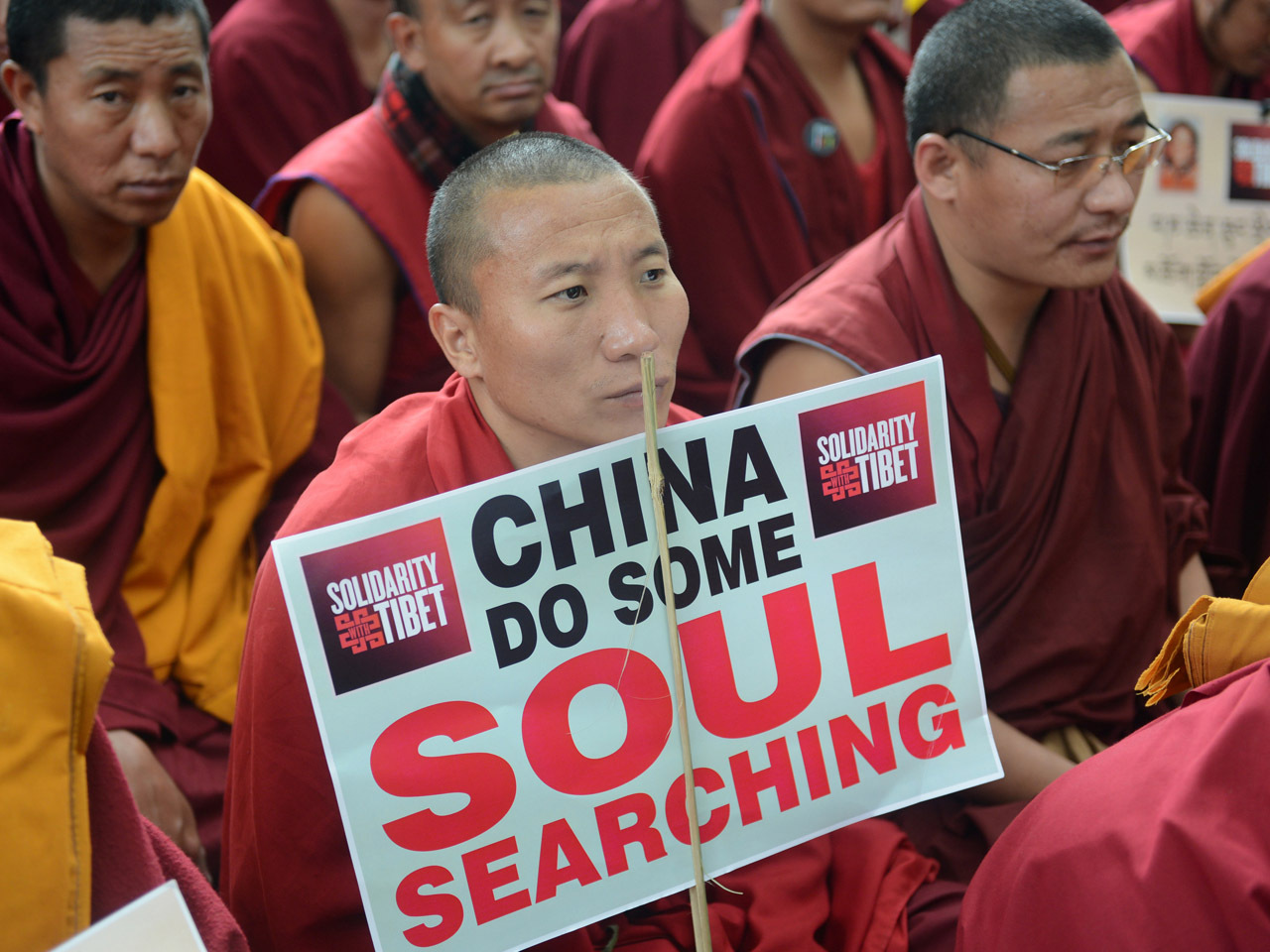 BEIJING A Chinese court sentenced a Tibetan man to 13 years in prison Friday for goading a monk to self-immolate, as Beijing steps up a crackdown on self-immolations aimed at protesting communist rule.

The sentence by a court in the northwestern province of Qinghai follows a news report that the Chinese government has detained 70 people in the province's ethnic Tibetan areas.

The sentence and detentions come as Beijing steps up efforts to blame the exiled Tibetan spiritual leader, the Dalai Lama, for protests in which nearly 100 Tibetan monks, nuns and lay people have set themselves on fire since 2009. The measures are a sign new Chinese leaders installed in November are not easing up on the Tibet issue despite the protests and international condemnation.

The protesters are calling for Beijing to allow greater religious freedom and the return from exile of the Dalai Lama, who lives in India.

Communist troops occupied the Himalayan region in 1951. Beijing says it has been part of China for centuries, but Tibetans say it was independent for much of that time. The Dalai Lama fled the region in 1959 as Chinese troops crushed protests against communist rule.

The latest detentions occurred in an ethnic Tibetan area of Qinghai province, which abuts Tibet, the government's Xinhua News Agency reported late Thursday. It said 12 of those detained were formally arrested but gave no details of the charges.

In a separate report, Xinhua said Phagpa, 27, was sentenced Friday after being convicted of murder and inciting split of the state after he encouraged a monk in Tongren county to burn himself. The monk did not carry out the act after a family member discovered the plan and dissuade him from self-immolating, Xinhua said.

Beijing now considers self-immolation a crime, and it has vowed to prosecute anyone who organizes, plans, incites, abets, hoaxes or helps others to self-immolate on murder charges.

Beijing has responded to the protests by sending in security forces to seal off areas and prevent information from getting out, arresting protesters' friends and seizing satellite TV dishes. Despite that, the pace of self-immolations accelerated in November as the ruling Communist Party held a pivotal leadership transition.

The government has blamed the burnings on hostile foreign forces that want to separate Tibet from the mainland.

The burnings have galvanized many Tibetans, who see them as selfless acts of sacrifice, making it hard for authorities to denounce the immolators.

On Thursday, the Voice of America, a U.S. government-financed broadcaster, denied accusations by Chinese state television and a government newspaper that it encouraged the burnings.

The U.S. State Department expressed concern about the "deteriorating human rights situation in Tibetan areas" and the use of criminal laws against people associated with protesters.

"Our concern is that there are deep grievances within the Tibetan population which are not being addressed openly and through dialogue by the Chinese government," said a department spokeswoman, Victoria Nuland.

Nuland said Washington urged Beijing to "engage in a substantive dialogue" with the Dalai Lama.

"We continue to call on Chinese government officials to permit Tibetans to express their grievances freely, publicly and peacefully, without fear of retribution," she said.