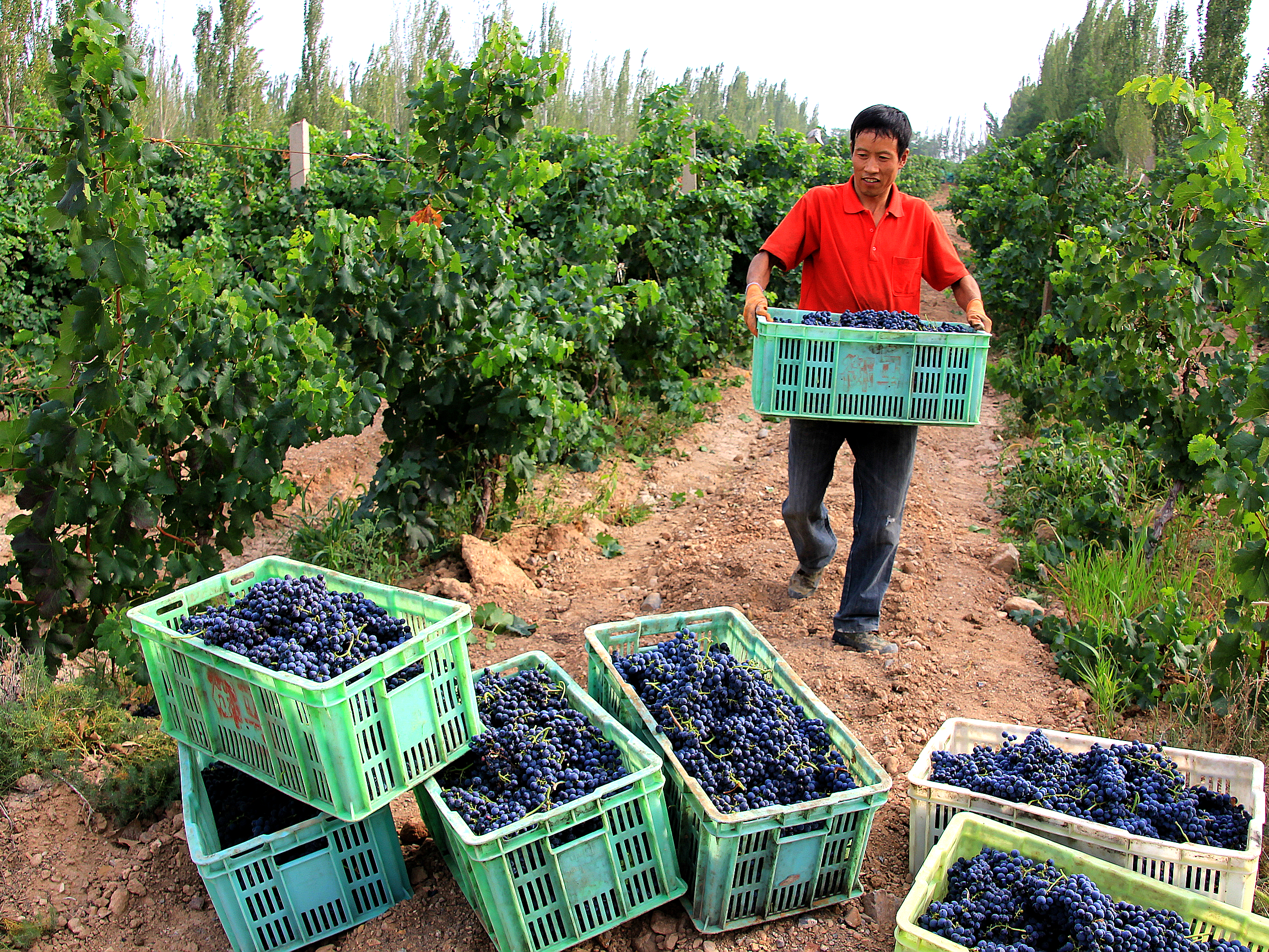 When you think of wine, France, Italy and California likely come to mind, but in China, the world's fifth-largest consumer and producer, winemakers are determined to add that country to the list, CBS News' Seth Doane reports.

The desert in Ningxia is being transformed.

It's taking billions of gallons of water to irrigate fields there each year and hundreds of millions of dollars of investment to make it China's wine country.

Now, MacNeil is updating her book "The Wine Bible," writing for magazines and trying to understand these really "new world" wines.

"So I think I have a good understanding of when wine has potential and when it doesn't," she said.

MacNeil said it only takes money to buy all the great wine in the world, but it takes expertise to make wine.

At the vineyards of Ningxia, MacNeil toured and tasted wines -- sometimes, right from the barrel. The region is about 500 miles west of Beijing and has more than 50 wineries.

"Our grandchildren will probably know this like they'll know any other wine region in the world," she said.

There are about 80,000 acres of vineyards planted in Ningxia. By 2020, they plan to have more than 160,000. That's more than three times the amount in Napa. Napa did it in a century. Ningxia only took a decade.

The region also boasts Chandon, a sprawling, state-of-the-art winery part of a $28 million co-investment between a Chinese company and luxury goods giant LVMH.

"For LVMH, Louis Vuitton Moët Hennessy, to spend this kind of money here is a big thumbs-up in terms of its confidence in the Chinese market," MacNeil said.

"We start from scratch," said Chandon general manager Shen Yang. "We build up the winery, the vineyards - everything."

Yang is Chinese, but his English has the slightest French accent.

"I learned winemaking in France, so I want to bring this 'savoir-faire' in China," he said.

But Yang pointed out some very specific challenges in the fields.

He said it's to protect them from the wind and cold.

Covering the vines each winter is done by hand, which drives up cost. Then, there's the question of sustainability, regarding watering all of these vines in a desert, and supply, if all of this wine can actually be sold.

"I think it is a risky bet, but I think the Chinese philosophy has been 'Build it and they will come and if you build it well, they will come.' So we'll just have to see," MacNeil said.

China's wine makers say they're focusing on the domestic market first, but down the road, Americans should see Chinese wines in stores stores too.