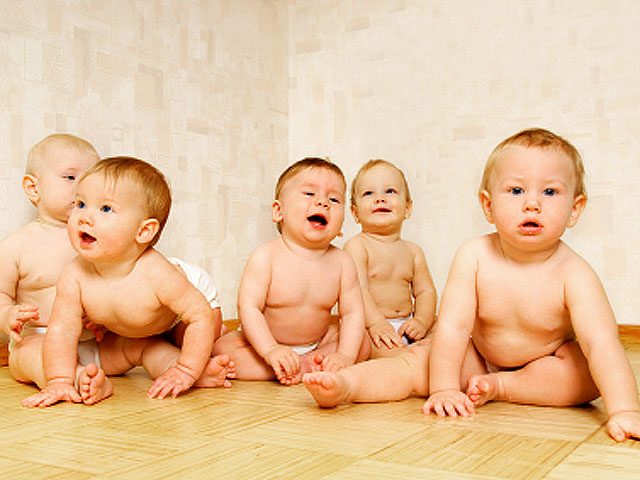 (CBS News) Childhood obesity for some kids may be triggered by two genetic variations, according to a new study.

Although poor food choices and lack of exercise are often blamed for the country's burgeoning childhood obesity epidemic, the researchers behind the new study say a genetic component may also share some responsibility.

"This is the largest-ever genome-wide study of common childhood obesity," study author Dr. Struan F.A. Grant, associate director of the Center for Applied Genomics at The Children's Hospital of Philadelphia, said in a written statement. "As a consequence, we have definitively identified and characterized a genetic predisposition to common childhood obesity."

The researchers looked at 14 earlier studies that included 5,500 obese kids and 8,300 healthy control subjects. By genotyping the DNA from children with obesity, the researchers found two novel variations - one near a gene on the 13th chromosome and the other near chromosome 17 - that had never been previously implicated in other studies as related to obesity. The genes might be tied to intestinal function, but the researchers aren't certain.

The genes are "very common in the population," Grant told HealthDay. The genes can be identified in adults but express much weaker, suggesting the genes' biggest impacts are during the first years of life.

The findings are published in the April 8 issue of Nature Genetics.

"This work opens up new avenues to explore the genetics of common childhood obesity," Grant said in the statement. "Much work remains to be done, but these findings may ultimately be useful in helping to design future preventive interventions and treatments for children, based on their individual genomes."

According to WebMD, inheriting the genetic marker on chromosome 13 would increase a child's obesity risk by 22 percent, and inheriting the other market would contribute to a 14 percent raised risk.

More than one-third of all U.S. children and adolescents are overweight or obese, and childhood obesity rates have tripled over the past 30 years.

But the findings don't suggest that obesity is exclusively caused by genes. Experts commenting on the study said babies born with the genes may not necessarily grow into obese children.

"This does not mean that those who are genetically susceptible are destined to become obese adults, because a healthy lifestyle remains an important factor that can reduce one's genetic susceptibility," Dr. Ruth Loos, director of the Genetics of Obesity and Related Metabolic Traits Program at Mount Sinai School of Medicine in New York, told USA Today. "If some of these genes turn out to be drug-able targets, then maybe this could lead to new medication," Loos said. "But that is indeed years away."

"We may know more about childhood obesity, but until there's a magic bullet, the treatment will be the same," Dr. Keith-Thomas Ayoob, assistant clinical professor of pediatrics at the Albert Einstein College of Medicine in New York City, told MedPage Today. "Kids still need to have better diets and they really need to be more active."