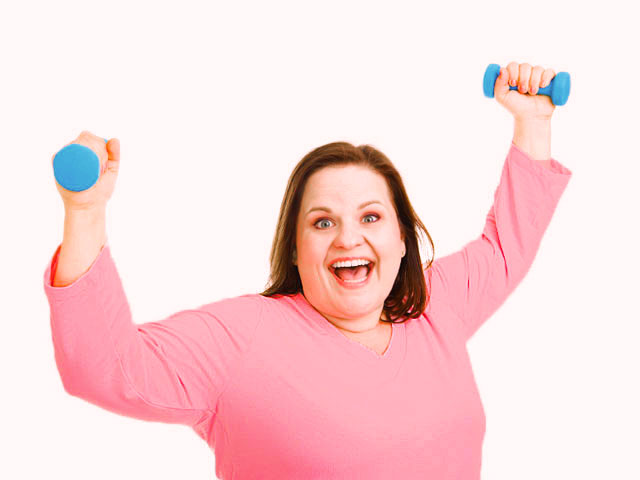 (CBS) It's no secret that exercise helps fight obesity. And now there's research suggesting that working up a sweat can help keep the pounds off even if you're saddled with what some call the "obesity gene."

The scientists behind the eye-opening research say their findings may help dispel the notion among many heavy people that their weight problem is completely beyond their control.

"Our findings are highly relevant to public health," the authors of the study said in a written statement. "They emphasize that physical activity is an effective way of controlling body weight, particularly in individuals with a genetic predisposition towards obesity."

For the reseach - published in the Nov. 1 issue of the journal PLoS Medicine - researchers analyzed data from more than 218,000 adults and showed that individuals who have a copy of the "fat mass and obesity associated" gene do have an increased risk for becoming fat. But among people with the FTO gene, the risk of obesity was 27 percent lower in those who were physically active than in those who were sedentary.

How much exercise does it take to counteract the gene? About an hour a day five days a week, study author Dr. Ruth Loos, an obesity researcher at Addenbrooke Hospital in Cambridge, England, told USA Today.

"You don't have to run a marathon or necessarily join the gym, but walking the dog, cycling to work, taking the stairs...will have the effect we saw in our study," she said. "We hope that studies like ours convince people that even when genetically susceptible, a healthy lifestyle will help in the prevention of weight gain."

Good news, maybe. But the finding does seem to give more ammunition to folks who say people are fat because they're lazy - something that experts say really isn't fair.

"It really is a genes-environment interaction," Dr. Robert Berkowitz, senior medical director of the Weight and Eating Disorders Program at the University of Pennsylvania, told HealthDay. "Most of us are faced with sedentary jobs, so we're not as active as we used to be even 30 or 40 years ago. I think it all makes it difficult for a person coping with a weight problem."

What do you think? Is obesity beyond an individual's control - or evidence of laziness?