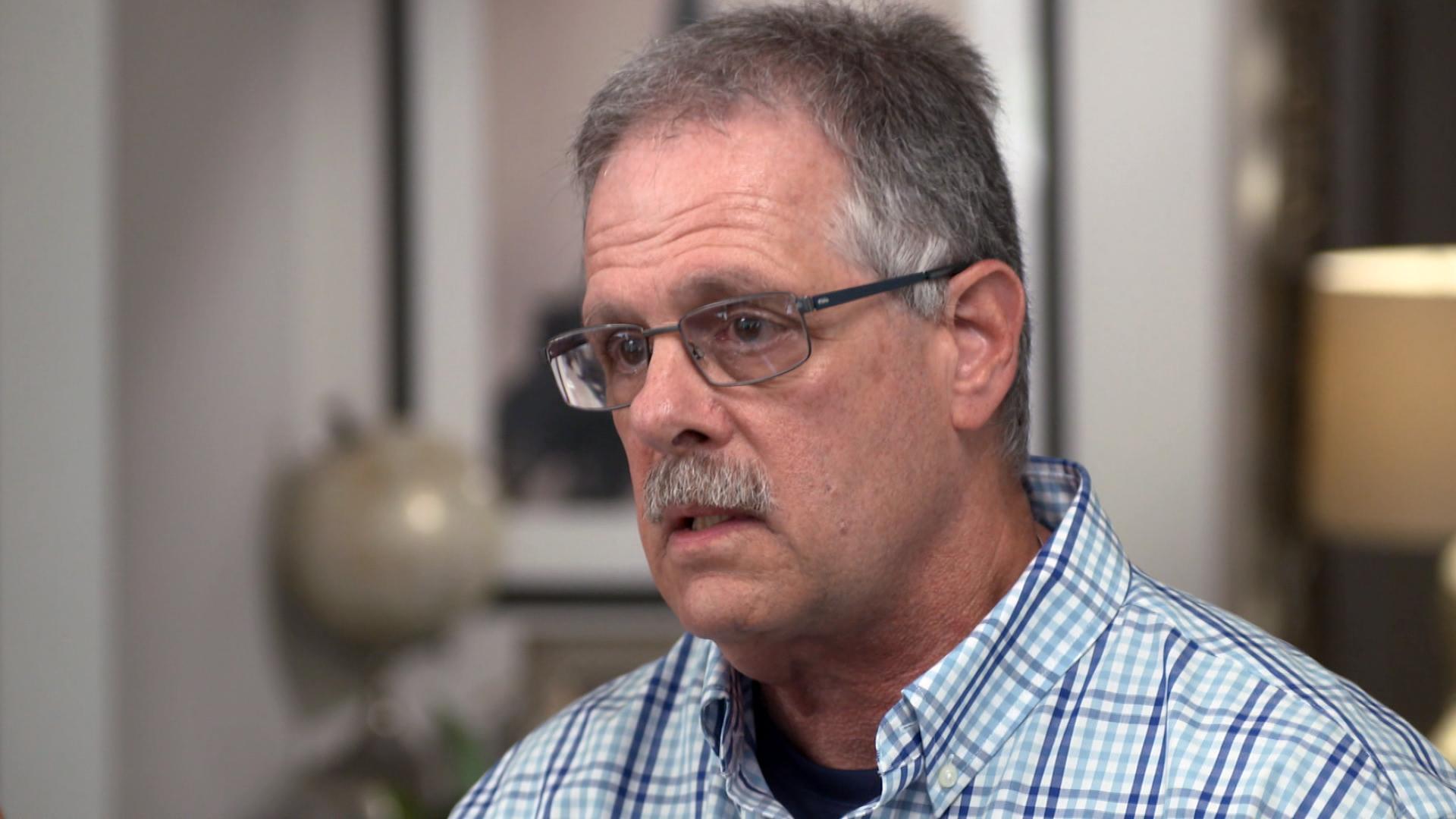 A groundbreaking new law took effect overnight in New York. The Child Victims Act gives sexual abuse survivors, barred by a statute of limitations, a one-year window to file a civil lawsuit against their alleged perpetrators, and institutions like the boy scouts, schools and the Catholic Church.

As the act goes into effect, survivors like James Larney are coming forward.

"My dad always told me the priest is just one step away from God," Larney said. "You must respect and do whatever he wants you to do."

Larney says that message from his devoutly Catholic father intensified the confusion and fear he experienced at age 13, when he says his then priest, Monsignor Raphael Pakulniewicz, began sexually abusing him in the choir loft at Saint Anthony of Padua Church on Staten Island.

Larney has never spoken publicly about the sexual abuse he says he suffered, but he described the alleged acts to Nikki Battiste for CBS News.

"Very slowly, he put his hand behind my head and I started to cry quietly," Larney said. "But, he was not gonna stop. And he guided my head down-- and this was the behavior for the next, about 18 months."

The priest died in 2000. Larney, now 66, says by the time he was ready to come forward it was too late. The statute of limitations for any criminal or civil recourse had long passed, until now. Larney said the New York Child Victims Act gives him power back.

"I never thought that this moment would come," Larney said, "Where I'd be able to legally seek justice."

Larney is now suing Saint Anthony of Padua and the Archdiocese of New York. Jennifer Freeman is his attorney.

"This is about accountability and responsibility," Freeman said. "Holding those institutions responsible for what they allowed or did to children."

The Child Victims Act opens a one-year "look-back window" in New York during which any person who was under the age of 18 when they were sexually abused can file a civil lawsuit regardless of their age now. Victims previously only had until age 21 to sue an institution and age 23 to sue a perpetrator.

"This isn't just about money. This is about justice and this is the way America does justice," Marci Hamilton, founder of the child abuse advocacy group, CHILD USA, said.

Hamilton expects thousands of lawsuits to be filed against everyone from coaches to Jeffrey Epstein's estate.

"What we're going to learn about is the hidden dangers to children, hidden child predators across the state of New York that nobody knew about," Hamilton said.

And it may not be just New York. Nationally, a total of 18 states and the District of Columbia have new statute of limitations reform laws going into effect this year, according to CHILD USA. Four states and D.C. are offering a look-back window.

Catholic clergy abuse survivor Shaun Doughtery has fought for reform in Pennsylvania, where he was sexually abused when he was 10 and where one year ago the Catholic Church grand jury report was released. He said he would describe the Catholic Church today as "morally corrupt."

Over the past 12 months, CBS News has traveled with Doughtery to Rome for the Vatican's sexual abuse summit. And we were there when he confronted a former priest he says molested him.

"I'm certainly sorry for any harm I've caused and I'm ashamed of anything I did back then," the priest said.

Dougherty says he won't stop fighting for change in Pennsylvania, where victims must file civil lawsuits by age 30.

But Larney does have the opportunity, and for that, he says he's grateful.

"I'm hoping that the Catholic Church wakes up," Larney said. "And puts an end to this abuse."

CBS News reached out to Saint Anthony of Padua about Larney's accusations and the parish directed us to the Archdiocese of New York.

The archdiocese told us there are no allegations against that priest in his file and he is not included on any of the lists of accused priests it has published. It says it hasn't seen Larney's lawsuit and cannot comment on it, but the archdiocese says it encourages anyone with an allegation to immediately bring it to law enforcement.