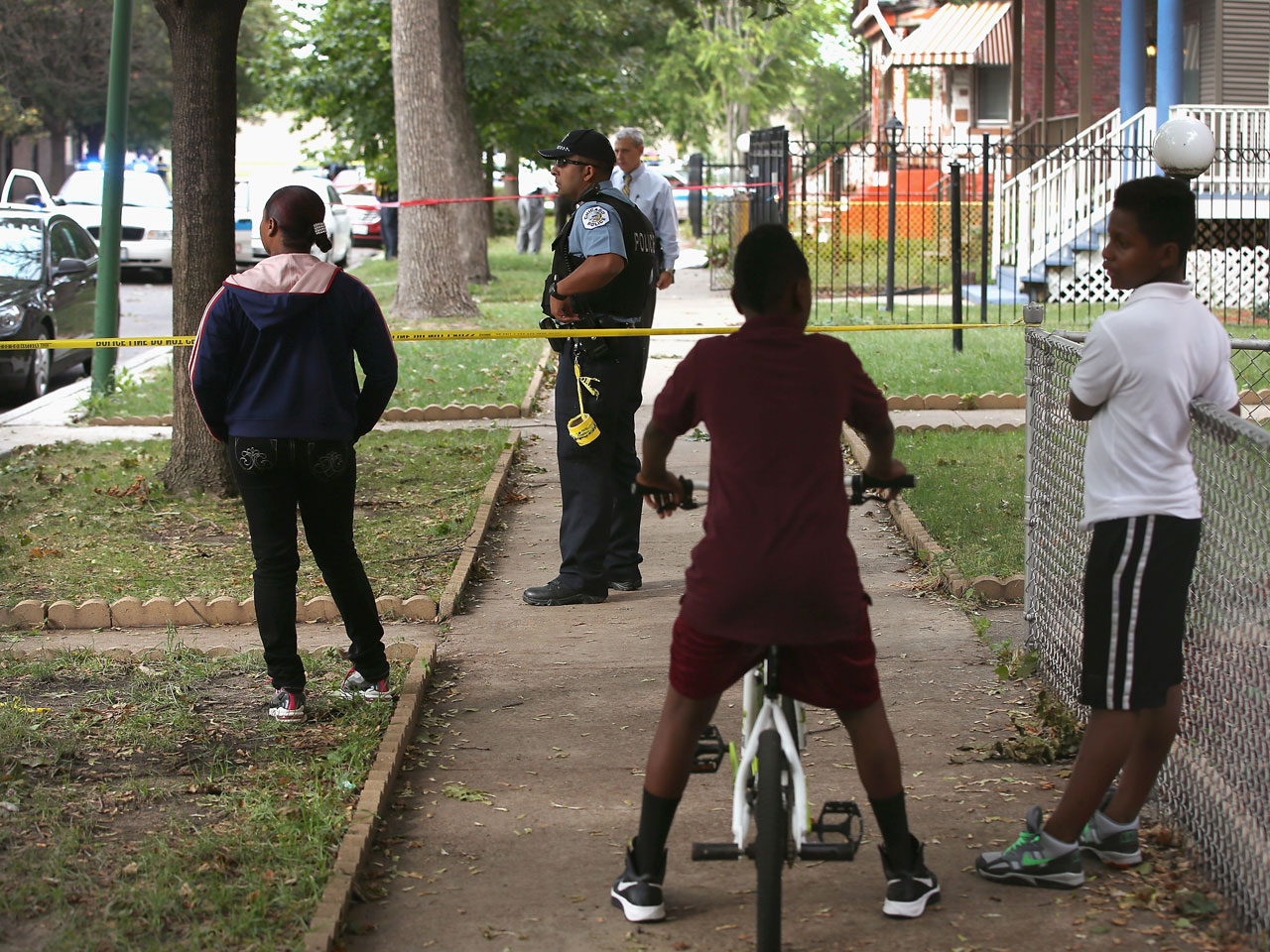 CHICAGO - Police have fatally shot a teen on the South Side of Chicago, one of five people shot by the city's police department since Friday, and the second in which a suspect has died. The shootings are the latest in an ongoing wave of gun violence gripping the city.

The teen has been identified as Warren Robinson. He was just a week shy of his 17th birthday, reports CBS Chicago.

Overall, 50 people were shot in the city over the holiday weekend, reports The Chicago Tribune.

Investigators say they responded to a call of shots fired and tracked Robinson down to an alley in the Greshman neighborhood.

Officials say they found him hiding under a car with a gun in his hand and they told him to drop it. Police say he refused, but his mother has a different story.

"They shot him over twenty times," said the victim's mother, Georgiana Utendahl. "They are trying to say he had a gun on him and he didn't have a gun on him."

"He was told multiple times (to) drop the gun. He is coming out from under the car with the gun in hand. At that point he shot. He is told again...to drop the gun and he refuses to do so, (and) still has his finger on the trigger. The officers again defend themselves," said Fraternal Order of Police spokesman Pat Camden.

It was the second fatality from a police-involved shooting this holiday weekend.

Late Friday, officers were on patrol when they saw a man holding something suspicious under his arm. As they approached, they realized it was a gun. Officers fired when they say he turned and pointed the weapon at them, a union official said.

In another police shooting, police chased a suspect in Englewood on Saturday. Police say the suspect pointed a gun at police, and officers then shot the suspect. The suspect was taken to the hospital and no officers were hurt.

The ongoing violence plaguing the city was recently chronicled by CBS' "48 Hours" in a series called "The War in Chicago."

The issue really grabbed national attention in 2012, when Chicago became the nation's only city to record more than 500 homicides.

The issue rose again to prominence last year when 15-year-old Hadiya Pendleton, who performed at President Obama's inauguration with her high school band just a few weeks earlier, was shot to death at a Chicago park. Police said she was just taking shelter from the rain under a canopy at the park with about 12 other teenagers when a man jumped a fence, ran up to them and opened fire.

There has been a steady decline in the city's rate of violence since 2012, however. In the first four months of 2014, the number of murders rose compared to the same time period last year, but the overall number of shooting victims was down slightly, CBS Chicago reports.

Police said both numbers are down significantly from 2012.

Chicago Mayor Rahm Emmanuel has taken a lot of heat for the ongoing violence, and the string of recent shootings by police are unlikely to make things better. Emmanuel recently proposed new restrictions that would make Chicago the first major city in the country to order gun shops to videotape their purchases. Critics have countered that many guns used in Chicago crimes are obtained outside city limits.