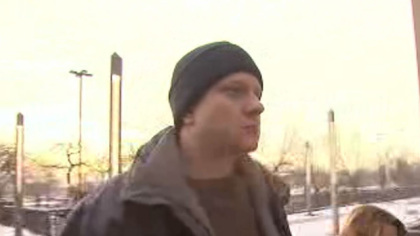 CHICAGO -- An attorney for a white Chicago police officer charged with murder in the shooting death of a black teenager said he is considering asking for a change of venue because of comments made by Mayor Rahm Emanuel.

Jason Van Dyke will appear in court Friday to formally hear the charges against him. He faces six counts of first-degree murder and one of official misconduct in the death of 17-year-old Laquan McDonald. Van Dyke shot the teen 16 times in the Oct. 2014 shooting captured on a squad car video.

The release of those images triggered protests, forced the resignation of the city's police chief and put the entire police department under a wide-ranging civil rights investigation by the U.S. Department of Justice.

Defense attorney Dan Herbert told The Associated Press he may ask for a change of venue because of remarks Mayor Emanuel has made in several public appearances.

"The mayor has continued to indict my client in the press and before the City Council for the last couple of weeks," Herbert said. "So I imagine when I bring motion for change of venue, Exhibit A will be all the mayor's comments."

The mayor has faced calls to resign from protesters who accuse City Hall and the police department of a cover-up because the city fought for months to keep the video from being released under the argument that doing so would hinder the investigation into the shooting.

At the end of November, a judge ordered the city to make the images public.

During a Nov. 24 news conference to release the video, Emanuel mentioned the officer by name and said it was clear his actions were wrong.

"We hold our police officers to a high standard and obviously in this case, Jason Van Dyke violated both the standards of professionalism that come with being a police officer but also basic moral standards that bind our community together," Emanuel said.