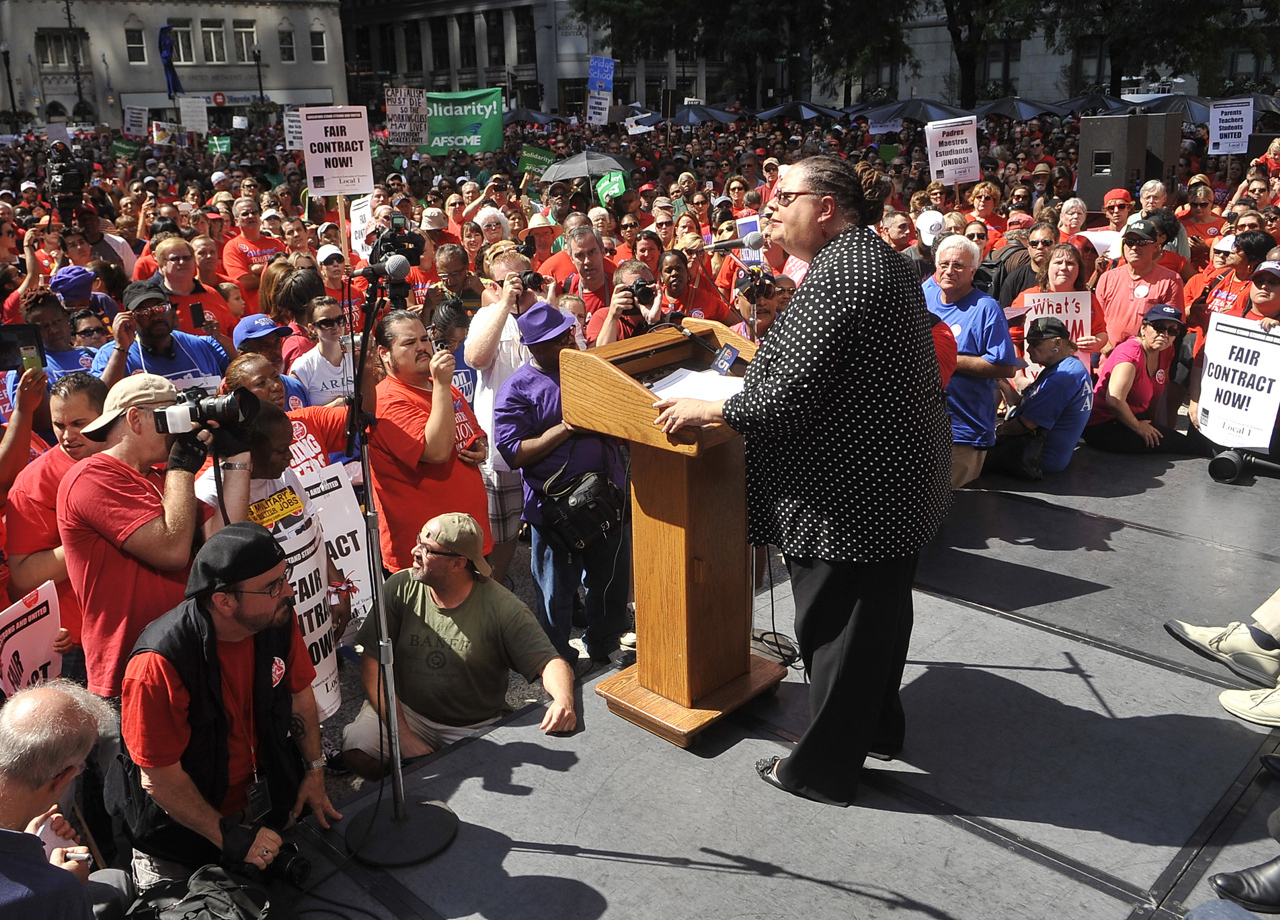 Tuesday marked the first day of school for the majority of public school students, but they may be without teachers in less than a week. As CBS Station WBBM reports, CPS officials and representatives of the Chicago Teachers Union are working to reach a contract deal.

If they do not, beginning next Monday the city's teachers will go on strike, for the first time since 1987, said WBBM correspondent Susanna Song.

Sources tell CBS Station WBBM that, currently, the district is offering its teachers an 8 percent raise over four years, and wants to form a committee to create a new pay system.

Teachers are also expressing concerns with teacher recall, feeling that if schools consolidate and close - as planned for the year to come - veteran teachers could lose their jobs. Those teachers want a guarantee that they will be the first to be hired back.

Brizard said officials are doing everything they can to avert a strike.

"We really understand the stress on our families and our students, and we have groups of people who are working very, very hard to make sure that next Monday is a full school day," Brizard told WBBM, "so we're negotiating and made some good progress over the weekend. We're scheduled every day this week to find a resolution, so hard-working folks are making sure next Monday is a full school day."

Brizard said officials have already resolved more than 400 issues with the union, and that this weekend they have gotten closer to an agreement.

"Again, we're not there yet, but we have a week, and we've got to make sure it's done before next Monday," he said.

At Monday's rally, union president Karen Lewis told WBBM correspondent Derrick Blakley it is not definite that teachers will walk out next Monday.

"I am extremely optimistic, because I'm seeing movement that they're actually working to take care of some of the issues that are on the table," she said.

If there is a strike, CPS officials are prepared, Brizard said.

"First of all, we cannot replace our teachers. I need my 25,000-plus teachers to be in the classroom next week to teach our kids. Wonderful what's happening in our schools; I want to make sure it continues.

"But if the leadership decides to go on strike, we have prepared about 145 sites to provide breakfast and lunch for our kids and other activities - faith-based organizations, not-for-profits, a lot of folks are getting prepared just in case. But again, my hope is that I never have to execute that plan."