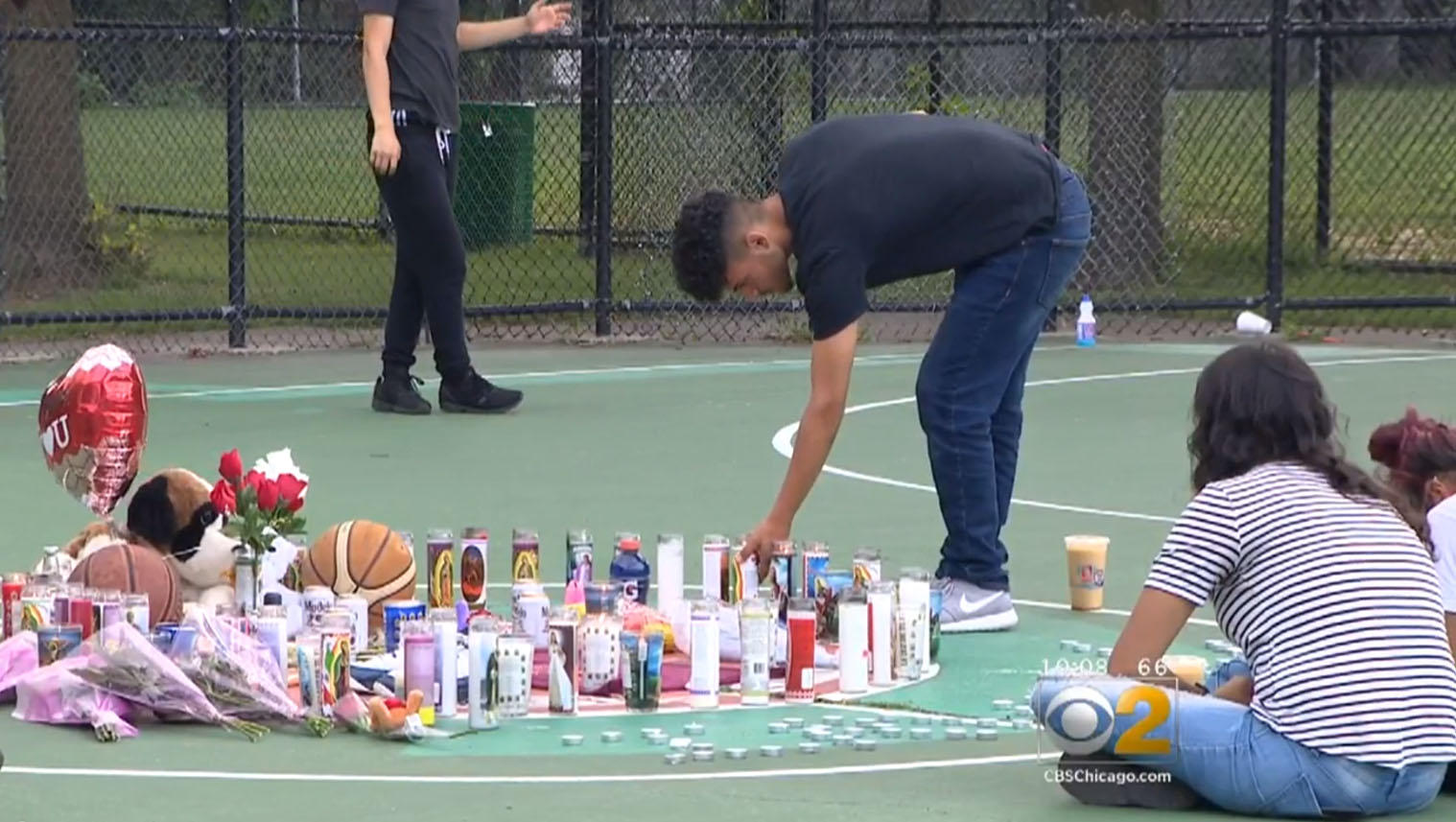 Irving Estrada was playing basketball with friends in Cicero when someone approached him around 8 p.m. and opened fire, Cicero police tell the station. The Chicago Tribune reports Estrada was struck in the abdomen and was pronounced dead at 9:08 p.m.

He lived less than three miles from where he was killed, the paper reports.

So far, there have been no arrests. A motive remains unknown. Police tell CBS Chicago they are searching for security video of the suspect and are following several good leads.

Friends and family gathered Wednesday at the basketball court to mourn the teen, reports the station. His mother attended the vigil, sobbing.

Friends told CBS Chicago Estrada loved basketball and often played with his friends. They couldn't think of a reason why anyone would want to hurt him.

"He was always a good kid," his friend Jocelyn Medina told CBS Chicago. "He was such a good friend to everyone."