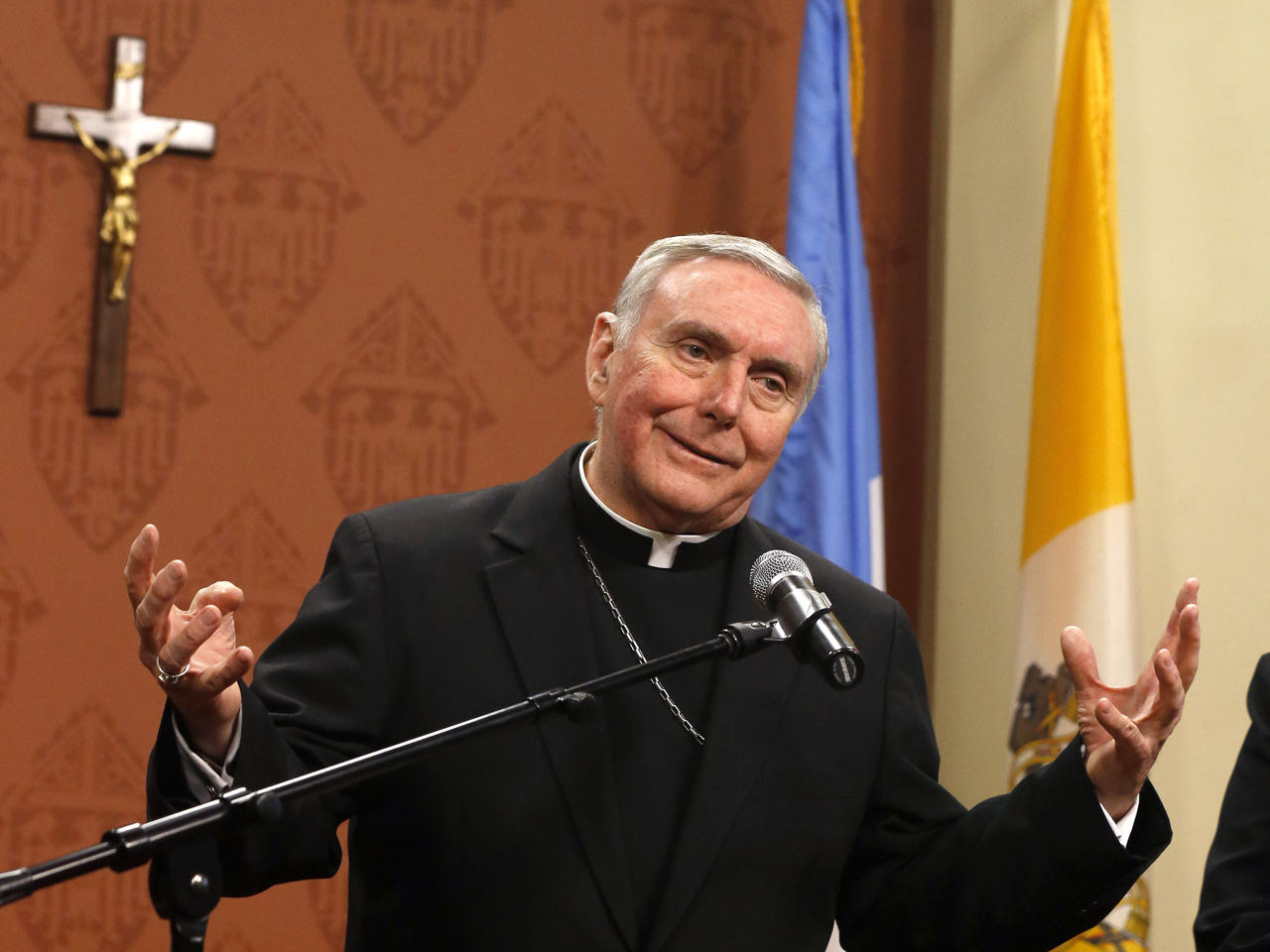 CHICAGO - After a 13-year-old boy reported in 1979 that a priest raped him and later threatened him at gunpoint to keep quiet, the Archdiocese of Chicago assured the boy's parents that although the cleric avoided prosecution, he would receive treatment and have no further contact with minors.

But the Rev. William Cloutier, who already had been accused of molesting other children, was returned to ministry a year later and accused of more abuse before he resigned in 1993, two years after the boy's parents filed a lawsuit. Officials took no action against Cloutier over his earliest transgressions because he "sounded repentant," according to internal archdiocese documents released Tuesday that show how the archdiocese tried to contain a mounting scandal over child sexual abuse.

For decades, those at the highest levels of the nation's third-largest archdiocese moved accused priests from parish to parish while hiding the clerics' histories from the public. The documents, released through settlements between attorneys for the archdiocese and victims, describe how the late Cardinals John Cody and Joseph Bernardin often approved the reassignments. The archdiocese removed some priests from ministry, but often years or decades after the clergy were known to have molested children.

While disturbing stories of clergy sexual abuse have wrenched the Roman Catholic Church across the globe, the newly released documents offer the broadest look yet into how one of its largest and most prominent American dioceses responded to the scandal.

The documents, posted online Tuesday, cover only 30 of the at least 65 clergy for whom the archdiocese says it has substantiated claims of child abuse. Vatican documents related to the 30 cases were not included, under the negotiated terms of the disclosure.

The records also didn't include the files of former priest Daniel McCormack, who pleaded guilty in 2007 to abusing five children and whose case prompted an apology from Cardinal Francis George and an internal investigation of how the archdiocese responds to abuse claims.

But the more than 6,000 pages include internal communications between church officials, disturbing testimony about specific abuses, meeting schedules where allegations were discussed, and letters from anguished parishioners. The names of victims, and details considered private under mental health laws were redacted.

In a letter distributed to parishes last week, Cardinal George apologized for the abuse, and said the archdiocese agreed to turn over the records in an attempt to help the victims heal.

The archdiocese released a statement Tuesday saying it knows it "made some decisions decades ago that are now difficult to justify" and that society has evolved in how it deals with abuse.

"The Church and its leaders have acknowledged repeatedly that they wished they had done more and done it sooner, but now are working hard to regain trust, to reach out to victims and their families, and to make certain that all children and youth are protected," the statement read.

One of the victims, Angel Santiago, said at a news conference Tuesday that he hopes more victims find the courage to come forward.

"We are an army now," said Santiago, who was abused as a boy in the early 1980s at a Chicago parish.

Officials in the archdiocese said most of the abuse detailed in the files released Tuesday occurred before 1988, none after 1996, and that all these cases ultimately were reported to authorities.

But victims' lawyers argue many of the allegations surfaced after George assumed control of the archdiocese in 1997, and some of the documents relate to how the church handled the cases more recently. They also said they're working to get files on the other 35 priests.

"The issue is not when the abuse happened; the issue is what they did once it was reported," said Chicago attorney Marc Pearlman, who has represented about 200 victims of clergy abuse in the Chicago area.

When a young woman reported in 1970 that she'd been abused as a teen, for example, Cody assured the priest that the "whole matter has been forgotten" because "no good can come of trying to prove or disprove the allegations."

Accused priests often were quietly sent away for a time for treatment or training programs, the documents show. When the accused clerics returned, officials often assigned them to new parishes and asked other priests to monitor them around children.

In one 1989 letter to Bernardin, the vicar for priests worries about parishioners discovering the record of the Rev. Vincent E. McCaffrey, who was moved four times because of abuse allegations.

"Unfortunately, one of the key parishioners ... received an anonymous phone call which made reference by name to Vince and alleged misconduct on his part with young boys," wrote the Rev. Raymond Goedert. "We all agreed that the best thing would be for Vince to move. We don't know if the anonymous caller will strike again."

When the archdiocese tried to force accused clergy into treatment or isolate them at church retreats, some of the priests refused, or ignored orders by church administrators to stay away from children.

Church officials worried about losing parishioners and "potential priests" over abuse scandals. "This question I believe is going to get stickier and stickier," Patrick O'Malley, then-vicar for priests, wrote in a 1992 letter.

Then, in 2002, a national scandal about dioceses' failures to stop abusers consumed the American church. U.S. bishops nationwide adopted a toughened disciplinary policy and pledged to remove all guilty priests from church jobs in their dioceses.

But for many victims, it was too little and too late.

"Where was the church for the victims of this sick, demented, twisted pedophile?" one man wrote in a 2002 letter to George about abuse at the hands of the Rev. Norbert Maday, who was imprisoned in Wisconsin after a 1994 conviction for molesting two boys. "Why wasn't the church looking out for us? We were children, for God's sake."