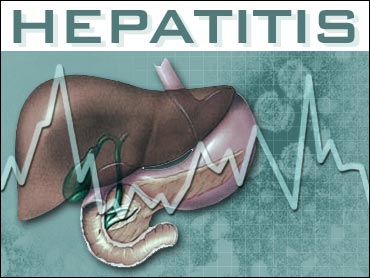 Five lawsuits have already been filed against the Chi-Chi's restaurant chain over a hepatitis A outbreak that has killed three people and sickened more than 600, and scores of other lawsuits are likely to follow.

But legal experts say two key issues facing the company could determine whether victims and their families get the settlements they seek: insurance and bankruptcy.

The Mexican restaurant chain filed for Chapter 11 bankruptcy protection on Oct. 8, citing cash flow problems, a month before the hepatitis outbreak was confirmed.

On Friday, a bankruptcy judge gave limited approval to Chi-Chi's plans to begin paying some expenses for those sickened in the outbreak — up to $20,000 per claim. He did not, however, fully approve Chi-Chi's plan to pay $500,000 on an insurance deductible so the company could tap into as much as $51 million in liability insurance it may need to settle claims. A hearing is set for Tuesday on the matter.

If Chi-Chi's does not emerge from Chapter 11, some hepatitis plaintiffs might find themselves waiting in line for pennies on the dollar behind the chain's other creditors, said Chicago attorney Robert Clifford, who led a group of plaintiffs who settled multimillion-dollar claims after a US Airways flight crashed near Pittsburgh in 1994. US Airways emerged from Chapter 11 about a year before the crash.

"If, at the end, you've got a bankrupt defendant who did it, these people are going to get (shortchanged)," he said. "Bad things happen to good people every day in America."

Also unclear is whether Chi-Chi's has enough insurance to settle the cases in the same fashion as other restaurants that faced similar food poisoning lawsuits.

Hundreds of people sued the Jack in the Box fast-food chain after it served hamburger tainted with E. coli in 1993 that killed three children and sickened hundreds.

The burger chain offered to pay medical bills and some lost wages. Still, the linchpin to settling the lawsuits was $100 million in liability insurance, said William Marler, a Seattle attorney who has filed three of the five Chi-Chi's lawsuits so far.

Chi-Chi's has stated in bankruptcy documents that it has $51 million in liability insurance — about half as much as Marler believes the company will need.

Marler represents some 80 people who contracted hepatitis A or received shots to prevent it after eating at the restaurant, about 25 miles northwest of Pittsburgh. The three suits Marler has filed have been put on hold by a judge to protect creditors of the Louisville, Ky.-based chain.

"It is absolutely within the best interests of Chi-Chi's to do right by its customers," Ernst said. "But that (insurance and lawsuit settlement) part of it is not like the Jack in the Box case — we have to comply with the bankruptcy court."

"Pain and suffering and loss of enjoyment of life are important," Peirce said. "But I don't want clients looking for some big payday, because that's not what I'm here to do."

None of the lawsuits filed so far are on behalf of those who died in what is the biggest known hepatitis A outbreak. It, like other recent outbreaks in Georgia and Tennessee, was blamed on tainted green onions.

Another outbreak, which sickened 16 people in North Carolina, probably stemmed from the same source as the Georgia outbreak, according to a report by Georgia's health department obtained by The Associated Press.

The Georgia outbreak had previously been traced to green onions shipped from Mexico, and the report said a single Atlanta Farmers' Market distributor provided green onions from California suppliers to three Georgia restaurants where multiple people got the liver infection.

Federal health officials said Friday that green onions from Mexico probably were responsible for the Pennsylvania outbreak, but stopped short of saying they came from one of three Mexican companies known to have supplied the onions blamed for other outbreaks.

Since the outbreak, the Food and Drug Administration has recommended that people cook green onions, or scallions, thoroughly when preparing food at home, and check food at restaurants. Salads and salsa often contain raw green onions.

Hepatitis A is caused by a virus that affects the liver; symptoms usually include yellowing of the skin, nausea and fever. Most cases are mild, but the Centers for Disease Control and Prevention says about 15 percent of patients have recurring symptoms for six to nine months. The disease is more serious for people with liver problems. About 100 Americans died from it in 2000.

It can be contracted by eating contaminated food, or having sex or sharing needles with an infected person. About a third of Americans have antibodies to the virus, indicating they were infected at an earlier age. Some countries — particularly in Africa, the Middle East and south Asia — have a much higher prevalence.