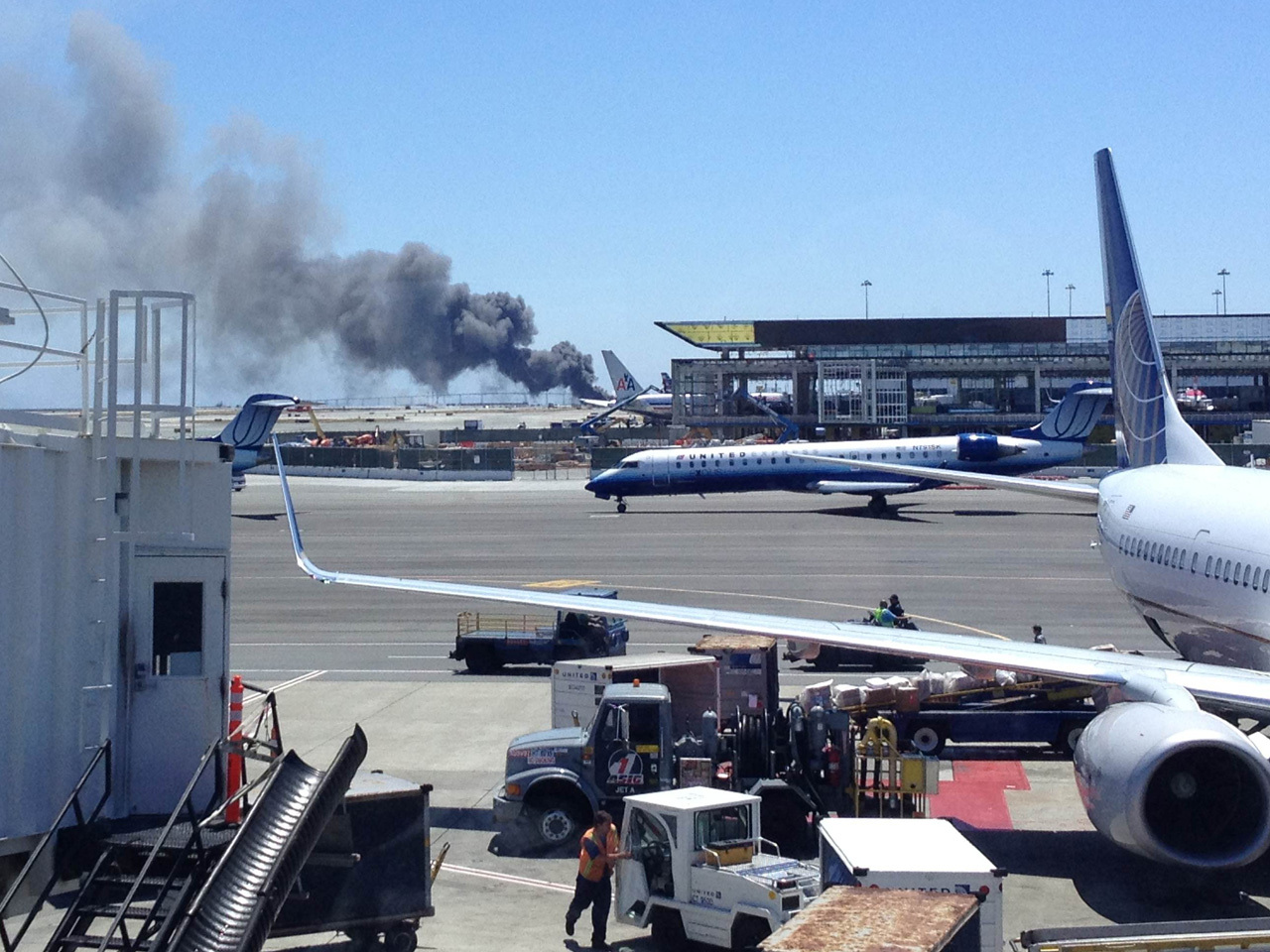 (CBS News) Asiana Airlines flight 214 from Seoul, South Korea, crashed on landing at 11:26 a.m. Pacific time on Saturday at San Francisco International Airport. The Boeing 777 had more than 300 people on board. At least two are dead anywhere between 73 and 103 are injured, as many as 10 critically.

An eyewitness reports seeing the plane descend in what appeared to be an uneventful touchdown and then suddenly careen out of control with the plane's tail section breaking apart and fire burning in the midsection.

Axelrod: Sully, from the initial reports about this crash, what stands out to you?

Sullenberger: Well, this apparently is the first accident involving a Boeing 777 that involves passenger fatalities. It is obvious the plane landed short of the runway and began to slide down the runway, resulting in a post-crash fire. You can see from the video I have been able to watch a debris trail leading up to the airplane from the impact point.

Axelrod: You have landed yourself at San Francisco International any number of times. Anything more challenging about landing there than other airports?

Sullenberger: There are several things that make it unique. In fact, the FAA classified it as a special airport, along with other airports worldwide that involve mountainous terrain or other special challenges. It is surrounded by water, and of course water is a featureless terrain where depth perception can sometimes difficult be. There are shifting winds, low visibilities, so there are several things that make it special, plus high terrain just past it.