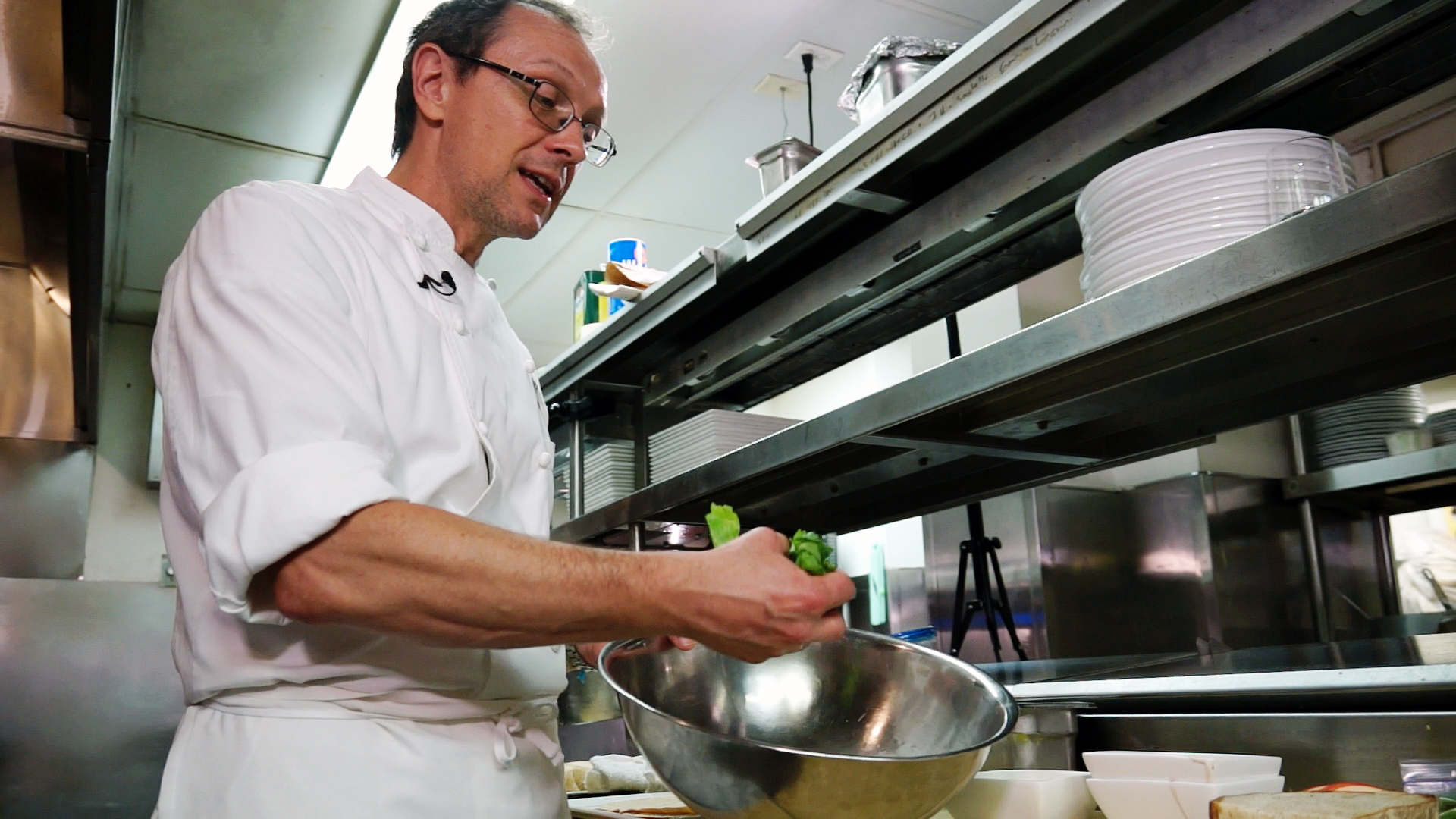 New York City chef Bill Telepan is known for his chic and inventive Nouveau American cuisine -- but he's also a pro at putting together the kind of healthy lunch kids love to take to school.

Telepan is the owner and chef of Telepan and Telepan Local, both restaurants that feature fresh seasonal ingredients. He's also the executive chef of Wellness in the Schools, a non-profit organization that runs programs to educate children about healthy food and lifestyle choices.

"If you plan ahead and think about it a little you can really pack your kids a good, healthy lunch that will get them through the rest of their school day," Telepan told CBS News. "My daughter, I pack her lunch a few days a week and essentially it's a couple of things I think she likes that over the years I've sort of tested with her."

Telepan said many parents find it daunting to prepare something portable, tasty and nutritious for their child, which often means they resort to prepackaged "meals" that consist of crackers, meat and some type of cheese -- easy, yes, but full of preservatives and high in calories, fat and sodium.

Recently, Telepan invited CBS News to his kitchen, where he demonstrated some simple ways to go beyond basic bologna.

Telepan's first rule of thumb is to be sure the lunch you pack for your child has plenty of fresh fruits and vegetables. He suggests cutting up a variety of veggies at the start of the week, such as cucumbers, radishes and string beans. You can then keep them in a large Ziploc bag and dole out single portions each day.

However, while raw veggies are good, to really win over a kid, try one of Telepan's wraps.

"Wraps are great because you can package them," he said. "They're easy to hold, kids like them. You can pack them with a lot of stuff, doesn't have a lot of bread in there."

To make one of Telepan's more popular creations, start by preparing a vinaigrette with orange juice, a little cider vinegar, honey mustard, honey and extra virgin olive oil. Next, chop up romaine lettuce and spinach and grated carrot. Put them in a bowl with a few splashes of dressing, a pinch of salt and give them a toss until the salad is evenly coated. Now, cut up an apple and cheddar cheese into thin slices. Stack the cheese, apples and few heaping portions of salad onto the wrap and roll it up burrito-style.

"[This wrap] is also a way to get them to try salads," he explained. "This way you have a little sweetness from the apple and the vinaigrette. I believe kids really like that sharpness of flavors and I see that a lot, especially with my daughter at home."

Telepan's pizza wrap, another hit among pint-sized foodies, features mozzarella, tomato, basil, romaine lettuce and spinach. He flavors it with an Italian-style dressing made up of a little balsamic vinegar, garlic and olive oil.

But a good well-balanced lunch doesn't stop there. Telepan has two tried-and-true recipes for side dishes that can be made in batches to last a week at a time.

"We make a healthy coleslaw at home," he said. He tosses shredded cabbage with "a little lime juice, a little white wine vinegar and olive oil with some onion and carrot in it."

A simple and cheap can of black beans can also become a popular lunchtime commodity. "Beans are really high in protein, they've got a lot of good vitamins and minerals in them and they're just really wonderful," said Telepan. "They're great, great food for a kid going back to the rest of their school day."

To make a simple black bean salad, pour a can of beans into a large plastic Tupperware container, add a pinch of a salt, one grated garlic clove, olive oil and a splash of both red wine vinegar and balsamic vinegar.

Lastly, don't be afraid to complete your kid's meal with a little something sweet, such as a piece of dark chocolate, a granola bar or one cookie.

"I think depriving kids of something sweet can actually do more harm than good," Telepan explained. "I think eventually they'll find the stock you have in the house and then eat it. I like to give them a little something, but again, make it small so it's enough that they get some satisfaction and make sure you surround their lunch with a lot of good other things."