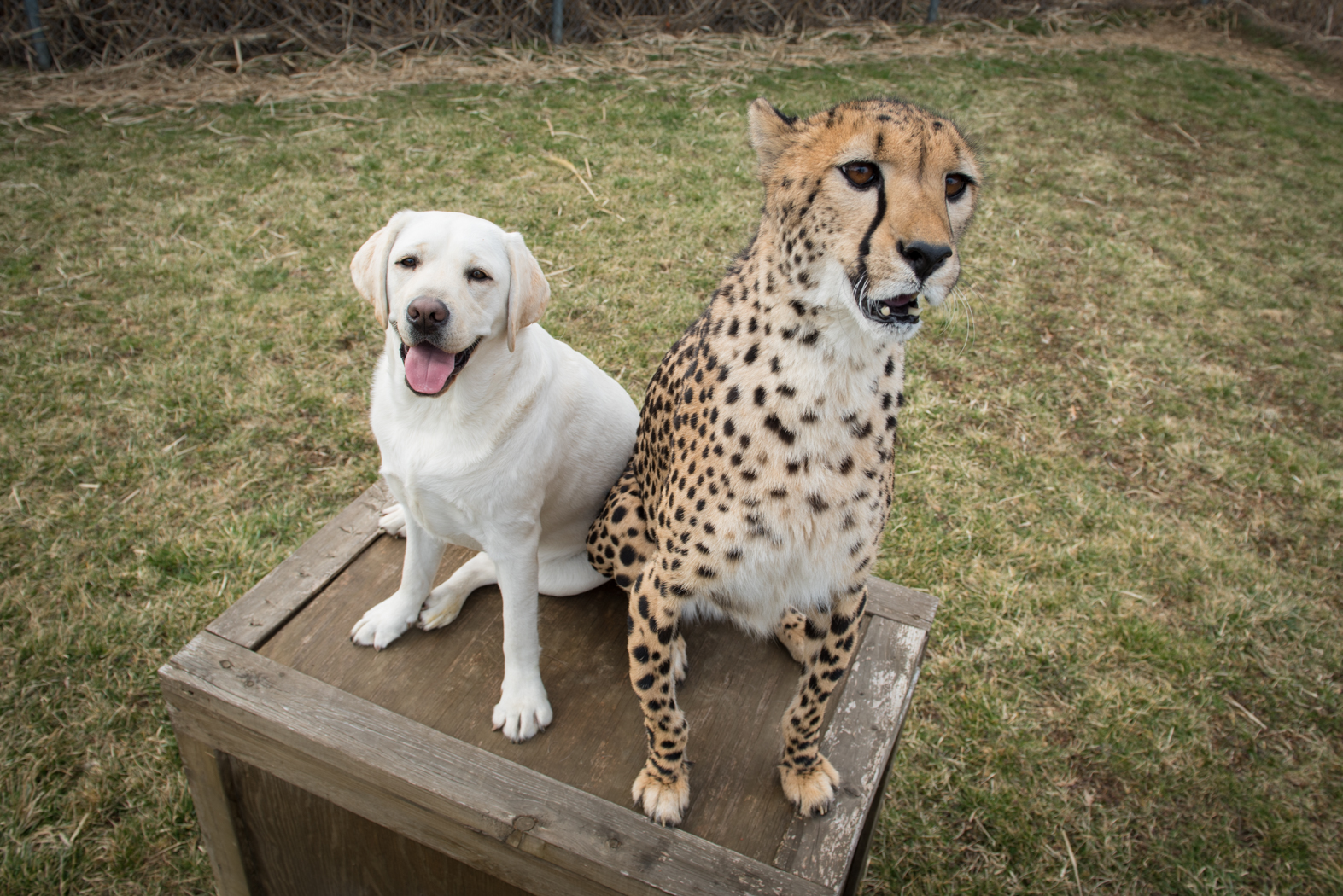 Despite being the fastest animal on Earth, the cheetah has had a hard time outrunning its fate as the most endangered wild cat. But a new partnership between farmers and conservationist is having great success in Africa and in zoos across America, reports CBS News correspondent Don Dahler.

Deep in the "Heart of Africa" exhibit at the Columbus Zoo, visitors gather every day to catch a glimpse of one of America's most popular animals - the Labrador retriever.

"The number one question up here, this $40 million exhibit: 'Are the dogs coming out?' It's the number one question," said Suzi Rapp, who runs the zoo's animal programs. "And I say the Columbus Zoo built the world's most expensive Labrador retriever exhibit in the world... the biggest dog run."

But dogs like Coby aren't alone in the exhibit. They share it with some pretty big cats - cheetahs. Though an unlikely pair, the animals get along like siblings.

"If you place the puppy with the cubs, then pretty soon the cubs don't realize - they think it's their brother, their sister," Rapp said. "What I've learned is that we want our cheetahs to have all the confidence in the world. And we know we can't give it to them, but we know the dogs can."

In addition to confidence, the dogs can offer comfort. When a cheetah named Keyara needed leg surgery earlier this year, Coby helped her recuperate, providing the kind of support you'd expect from a best friend.

"Without him, I don't know that we could have pulled this off. She will be fantastic. She will do great. I could not say that if we didn't have that relationship with the dog," Rapp said.

This affectionate bond between cat and dog on display at zoos across the country is a way to promote the life-saving role dogs play for cheetahs in the wild.

"How they are saving cheetahs is not by being their friend," Rapp said. "There's a specific dog in Africa that is actually saving the cheetahs and it's called the Anatolian Shepherd."

Anatolian Shepherds act as livestock guard dogs for African farmers. They are provided by the Cheetah Conservation Fund through support of partners like the Columbus Zoo, where Jack Hanna is director emeritus.

"You may see in history that this dog can be responsible for saving the cheetah from extinction. That is one heck of a story right there," Hanna said.

Because the Anatolian Shepherd is a big dog with a big bark, farmers use them to scare cheetahs off their land, as opposed to trapping or shooting them.

"They're the ones the cheetah go 'wow,'" Hanna said.

The simple solution started by the Cheetah Conservation Fund in 1994 has helped grow the cheetah population in Namibia from 2,500 to nearly 4,000.

"We all woke up. In Africa, they've woken up. They know the cheetah has problems," Hanna said. "And that's with the farmers. Poachers now? That has declined a great deal. We still have poaching - it's like anything else in the world, you know, I'm sorry to say. And I believe the dogs will - not will - is helping a great deal to control the hunting of the cheetah, as well as trapping. The cheetah now has to come back."

So if you happen to see dogs and cheetahs palling around at your local zoo, you'll be able to appreciate the significance of their friendship.

In addition to the Columbus Zoo, you can find cheetahs and canines cohabitating at the Cincinnati Zoo, the Metro Richmond Zoo in Virginia and the San Diego Zoo, where the animals were first paired up more than 30 years ago.