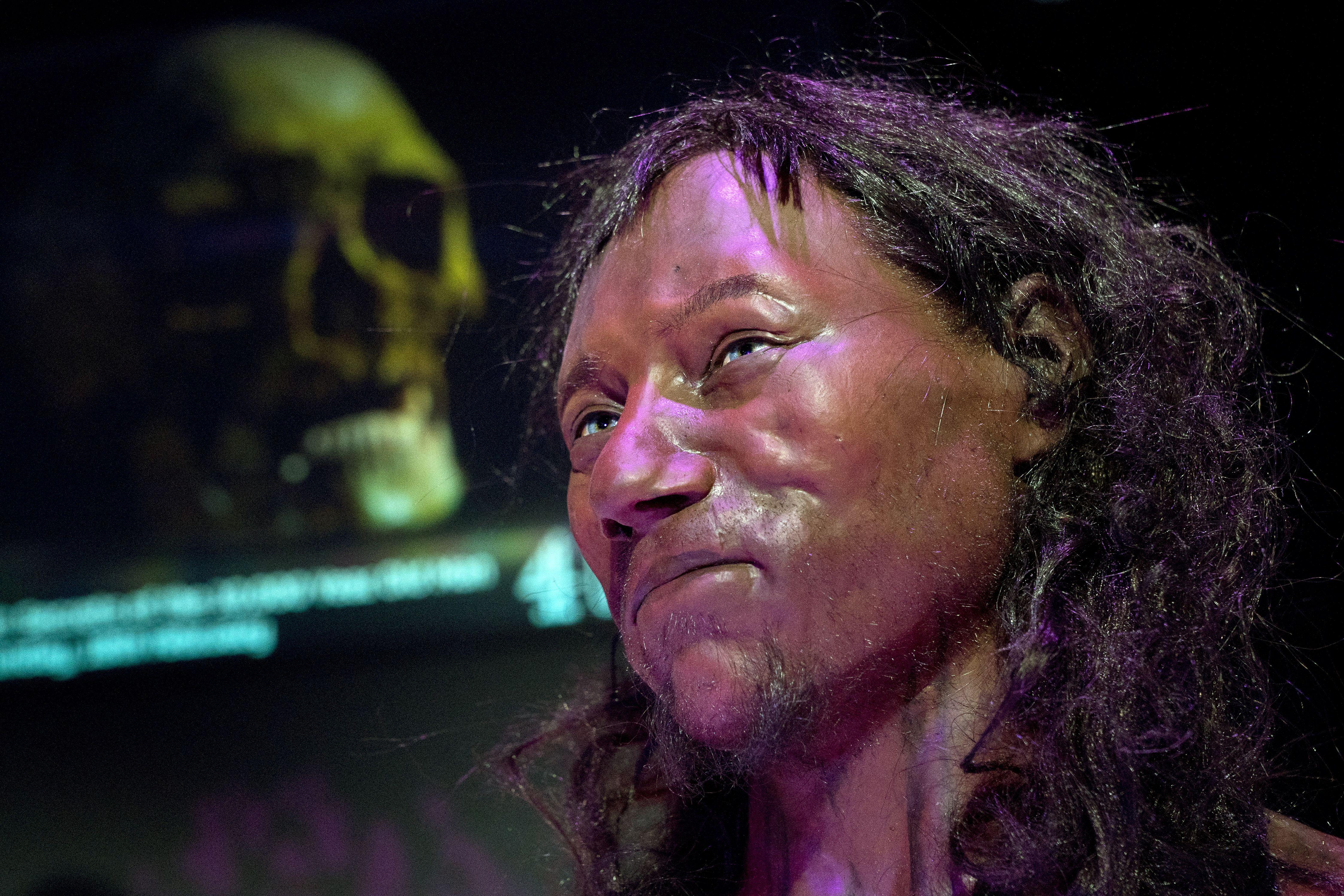 LONDON -- The first modern Briton had dark skin and blue eyes, London scientists said on Wednesday, following groundbreaking DNA analysis of the remains of a man who lived 10,000 years ago.

Known as "Cheddar Man" after the area in southwest England where his skeleton was discovered in a cave in 1903, the ancient man has been brought to life through the first ever full DNA analysis of his remains.

In a joint project between Britain's Natural History Museum and University College London, scientists drilled a 2mm hole into the skull and extracted bone powder for analysis.

Their findings transformed the way they had previously seen Cheddar Man, who had been portrayed as having brown eyes and light skin in an earlier model.

"It is very surprising that a Brit 10,000 years ago could have that combination of very blue eyes but really dark skin," said the museum's Chris Stringer, who for the past decade has analysed the bones of people found in the cave.

The findings suggest that lighter pigmentation being a feature of populations of northern Europe is more recent than previously thought.

Cheddar Man's tribe migrated to Britain at the end of the last Ice Age and his DNA has been linked to individuals discovered in modern-day Spain, Hungary and Luxembourg.

Selina Brace, a researcher of ancient DNA at the museum, said the cave environment Cheddar Man was found in helped preserve his remains.

"In the cave you have a really nice, cool, dry, constant environment, and that basically prevents the DNA from breaking down," she said.

It took close to three months to build the model, with its makers using a high-tech scanner which had been designed for the International Space Station.

Alfons Kennis, who made the bust with his brother Adrie, said the DNA findings were "revolutionary."

"It's a story all about migrations throughout history," he told Channel 4 in a documentary to be aired on February 18.

"It maybe gets rid of the idea that you have to look a certain way to be from somewhere. We are all immigrants," he added.