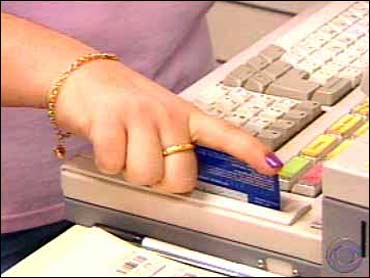 This column was written by Evan Schuman, the editor of StorefrontBacktalk, a site that tracks retail technology, e-commerce and security issues. Retail Realities appears every Friday. Evan can be reached at E-mail and on Twitter.


Sears and its Kmart subsidiary last Monday (July 19) agreed to write a $1.1 million check to various California law enforcement agencies to settle charges that the company repeatedly charged consumers much higher prices than advertised. Officials said the overcharges appeared to be human error--as opposed to a technology glitch. But the overcharges happened so often and in so many locations that they seemed to be systematic.

The frustration for other retailers trying to avoid Sears' fate is that technology can only go so far and that without extraordinary vigilance, pricing errors are almost unavoidable. A relatively tiny number of chains in the U.S. have toyed with electronic shelf label (ESL) packages-including TJX, Wal-Mart, Albertson's, BJ's Wholesale, Costco, Kohl's, Pathmark, A&P, Whole Foods, Waldbaum and Kmart itself-but few have been deployed in a meaningful way.

California authorities point out that, even had they been deployed, today's ESL offerings likely wouldn't have spared Sears the fine. First, there are too many low-tech issues. For example, if store management places a big sign in an aisle proclaiming that everything in a particular section is an extra 40 percent off today only, the shelf labels would be superseded and made irrelevant. Also, many of the items at Sears were clothing items that had their own pricetags, as opposed to goods that are solely governed by a shelf label.

Although those are all low-tech issues, ESLs have plenty of high-tech issues, too. Among such issues is wireless interference (no wireless signal, no updated pricing). But if those wireless problems are sufficiently intermittent, store management may never even know that some of the labels are not being updated.

A technology consultant working for NCR Canada--one of the larger vendors trying to sell ESLs--recently posted a wonderful blog item on some of the technology's very real hurdles, especially cost.

"There is still a significant startup cost with thousands of tags required at the outset. There will also be an effort to get all of the tags programmed with the correct UPCs, and the installation costs, which may also require changes to shelving and tag mounts in the stores," wrote NCR's Tim Dickey. "There is also the cost and effort of validating that all tags are working with the wireless network and interfacing with the program to validate prices correctly required at every store. From an ongoing perspective, the costs appear very low at first glance, but it is important to consider that there will be replacement costs for tags that are stolen or damaged, or just quit working. If there is a failure of the wireless system, or the software program to update the tags, the tags will be frozen at one price, and not updatable."

Dickey added that some difficult environments--such as freezers--will make breakage even more likely. Also, staff management of the system--and dealing with all of the exceptions--may create a personnel burden not that much lighter than the manual one ESL is supposed to replace. "It is likely that not all signage will be replaced by the digital solution, meaning staff will have to manage two platforms," he wrote.

Clearly, pricing is not an in-store-only problem, as Amazon discovered when its systems placed a $3 billion pricetag on a CD of out-of-date software and when Zappos had to cough up $1.6 million to make good on promised-and errorneous-online prices.

This is all on top of the struggles trying to keep prices the same between online and in-store, amidst some reports that retailers shouldn't even try. The U.S. Supreme Court even weighed in, with a decision that is forcing many Web sites to hide their pricing.
Technically, the day that did Sears in was Jan. 21, 2010, at 11:30 AM, when California investigators bought a series of items from a Sears store. These purchases included a $7.49 Kraftsman folding utility knife-which rung up at a POS as $14.99-and a $29.97 six-pack of a Covington athletic t-shirt that the POS listed at $39.96, said Stuart Lytton, a Los Angeles deputy district attorney.

We say "technically" because other prosecutors involved in the case stressed that Sears would not have been charged for the incident if state investigators hadn't documented a much larger number of over-pricing incidents at stores throughout California.

"The computer and the people didn't interact that well," said Lytton, referring to Sears' employees and its POS system.

Some retail IT execs who had hoped, a few years ago, that ESL would solve the inconsistent pricing issue have been disappointed, said Robert Nickels, a deputy district attorney for California's Marin County. "They weren't the great panacea that [retailers] thought they were. There were a series of problem," said Nickels, adding that labels often didn't contain enough information and that they "didn't necessarily say what product it referred to."
Greg Buzek, who has tracked ESL and related technologies for years as president of IHL, said there are a host of reasons ESL hasn't taken off.

"The single largest pricing issue many retailers have is getting the promotional prices that are in the flyers into the stores. Often, the stores don't have those prices in time reflected on their price labels," Buzek said. "When it comes to electronic shelf labels, the disparity in prices could be due to disparate databases if the labels are not working off the same database as the POS system. If they are working off the same database, any disparity is very likely due to human error in either entering the data or synchronizing the host pricing table to the store."

Whether the pricing systems are automated or manual, there are so many pricing hiccups with these systems that the only way to maintain pricing consistency is through relentless store management. No one likes checking and rechecking prices, but Sears now has 1.1 million reasons to take that chore much more seriously.

The opinions expressed in this commentary are solely those of the author.
By Evan Schuman
Special to CBSNews.com