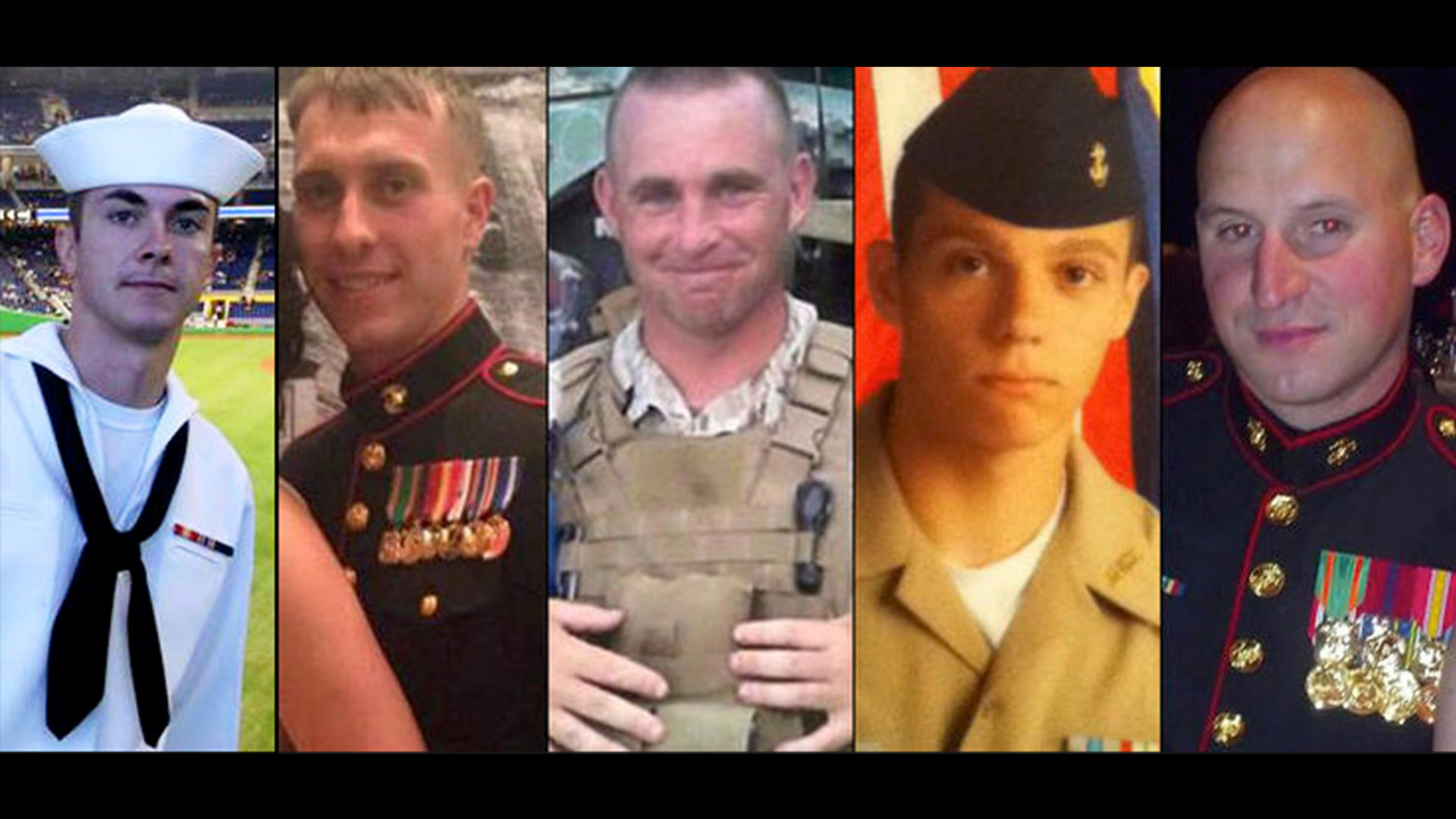 The victims of a July shooting at two military facilities in Chattanooga, Tennessee, will be awarded Purple Hearts, now that the government has ruled the attacks were inspired by a foreign terrorist group.

Four Marines and a Navy sailor were killed and two others wounded when Mohammod Youssuf Abdulazeez, 24 opened fire on two military facilities in Chattanooga in July 2015. U.S. Attorney Bill Killian initially government was treating the investigation as an act of terrorism, but later backed away from that language.

Secretary of the Navy Ray Mabus said Wednesday that after an extensive investigation, the FBI and Naval Criminal Investigation Services (NCIS) "have determined that this attack was inspired by a foreign terrorist group, the final criteria required for the awarding of the Purple Heart to this Sailor and these Marines."

"Although the Purple Heart can never possibly replace this brave Sailor and these brave Marines, it is my hope that as their families and the entire Department of the Navy team continue to mourn their loss, these awards provide some small measure of solace. Their heroism and service to our nation will be remembered always," Mabus said.

The announcement might have been sparked by FBI Director James Comey, who included the shooting in a list of recent terror attacks when he spoke with reporters after a speech Wednesday.