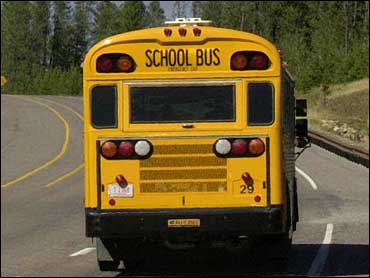 Students in charter schools, often seen as an alternative to failing neighborhood schools, are scoring significantly below public school pupils in basic reading and math skills, a new study shows.

Charter school students were anywhere from a half year to a full year behind their public school peers, researchers at the Brookings Institution concluded after reviewing 1999-2000 reading and math achievement test scores of 376 charter schools in ten states.

The study, the first independent snapshot of charter school performance across the nation, found that 59 percent of students at traditional public schools scored better than charter school students during the period studied.

The findings don't necessarily reflect poorly on charter schools, which often attract students who are looking for a way to improve their skills, the authors caution.

In a few states, such as Texas, these schools actively seek out such pupils, said Tom Loveless, a senior fellow at the Brown Center on Education Policy at Brookings, a liberal-oriented think tank here. "They're out looking for kids who are low-achieving," he said.

Jeanne Allen, president of the Center for Education Reform, a Washington organization that advocates for charter schools, said more information is needed on how much students learn after they've spent a few years in a charter school.

"They're the kids who were much more likely to fall through the cracks before anybody else," she said. "That's who tends to leave their school and join up at a charter school first."

Charter schools are public schools that have signed an agreement with their states to improve students' education, often by unconventional means.

Generally overseen by an independent board and given greater freedom over budgets, hiring and purchasing, charter schools can be opened by nonprofit groups, churches, universities, community centers, parents, groups of teachers and school districts themselves.

Many charter schools specialize in helping children from inner-city neighborhoods, with smaller enrollments and different approaches to learning that aren't generally accepted in traditional public schools.

Charter schools have met with resistance by teachers unions and many in the educational establishment who say they often hire unlicensed and nonunion teachers. Because charter schools' finances aren't always closely scrutinized, they sometimes close after only a few years because of financial mismanagement.

Over the past decade, the schools' tenacity has earned them a place in the education debate. About 2,400 charter schools served more than half a million children during the 2001-2002 school year. More than half of those - about 1,300 - opened in the past three years alone. Allen said nearly 400 are opening this fall.

Researchers found that scores of urban charter school students were no worse than others but suburban and rural charter schools had much lower scores.

They also found that about 38 percent of charter school students are poor - the same as in public schools.

But charter schools serve a slightly higher percentage of black and Hispanic students than their more traditional counterparts, the study found.