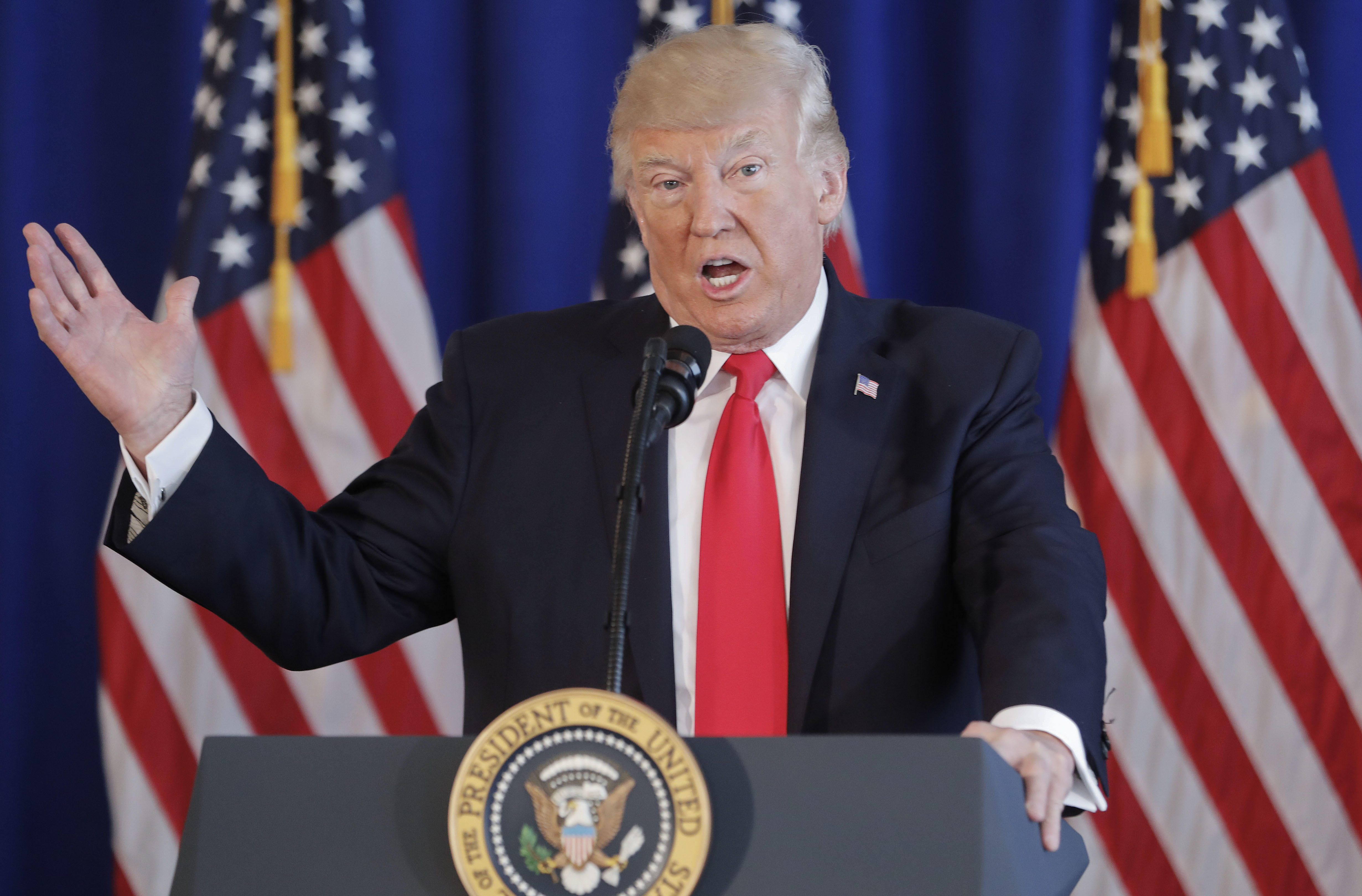 BEDMINSTER, N.J. -- The White House on Sunday defended President Trump's reaction to the events that rattled Charlottesville, Virginia the previous day. A day of violent clashes between white nationalists and counter-protesters ended with a car slamming into the counter-protesters, killing one woman and leaving 19 others injured.

"The president said very strongly in his statement yesterday that he condemns all forms of violence, bigotry and hatred, and of course that includes white supremacists, KKK, neo-Nazi, and all extremists groups. He called for national unity and bringing all Americans together," a White House spokesman said in a statement.

The White House would not attach a staffer's name to the statement.

The president has drawn criticism from Republicans and Democrats for not explicitly denouncing white supremacists in the aftermath of the violent clashes in Virginia, with lawmakers saying he needs to take a public stand against groups that espouse racism and hate.

On "Face the Nation" on Sunday, Leon Panetta, who previously served as White House chief of staff, defense secretary and CIA director, said the president's failure to call out the groups by name sends the wrong message.

"His failure to address what really happened in Charlottesville, and the role of white supremacists, I think also sends a message that he is not recognizing the real causes of crises even within our own country," Panetta said.

Mr. Trump, on a working vacation at his New Jersey golf club, addressed the nation Saturday soon after a grey Dodge plowed into a group of anti-racist counter-protesters in Charlottesville, a college town where neo-Nazis and white nationalists had assembled to march.

The president did not single out any groups in his remarks, instead accusing "many sides" of violence.

"Hate and the division must stop, and must stop right now," he said. "We have to come together as Americans with love for our nation and ... true affection for each other."

The president did not answer questions from reporters about whether he rejected the support of white nationalists or whether he believed the car crash was an example of domestic terrorism. Aides who appeared on the Sunday news shows said the White House did believe those things, but many fellow Republicans demanded that Mr. Trump personally denounce the white supremacists.

Sen. Cory Gardner, R-Colorado, tweeted: "Mr. President -- we must call evil by its name. These were white supremacists and this was domestic terrorism."

Added Sen. Marco Rubio, R-Florida: "Nothing patriotic about #Nazis,the #KKK or #WhiteSupremacists It's the direct opposite of what #America seeks to be."

GOP Chris Christie of New Jersey, a staunch Trump supporter, wrote: "We reject the racism and violence of white nationalists like the ones acting out in Charlottesville. Everyone in leadership must speak out."

On the Democrat side, Senate Minority Leader Charles Schumer of New York said "of course we condemn ALL that hate stands for. Until @POTUS specifically condemns alt-right action in Charlottesville, he hasn't done his job."

And Democratic Gov. Terry McAuliffe of Virginia, who spoke to Trump in the hours after the clashes, said he twice "said to him we have to stop this hateful speech, this rhetoric." He urged Mr. Trump "to come out stronger" against the actions of white supremacists.

Mr. Trump's national security adviser, H.R. McMaster, said Sunday that he considered the attack in Charlottesville to be terrorism:

"I certainly think anytime that you commit an attack against people to incite fear, it is terrorism," McMaster told ABC's "This Week."

"It meets the definition of terrorism. But what this is, what you see here, is you see someone who is a criminal, who is committing a criminal act against fellow Americans."

The president's homeland security adviser, Tom Bossert, defended Mr. Trump's statement by saying that some of the counter-protesters were violent, too.

When pressed, he did specifically condemn the racist groups. The president's daughter and White House aide, Ivanka Trump, tweeted Sunday morning: "There should be no place in society for racism, white supremacy and neo-nazis."

White nationalists had assembled in Charlottesville to protest against the city's plan to take down a statue of Confederate Gen. Robert E. Lee. Counter-protesters massed in opposition.

On Saturday, after hours of violent encounters between the two groups, a car drove into a crowd of people peacefully protesting against the white nationalist rally. The driver was later taken into custody.

Mr. Trump's reaction drew praise from neo-Nazi website Daily Stormer, which wrote: "Trump comments were good. He didn't attack us. He just said the nation should come together. Nothing specific against us... No condemnation at all."

The website had been promoting the Charlottesville demonstration as part of its "Summer of Hate" edition.

Mayor Michael Signer, a Democrat, said he was disgusted that the white nationalists had come to his town and he blamed Mr. Trump for inflaming racial prejudices with his campaign last year.

"I'm not going to make any bones about it. I place the blame for a lot of what you're seeing in America today right at the doorstep of the White House and the people around the president," he said.

Mr. Trump, as a candidate, frequently came under scrutiny for being slow to offer his condemnation of white supremacists.