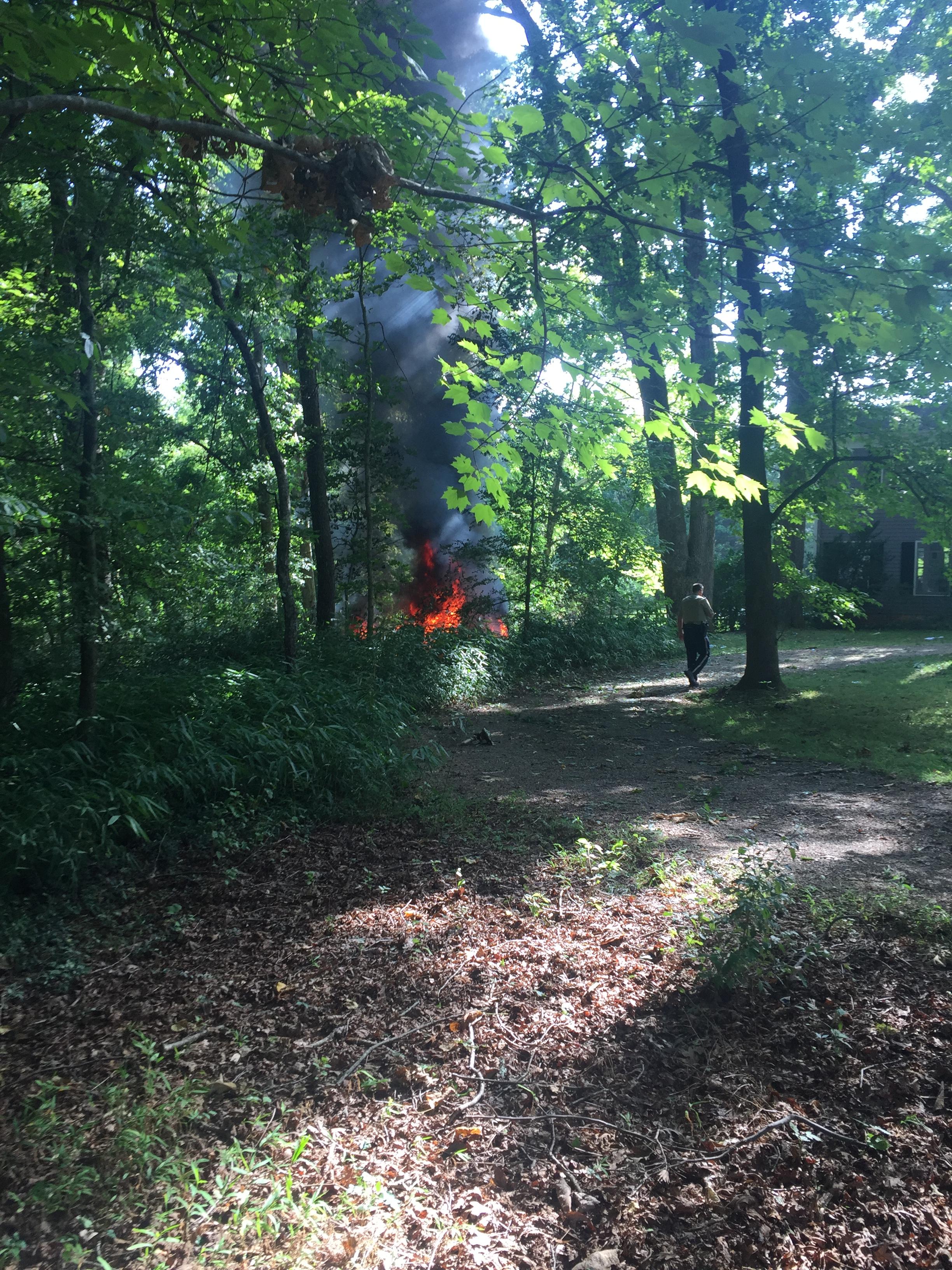 A Virginia State Police helicopter crashed Saturday in Albermale County, Virginia, near the city of Charlottesville, where a violent white nationalist rally was taking place.

The Bell 407 helicopter crashed seven miles southwest of Charlottesville, the FAA confirmed to CBS News. There are two confirmed fatalities, the Virginia State Police posted on their Facebook page. Both the people killed were on board.

President Trump tweeted Saturday night his "deepest condolences" to the family and fellow police officers after the crash.

The National Transportation Safety Board (NTSB) is investigating.

Witness Ben Ward told CBS News' Bo Erickson that he saw the plan "circling unnaturally" before it went down "in a tail spin."

Emergency crews were responding, according to CBS affiliate WCAV-TV.

A video from social media showed flames near a golf course.

Helicopters were reported flying overhead in Charlottesville as McAuliffe declared a state of emergency after what is believed to be the largest gathering of white nationalists in a decade. At least one person was killed and 19 injured when a car plowed into a group of counter-protesters.

Officials told the Associated Press the Virginia State Police helicopter was assisting with the rally.