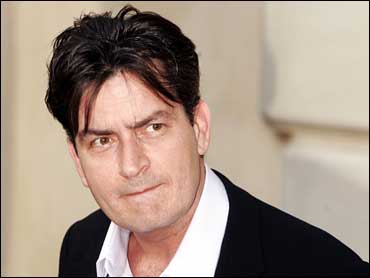 Charlie Sheen has gotten as much, if not more, press coverage for the drama in his personal life as he has for his work in film and television.

Sheen is the son of actor Martin Sheen and brother of actor Emilio Estevez. His career as an actor began in 1974 at the age of 9 when he appeared alongside his dad in the TV movie "The Execution of Private Slovik."

His career as a bad boy began in high school when he was expelled for bad grades and poor attendance just weeks before graduation.

That didn't stop him from launching a film career in 1986 in the movie "Platoon" and then "Wall Street" the following year.

He appeared for two seasons on the television comedy "Spin City."

Sheen is nominated for an outstanding lead actor in a comedy series for his work on "Three and a Half Men."

Sheen's wife Denise Richards filed for divorce April 19, 2006. The couple have two children. Sheen has another child from a previous relationship.